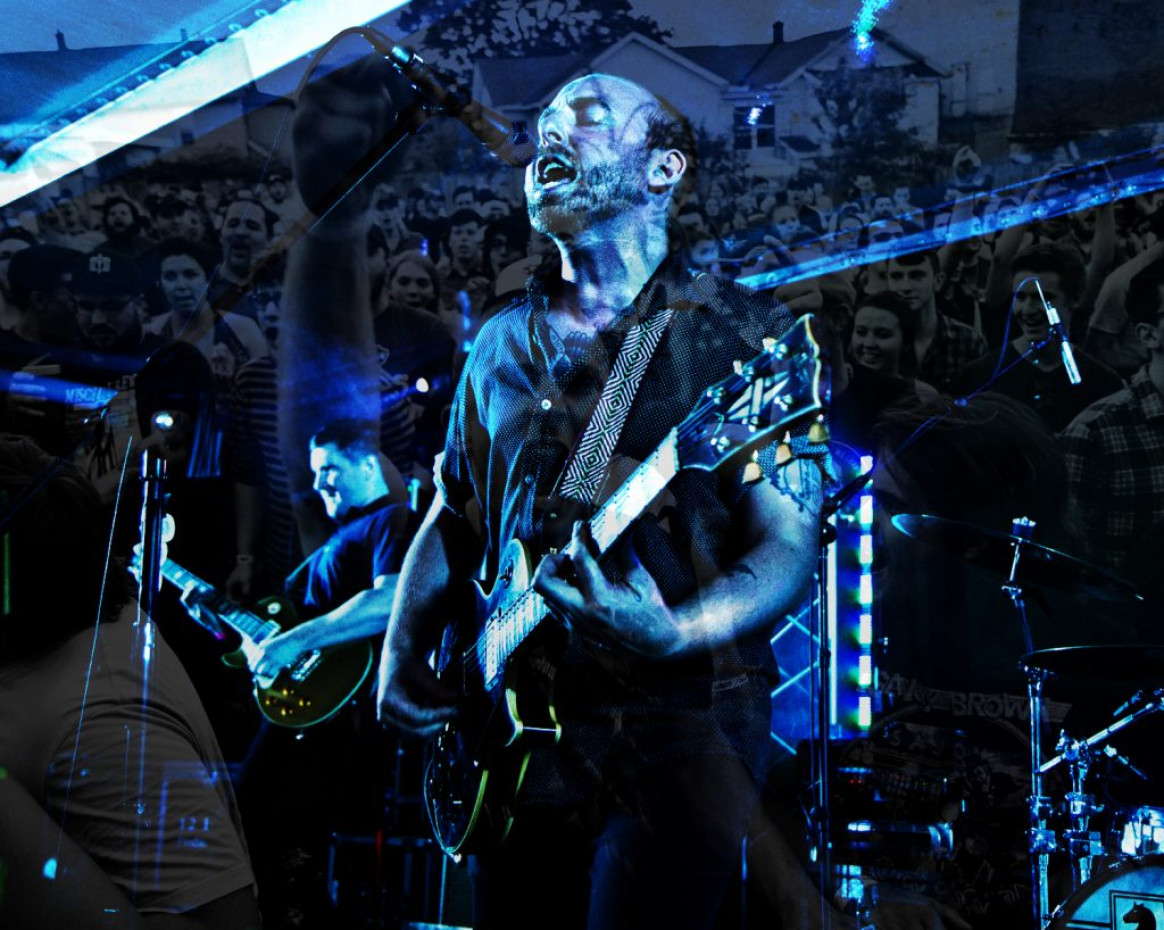 “I can’t believe we’re playing in fucking West Side right now. This is really cool. Seriously.”

Vocalist and guitarist Greg Barnett grinned as he gazed across the parking lot of The Vault Tap & Kitchen in Scranton while the sun began to set on Saturday, June 18. The Menzingers’ hometown fans could hardly believe it themselves as the band opened with “The Obituaries” and “I Don’t Wanna Be an Asshole Anymore,” representing both their breakout album, 2012’s “On the Impossible Past,” and their follow-up, 2014’s “Rented World,” both on Epitaph Records. But many of the roughly 300 people in the crowd knew Barnett, vocalist/guitarist Tom May, bassist Eric Keen, and drummer Joe Godino long before they signed to a big indie label, so this would be a special set for everyone in attendance. 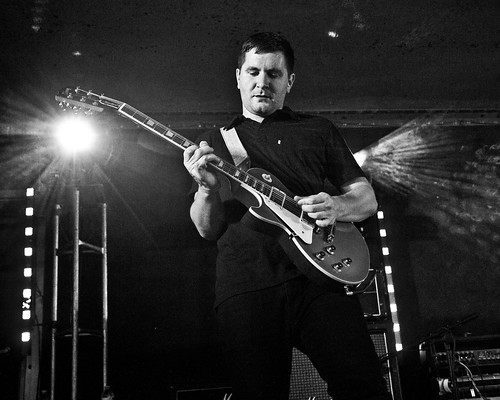 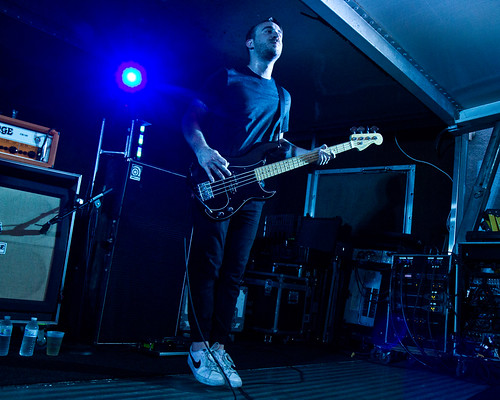 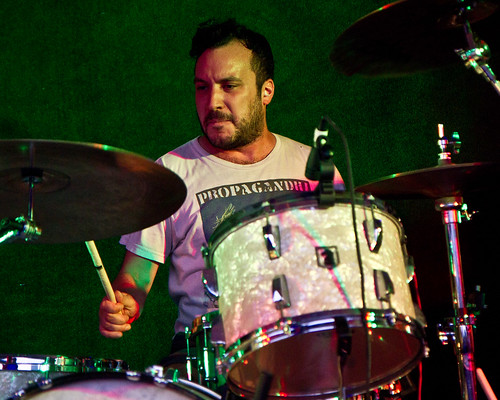 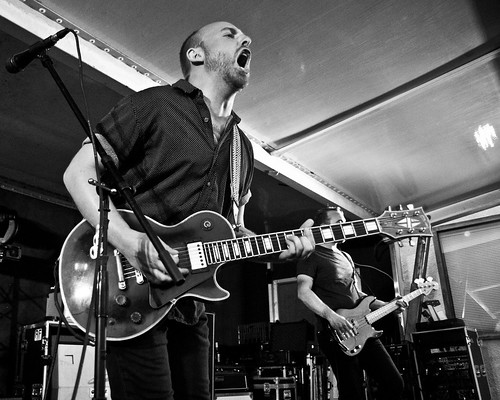 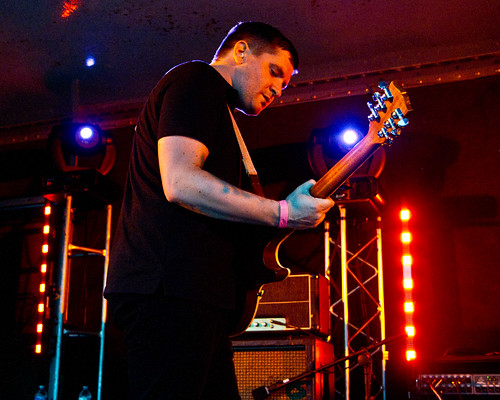 Including deeper cuts from earlier albums and skipping a few obvious set staples, the punk rockers played “The Shakes” from a split with The Bouncing Souls back in 2013, and later “Kate Is Great,” their cover of the Souls’ song from that same EP. They even debuted an untitled new song from their upcoming album, “After the Party,” which doesn’t have an official release date yet, and “Bad Catholics,” a B-side that Barnett said wouldn’t make it on that album, but could end up on another split if they find a band to do it with.

The latter hit home, quite literally, by taking aim at the hypocrites that often gather for the ever-popular church picnics in Scranton. Sarcastic, poetic, and painfully accurate, this catchy barnburner fit right in with so many of their other songs that fit the same description. Its message and emotions are universal, but there’s something about seeing The Menzingers in the town that shaped them, making references that even their devoted following in their current backyard of Philadelphia wouldn’t understand, that makes the Electric City truly electric. 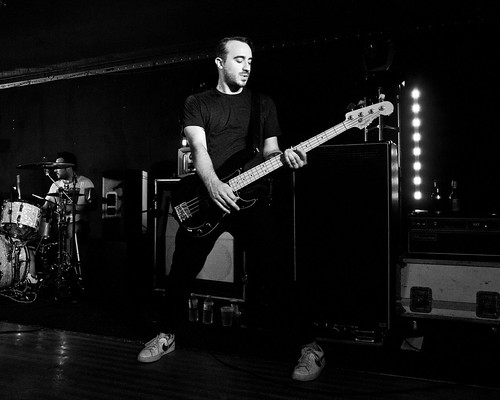 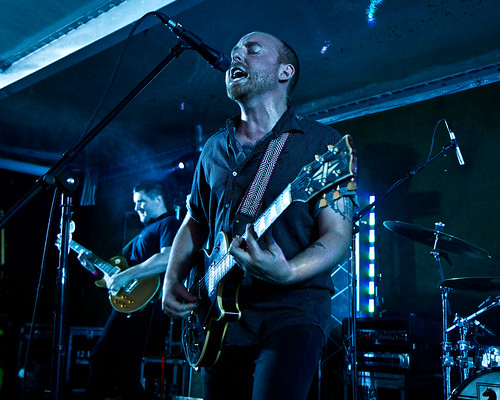 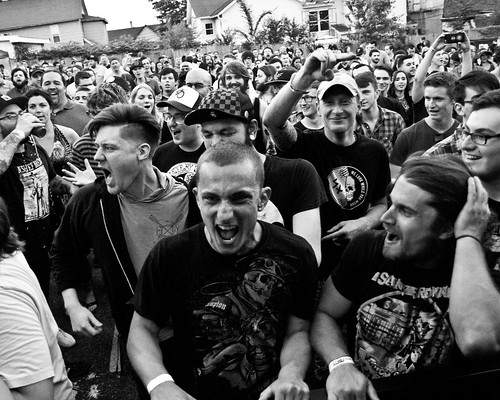 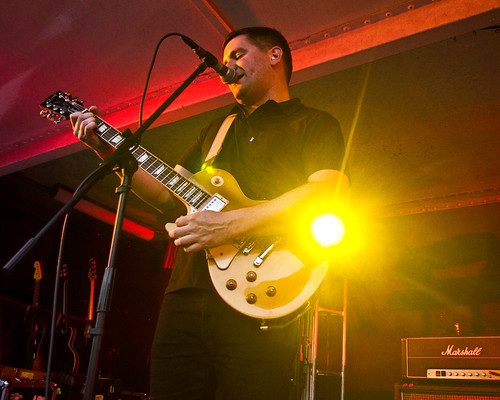 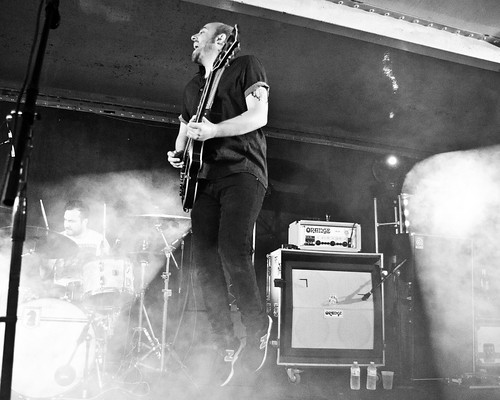 Barnett talked about all they had accomplished over the years, like performing in places like Costa Rica, but all that was topped by everyone’s favorite local TV news station.

“The biggest deal is that we were mentioned on WNEP the other day!,” he exclaimed. “Oh my God! Finally!”

Someone shouted “Tom Clark!” the name of the station’s longtime weatherman.

“Was it Tom Clark? I don’t think it was Tom Clark,” he replied.

“Tom Clark’s right there!” May yelled, pointing into the crowd. 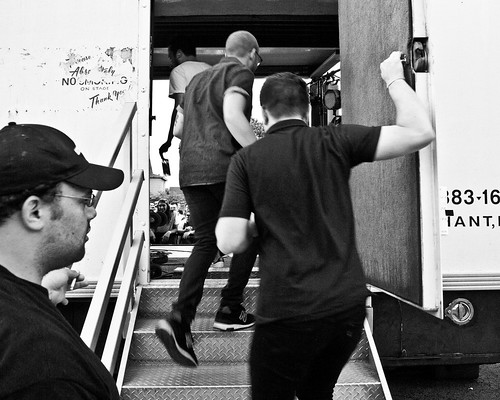 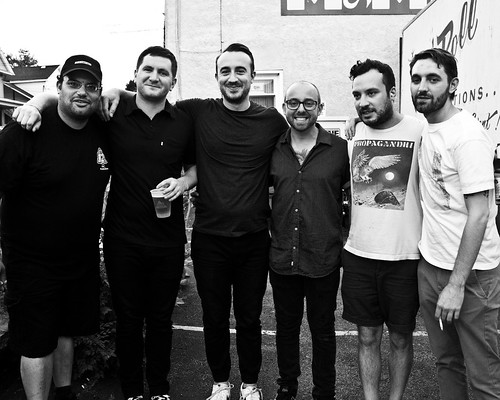 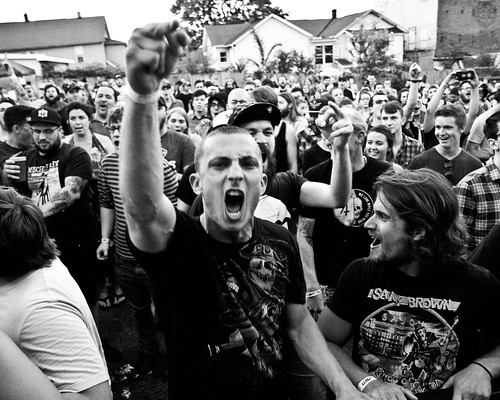 May remarked how great it is to “throw niceties aside” at shows like this and just drink and have a good time with old friends, noting that they were performing only a few minutes away from their old practice space on Cedar Avenue under a Dominican grocery store. The band later joked about stopping for a beer at the Melba Bar before heading to the Sun Hotel, a dingy flophouse in South Side that was shut down years ago after a major drug bust, before playing their song named after it.

The Menzingers fittingly closed with “Casey,” a song that recalls simpler times with an old friend or girlfriend, memories that may be analogous now with the city they grew up in. The small concert was a mix of nostalgia and a preview of good times to come with a group of humble guys who never forgot where they came from. 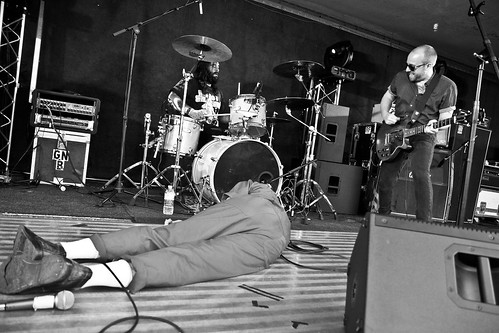 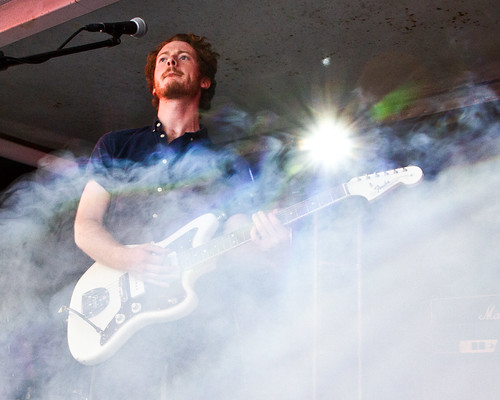 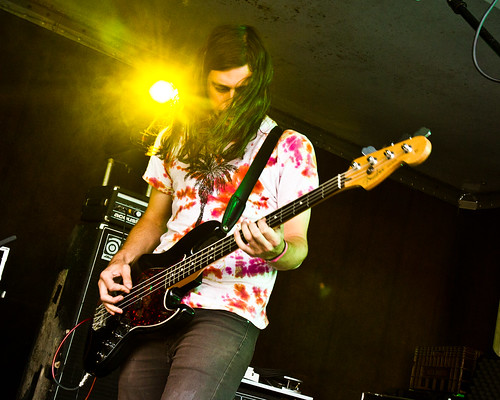 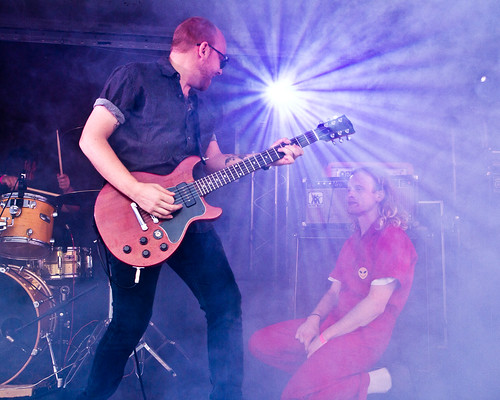 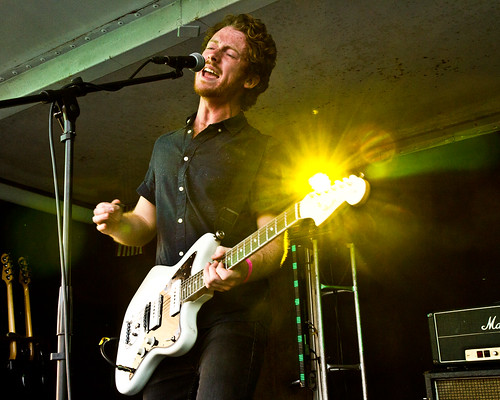 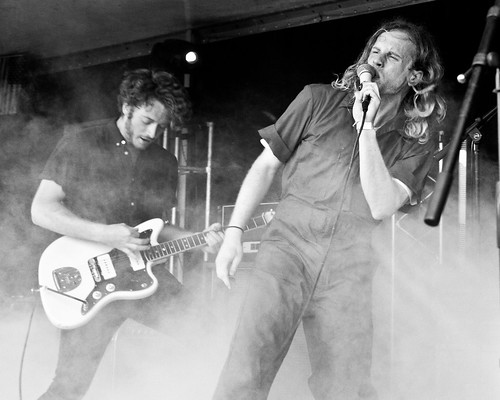 Earlier that day, the show began with local acoustic duo American Culture, who shared original songs as well as their takes on Blackstreet’s “No Diggity” and Social Distortion’s “Ball and Chain,” among other covers. Scranton indie rockers Esta Coda, a favorite of both the audience and The Menzingers themselves, performed songs from both their EPs, “Kindness” and “Miles Away,” and catchy set closer “King Bitter,” which is slated for release on their upcoming album with Will Yip, who also produced The Menzingers’ anticipated new record.

The Sidekicks were in from Ohio to open before The Menzingers took the stage, saying that the last time they played with them in Scranton was about seven years ago and praising The Bog in downtown Scranton as “the cheapest bar in America.” Before finishing their set with an animated cover of The Jim Carroll Band’s “People Who Died” with May wailing on guitar, singer Steve Ciolek, dressed in a bright red jumpsuit, said he walked down the street just a few hours before when a truck full of people slowed down to belt out “Jessie’s Girl” to him as they drove past.

“Maybe that’s just Scranton for you,” he said with a shrug. 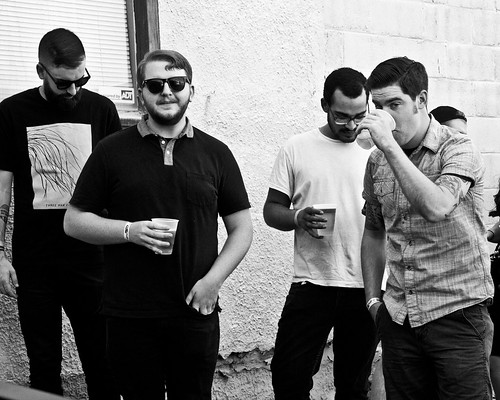 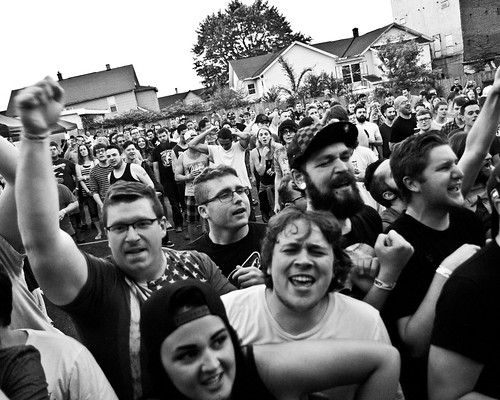 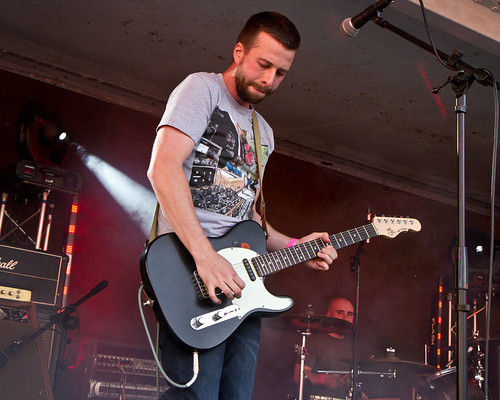 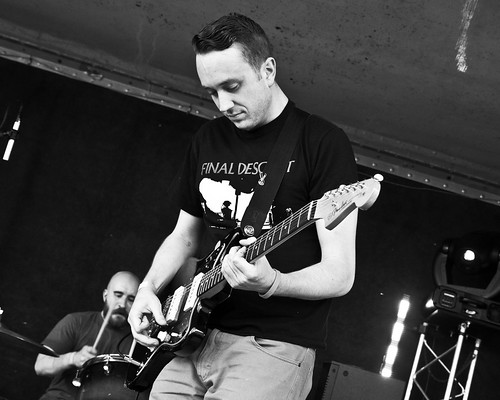 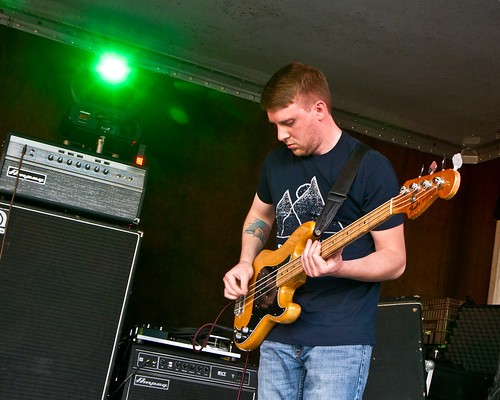 Whatever your view of Scranton is, it’s hard to deny what a great city it was that evening. Trying an outdoor show like this for the first time, The Vault did a fantastic job organizing the event and accommodating an all-ages crowd for a reasonable price, bringing an outdoor festival vibe to a side parking lot in a small neighborhood. Other than the annual Holiday Show, it’s rare that The Menzingers get to play in their own hometown anymore, but that just makes nights like this all the more exceptional, creating new memories built on older ones. 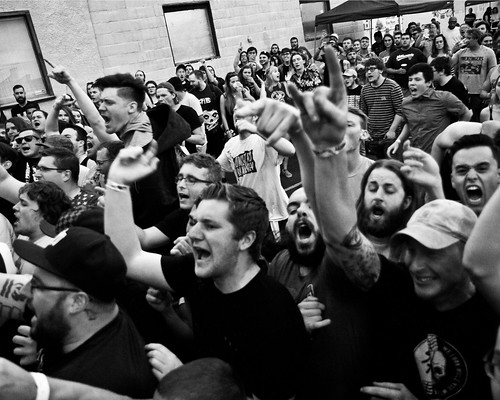 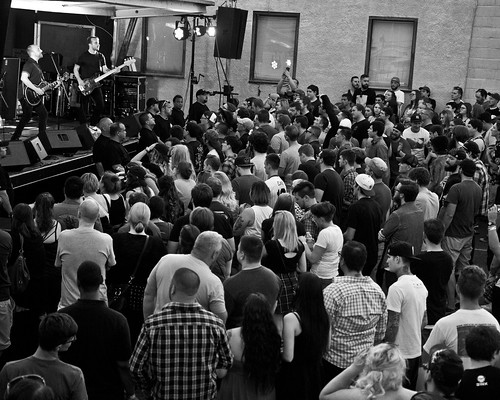 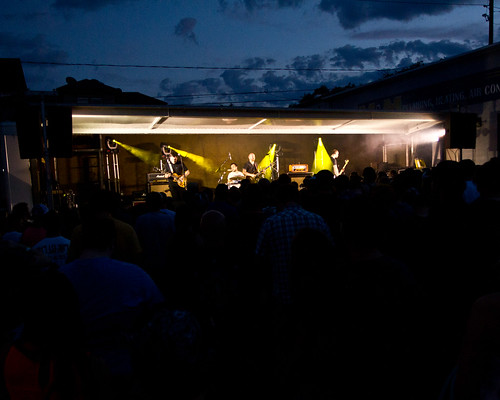