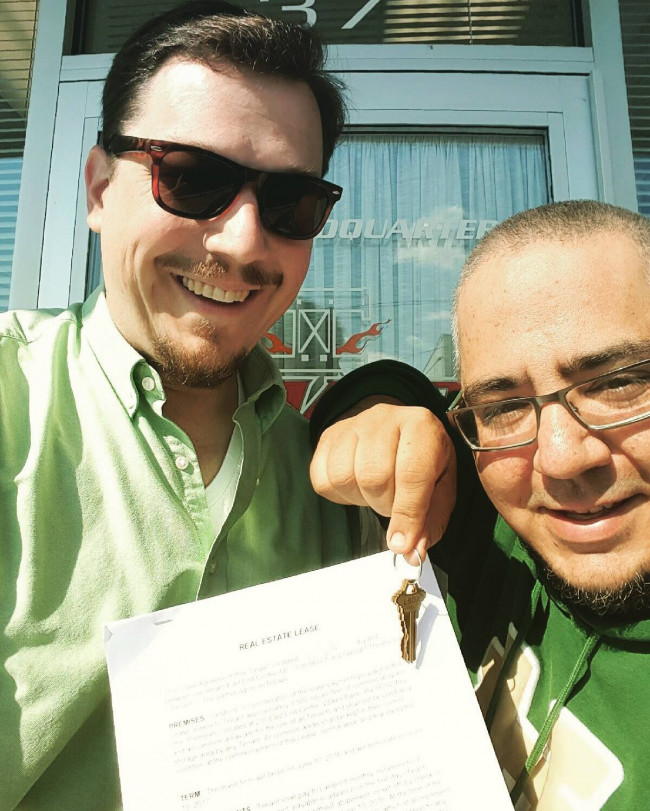 The Gaslight Theatre Company will open its 2016-17 season with “Playroom: Garage” on Thursday, July 14 in its new performance space at the East End Center in Wilkes-Barre. The season also includes performances of “Toast!,” “The Pallbearers,” and “Next Fall.”

Gaslight Theatre Company, traditionally known for its unique use of venues and pop-up performance spaces, is taking root this season in a year-long rental of a commercial space in the East End Centre, located on Heinz Road in Wilkes-Barre Township.

“Producing all of our shows in one space this year will make for some fun design possibilities. The location is convenient to our audiences from Wilkes-Barre, Scranton, and the surrounding communities and will allow Gaslight to provide evenings of improv theatre, poetry readings, workshops, musical acts, and additional programming between our major shows. In all, it will be an exciting season, rich with art for and from Northeastern Pennsylvania,” noted Gaslight’s Artistic Director Matthew Hinton.

In addition to finding a more permanent home, Gaslight has also expanded their season to include four major productions, something the Company has not yet explored before. To start, Gaslight presents its fifth installment of the original one­-act series, “Playroom,” created by Hinton. “Playroom” uses the same set design to inspire a handful of playwrights to craft individual one-acts around the same space, resulting in an evening of short-form theatre that quickly ebbs and flows through thought-provoking and laugh-out-loud moments.

Following “Playroom,” Gaslight will present “Toast!” Conceived by local author, playwright, and director David Parmelee, the play is composed entirely of online reviews of products purchased on a popular shopping site. Not a word has been added – only cuts made for brevity. The depth of human experience revealed in 175 short evaluations of toasters, coffee makers, juicers, mousetraps, condoms, and toilet plungers is almost incredible, resulting in a hysterical, pathos-­filled look into the modern human condition. Gaslight returns to the Scranton Fringe Festival (Sept. 29-Oct. 2) to premiere “Toast!” with an additional weekend of performances Oct. 6-9.

In January, Gaslight will again present an original piece written by Eastern Pennsylvanian writer and educator B. Garret Rogan. “The Pallbearers” is a darkly comic take on social growth and decay and is the fourth collaboration between Rogan and director David M. Reynolds. “The Pallbearers” runs Jan. 19-22 and 26-29, 2017.

Gaslight will close out the season with “Next Fall” by Geoffrey Nauffts, under direction of Brandi George. This 2010 Tony-nominated play takes a witty and provocative look at faith, commitment, and unconditional love. While the play’s central story focuses on the five-year relationship between Adam and Luke, “Next Fall” goes beyond a typical love story. This timely and compelling new American play forces us all to examine what it means to “believe” and what it might cost us not to. “Next Fall” will run May 18-21 and 25-27, 2017.

Tickets for all four shows will go on sale Monday, July 4 and can be purchased online at ticketfly.com. Tickets are $15 for adults and $12 for students/seniors. Seating is general admission and limited, so advanced purchases are highly recommended. For more information, visit gaslight-theatre.org.