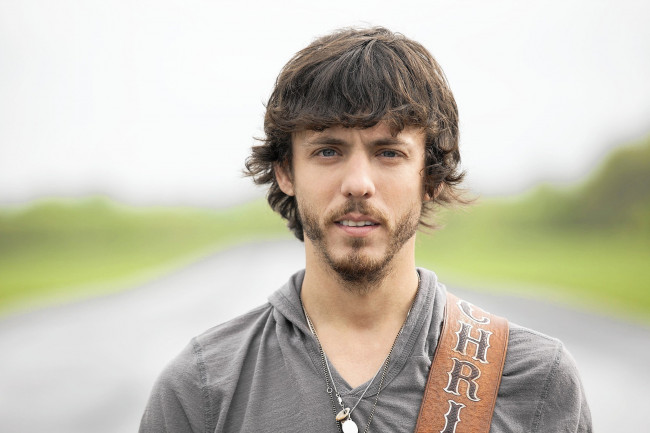 It was announced today that new hit country music singer/songwriter Chris Janson will perform at Penn’s Peak in Jim Thorpe on Saturday, Dec. 17 at 8 p.m.

Tickets, which are $29 in advance or $34 the day of the show, go on sale next Friday, July 1 at 10 a.m. at all Ticketmaster outlets, the Penn’s Peak box office (325 Maury Rd., Jim Thorpe), and Roadies Restaurant and Bar (325 Maury Rd., Jim Thorpe). Penn’s Peak box office and Roadies Restaurant ticket sales are walk-up only; no phone orders.

Chris Janson has never doubted who he is. He’s a devoted husband, a passionate father, a hit songwriter, a wildly entertaining performer and, now, a No. 1 country artist. All those elements influence “Buy Me a Boat,” his debut solo album for Warner Bros. Records/Warner Music Nashville.

“Everything I’m about is in this record,” says Janson. “It’s very much a biopic album.”

It’s also a story of perseverance – a journey that began when Janson first wrote the song “Buy Me a Boat” in early 2015. Back then, he wasn’t being played on country radio; he didn’t have a record label, and he certainly wasn’t a known star. He was simply doing what he knew how to do: writing songs and relentlessly touring the country’s clubs, fairs, and festivals, all with the sole purpose of providing for his family. Life changed at lightning speed, however, when radio jumped on the aspirational “Boat,” landing him a tour with Toby Keith and a record deal. Now, “Buy Me a Boat” is a No. 1 single, having topped the country chart in September.

Still, the down-to-earth Janson – who upon moving to Nashville 10 years ago would play for tips in honky-tonks all day and sleep in his car at night – remains unchanged.

“I know who I am as a man, as an artist, and as a songwriter,” he says. “Sometimes ego gets in the way in life, along with baggage and pride. I don’t have that stuff in my life – and that’s what makes this music so beautiful and easy to make.”

Indeed, “Buy Me a Boat” unfolds effortlessly. Over 11 tracks, Janson exudes a confidence that veteran artists spend their entire careers trying to attain. Part of that comes from his years of leaving it all on the stage, which he commands with stellar showmanship and charisma. The rest is derived from Janson’s insistence on writing his own songs. He’s a songwriter first and foremost, penning hits for other artists, most notably Tim McGraw’s Top 10 “Truck Yeah.”

“I’m the kind of guy who has to live and breathe my songs,” says Janson, reinforcing the autobiographical nature of “Buy Me a Boat.”

On the greasy “White Trash,” the blue-collar hero recalls his hardscrabble Missouri upbringing of playing as a kid in a dirt front yard, surrounded by trailers and cars on blocks. In the breezy “Under the Sun,” the avid outdoorsman decries our gadget-obsessed culture, delivering one of the best vocal performances in country music this year. And in the true-to-life “Back in My Drinkin’ Days,” Janson documents his run-ins with the law when, fueled by booze and a rebel spirit, he’d “get buck-ass wild” – these days, he prefers the sugar high of Mountain Dew.

But his teetotaler ways don’t negate his ability to carry on country’s storied tradition of drinking songs. “Buy Me a Boat’s” second single, “Power of Positive Drinkin’,” is ready-made for a bar or backyard party. Written with his “Buy Me a Boat” partner Chris DuBois and also Mark Irwin, the song features a soaring, clever chorus and staccato verses from Janson.

“Buy Me a Boat,” which Janson produced with Chris DuBois, Brent Anderson, and Byron Gallimore, also contains two of the most personal songs the singer has ever written: “Holdin’ Her” and “Where You Come In.” “Holdin’ Her” nets a surefire standing ovation when he performs at the Grand Ole Opry (he’s played the esteemed institution more than 100 times), while “Where You Come In” stands as his favorite song on the album. Both ballads are about Janson’s wife, Kelly.

“I don’t know why people are scared of cutting ballads because there is a place for meaty songs like those that talk about relationships,” Janson says. “My wife inspires me and ties up every loose end I ever had.”

It was Kelly, in fact, who inspired and co-wrote “Buy Me a Boat’s” centerpiece, “Messin’ with Jesus,” a show-stopping duet with Tim McGraw. A warning to avoid life’s temptations, the gritty lyrics acknowledge that, try as we might, we’re all sinners, with Janson and McGraw trading lines about smoking, speeding, and fighting until the song explodes in a “hallelujah” chorus.

“It’s a full-blown duet, and it gives me chills,” says Janson.

Country purists should have a similar reaction to the album as a whole, thanks to a heavy dose of steel guitar and Janson’s own fiery harmonica playing, a hallmark of his live show. The country weeper “Yeah It Is,” which echoes George Strait’s “Give It Away” with its sing-speak delivery and multi-layered payoff line, and “Back in My Drinkin’ Days” highlight each instrument. And every song on the LP has its own sense of authenticity, whether it’s born of country, rock, or even hip-hop – “Some call me honky-tonk, a little bit of hip-hop, a little bit of rock ‘n’ roll,” he sings in the exhilarating “Right in the Middle.”

By the time Buy Me a Boat fades out, Janson has succeeded in his chief goal: making an album of songs that are not only radio hits, but songs that he could take on the road. After all, that’s how he supports his beloved wife and kids.

“Some people might say playing a song live and having a hit on the radio are two different things, but you have to want to go sing it live. I love singing my songs because I am so damn proud of them.” 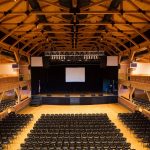 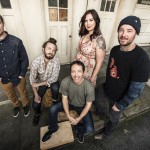