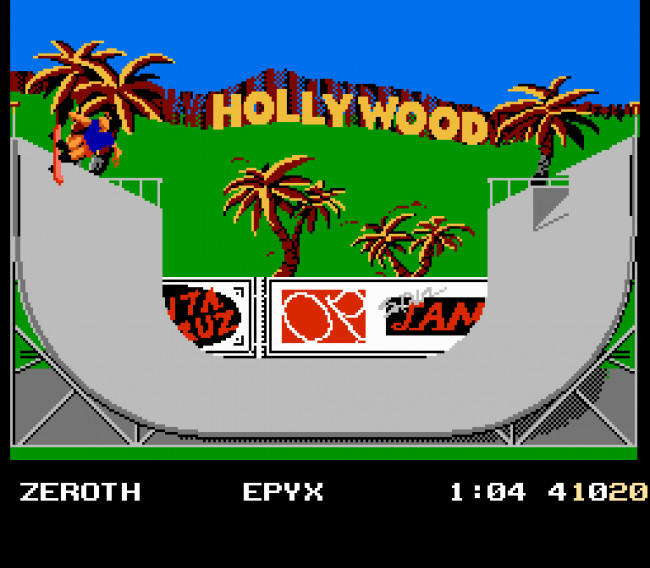 One of the most appealing things for me as a small business owner, selling these great pieces of video game history, is the fact that the term “hidden gem” really means something different to every gamer out there. I think, most of all, it relates to those pieces of our childhood that maybe weren’t the best games in retrospect, and most likely not among the most popular, but they were what our parents could afford.

One of my favorite stories I tell customers is how, without fail, every copy of “Friday the 13th” on the Nintendo Entertainment System is scooped up within minutes of me posting it on our Facebook business page. Is it a good game? Well, that may be cause for debate among some. I find it to be truly awful. However, as we stood there in a department store, eying that gold “Legend of Zelda” cartridge (which had a small square cut in the back so you could actually see the gold), our parents would feverishly shake their heads because that just wasn’t in the family budget. At the same time, they would surmise, of “Friday the 13th” was a successful movie franchise (for the time, and that too is debatable), so surely the game must be equally as good, and hey, look, it’s on sale! I refer to of “Friday the 13th” as the video game equivalent to the ‘70s album “Frampton Comes Alive!” – it was issued to you as a birthright.

Today, we’re going to look at a game that I often refer to as one of my guilty pleasures, a game I seek out on any and all consoles it has ever existed on – “California Games” on the NES. How does it stand up all these years later? Am I really looking through rose-colored glasses, blind to the fact that it just isn’t very good? Well, let’s throw on our roller skates (or grab a surfboard, BMX bike, or a random Frisbee, for that matter) and ride back to the 1980s for “California Games!”

Yes, in truth, there isn’t a lot to listen to in “California Games,” at least not much that has a lot of length or depth to it. That being said, I still feel the music present from the start, as well as the tunes playing during individual events, all fit pretty well as far as creating the theme and overall feel of the game. Sure, some of the tunes are kind of cliché (the surfer event music, as well as the “Jaws”-inspired tune when you fall and a shark lurks by are prime examples of this), but I don’t feel like they take away from the overall charm and likability of the game.

“California Games” is something that harkens back to my childhood like an old friend. The thing is, this old friend still wears those loud, gaudy clothes of the ‘80s, but hey, I still like them.

Speaking of loud and gaudy things, most of the colors present in “California Games” are bright and cheerful, with events like BMX among the few moments when this isn’t so. I really dig how each event seems to have its own style of graphics. I don’t recall too many games doing this for the time, and it must have been a difficult task for programmers to pull it off, so kudos to them for that. It can be argued that some look better than others, and perhaps certain ones hold up better all these years later but, overall, you can appreciate the effort put forth here.

We live in an age of gaming where multiplayer isn’t just welcomed, it’s almost expected. “California Games” introduced the idea of this during a time when it was unique. This was something of a pleasant surprise for gamers. You are given the opportunity of choosing a sponsor (many of which carry that awesome late ‘80s cheese factor) while challenging your friends in several events, getting trophies for each event and, of course, an overall trophy once it’s all said and done.

Some of these events are shorter than others, and it always seems like each of your friends is good at one event over another; I still get a chuckle out of playing with friends who say, “Ugh, I hate this event!” because they’ve been saying the same thing since this game came out. There’s something here for everyone.

“California Games” is a fun, inexpensive, and easily accessible game that is sadly overlooked among a lot of the popular NES titles. Sure, the game doesn’t have a whole lot of depth, but it truly doesn’t need to. This is like a pickup game of hoops with friends, a lost laser tag match from back in the day and, bottom line, a game with a lot of memories for gamers that is still creating new memories today. Many of today’s retro gamers cut their teeth on the NES with this title, and it still impresses in a way that, while not head-turning by any means, still packs a lot of charm and summertime fun, and isn’t that what games of the past are all about?

I hope you enjoyed this review. For the remainder of the month, we’ll fast-forward to the Nintendo 64, beginning next time with “Wave Race 64!”

Until then, whether it’s a downpour or you have the AC cranked, summer is indeed about fun with friends, and nothing goes with fun and friends better than making the time to game on!