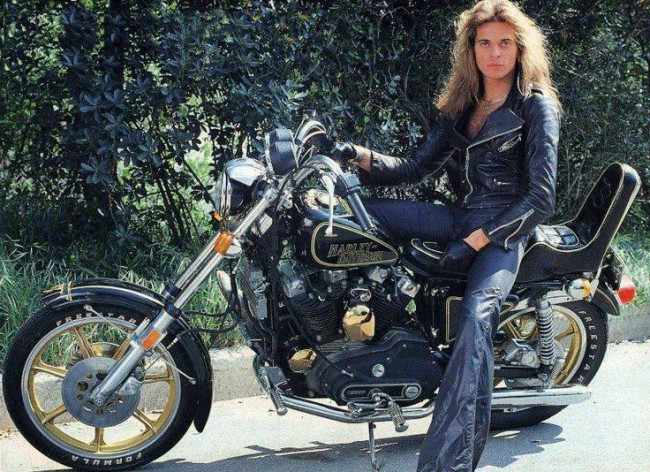 I’ve decided that whenever I meet a new person, I am going to use one simple, succinct question whose answer will decide whether or not any further discourse with said person will be worth my time.

This question is a simple, three-word utterance that defines and encapsulates the personality traits of each individual based on their answer, A or B.

The question is: “Dave, or Sammy?”

The Dave camp are fun-loving, can take a joke, are self-deprecating, never take themselves too seriously, are infinitely comfortable with who they are, and unaffected by how others perceive them.

Dave people are rebellious; they speak with wit and wisdom. They’re never precious about their abilities or boastful about their shortcomings.

Dave people never take themselves or what they do too seriously, while ultimately being serious about what they do.

Dave people live in the moment; they party like it’s their job, but don’t have to build a resort to do so.

Dave people aren’t necessarily virtuosic in their respective fields, but they do it with an earnestness and zeal that virtuosos can’t begin to comprehend, making up for their shortcomings with pure, unadulterated style and soul!

Like Dave himself, Dave people truly rock ‘n’ roll in the original spirit of rock ‘n’ roll – authority-bucking, category-busting, rebelliously fervent with a total disregard for complacency and an absolute disdain the status quo and a cavalier attitude regarding their approval.

Sammy people will do or be whatever it takes to fit in. They will complain about a group or individual out of jealousy, but sing their praises and deny they ever had a cross word for them, should the party in question show them even the slightest bit of acceptance.

Sammy people go along to get along. They never, ever go against the grain and sneer at those who do. Not out of a sense of superiority, rather out of a deep longing to be a bright, shining individual and a realization that they simply never will be.

Sammy people are conformists to the core, but go well out of their way to disguise their complacency with a dash of red to try and appear interesting, meanwhile doing exactly as they are told.

Sammy people follow tried and true formulas to achieve their ends, never once straying from the path to experiment or explore, and the regret they internalize over this manifests itself in overwhelmingly smarmy “Look at me! Love me!” behavior (and a lot of superfluous “Woooooo!”s).

Sammy people make no effort to shine as individuals. They blaze no trails, but tread happily upon trails blazed by others, all the while proudly stating how well they walk in others’ shoes.

The original Van Halen was the therapy necessary to get me through adolescence. Without them, I would never have survived.

Their music gave me a feeling of invincibility. Dave gave me a new paradigm. He allowed me to allow myself to be myself. Dave granted me permission to be mouthy, loud, boisterous, vivid. Dave let me know that it was better than just OK to be an eccentric in a small town full to the brim with conformists; rather, it was mandatory!

Dave gave me insight as to how to be mushy and romantic, while never losing the rough edge that attracted the object of my affection to me in the first place.

Vah Halen during Dave’s original tenure was an alien force, a style of music that offended the ears of my otherwise totally accepting hippy parents, finally giving me a platform for rebellion! (Do you know how hard it is to be a rebellious kid when you have hippy parents? Those people love everything!) 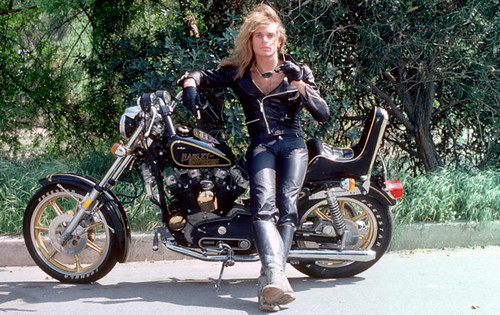 Dave-era VH was the brave face I wore during young love breakups (the kind where you’re actually heartbroken and filled with longing, as opposed to only worrying about which of your goods and how much of your dough the vacating party will be allowed to abscond with).

Dave and Edward were originals in an era of carbon copies. They set a precedent for infinite possibility if one was willing to break out of the mold. They were my heroes, with Dave their undisputed leader.

So, when I heard Dave had left, I was, of course, crestfallen. But I held out hope. I’d enjoyed the camp and covers of “Crazy from the Heat,” and I was certain Edward would continue to produce bone-crushing rhythm tracks (despite the few hiccups of 1984). So, I figured it’d be a win-win.

As a matter of fact, when it was announced that Sammy had taken the lead singer spot, I was initially stoked. We’re talking about a guy who contributed to the “Heavy Metal” film soundtrack, had fronted Montrose, wrote one of my all-time favorite guitar licks in the form of “Three Lock Box” and, most importantly to me, had been a part of one of the best supergroups in history, HSAS.

So my disdain does not extend to folks who answer, “Sammy, but before VH.”

But when my fellow VH superfan, El Diablo (I’ve mentioned him in previous columns. He is the best sort of evil. For example, after a brief stint in rehab, I broke out, made my way home and to a kegger, where El Diablo, being the first to spot me, loudly and gleefully sang, “Guess who’s back in circulation!” upon spotting me coming up the path), brought a brand new, shrink-wrap still on it, cassette over to my house, along with his massive, 10 C-cell battery-eating portable cassette player, affectionately known as “Mr. Box” (the predecessor was called “Refrigerator Box,” due to its unwieldy size), everything changed.

The instant “Good Enough” began, it was over. Sammy’s new über cheesy persona reared its ugly head within a millisecond when his contrived, overproduced attempt at Dave-ism “Hello baaaabaaaayyyy!” fell from the speakers with a pathetic plop.

Before the way-too-long synth intro was over, El D. had yanked the cassette from Mr. Box’s orifice, grabbed a hold of the ribbon of tape from where it was exposed, and yanked it over and over until the entire volume was spread out on my lawn like the unraveling of an ugly Christmas sweater.

When he was done, he dropped his hands to his lap with a slap, shook his head, and said, “Well, it’s over.” And it was.

Gone was the embodiment of the mouthpiece for the angry young men we were. We’d lost our touchstone to the universe; our connection had been severed. We had been left alone to fend for ourselves, rudderless outcasts whose leaders had abandoned us and taken up the flag for the other side.

So, if my love for Dave-era VH and my contempt for the Sammy era has seemed irrational to you in the past, perhaps this will clear it up.

Your musical heroes are your entire world when you’re a 17-year-old juvenile delinquent who is locked in a vacancy. When they betray what you love about them, it’s un-fucking-forgivable. Even after 30 years.

Dave got progressively more cabaret, Edward played more and more synth and less and less guitar, Sammy got more and more soft, eventually losing his hard rock edge permanently (so much so that he seems absolutely over his head in Chickenfoot, with his usually fine lyrical prowess reduced to a series of woooos and sophomoric references to partying and boobs), and VH lost the invaluable Michael Anthony.

It was a fucking disaster on all fronts, except for the Top 40, status quo, think what they tell you to think, letter-wearing masses. They loved it.

That fact in and of itself is enough of an indication to anyone with even a modicum of individuality to realize the mighty had fallen. The “Van Halen never had a No. 1 song until Sammy joined” argument only serves to bolster my belief that they sold the fuck out. Period.

So, from this experience, I have jumped to the following conclusions:

Dave spoke directly to this broke-ass small town hood with no future.

The thing is, Dave was one of us.

Sammy was one of them.