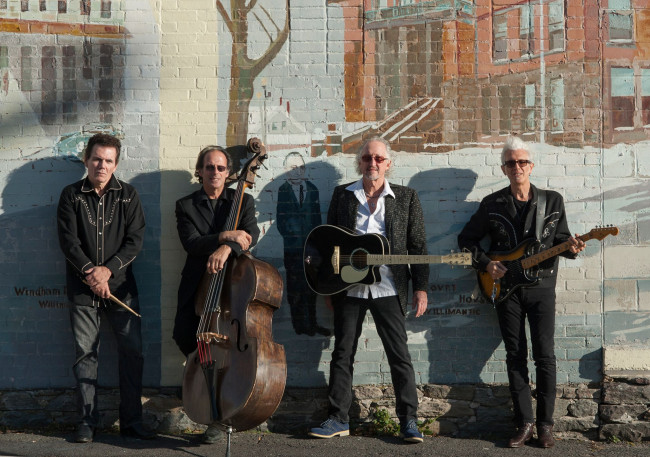 Put on your blue suede shoes and come dance to Rex & The Rockabilly Kings when they perform authentic and joyous renditions of Elvis‘s Sun Sessions and his early RCA recordings from the period of 1954 through the early ’60’s at The Theater at North in Scranton on Saturday, Aug. 27.

Elvis’ musical contribution, cultural impact, and artistic achievement made him an unsurpassed 20th century icon. Drawing from his country music roots as well as the African-American traditions of gospel and rhythm and blues, nurtured from the fertile ground of the Mississippi Delta, Elvis intuitively created a revolutionary, groundbreaking sound that had previously never even been imagined before, inspiring artists such as John Lennon and Keith Richards and changing popular music forever.

Fowler leads the group on Elvis-style acoustic guitar and lead vocals and is backed by a virtuoso three-piece rockabilly band: Billy Roues on Scotty Moore-style electric guitar and vocals; Steven Muddy Roues on Bill Black-style slap bass, blues harp, and vocals; and Joe Geary playing D.J. Fontana-like grooves on drums and percussion. The Roues brothers also contribute the stirring Jordanaires-like harmonies that were an important part of Elvis’ sound early in his career.