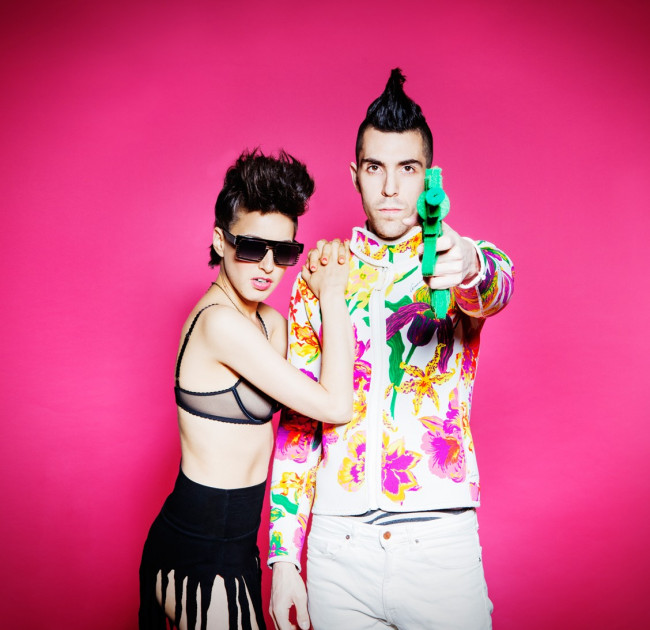 On the heels of the release of their brand new album, “Cheap Thrill,” Hank & Cupcakes will return to Northeastern Pennsylvania for another explosive live performance at the River Street Jazz Cafe in Plains on Thursday, Aug. 4. Wilkes-Barre “outer-folk” singer/songwriter Katie Kelly will open the show.

Hank & Cupcakes are aliens of extraordinary ability… at least according to the U.S. immigration services. Hailing from Tel Aviv to New York City in late ’08, the duo, consisting of powerhouse vocalist/drummer Cupcakes and bassist extraordinaire Hank, were quickly dubbed a “must-see” live act on the local scene.

Attracting praise from MTV and New York Post, the buzzworthy band were signed to BMG, with whom they released their 2012 “Aint No Love” EP. When faced with the choice of creative compromise versus artistic freedom, Hank & Cupcakes chose the latter, walking away from the deal to self-release their debut LP, “Naked,” in 2013, followed by “Cash 4 Gold” in 2014. The two are known for their animated live performances, which have finally met their match in the form of the band’s new record, “Cheap Thrill.”

“Cheap Thrill” brings the raw energy of Hank & Cupcakes’ live shows off the stage and onto your home stereo, with a grungier, edgier record than ever before while holding onto their fierce signature off-the-wall infectious sound.

Seeing Hank & Cupcakes live and hearing their latest album is like watching two of your best friends fall in love. The record truly captures the band’s sound: sensual, powerful, and highly energetic. There’s no careful choreography here, no proliferation of autotune to mold the songs into something palatable to the sterile, chewed-up standards of today’s Top 40 culture. The raw, unfiltered, uncensored reality of Hank & Cupcakes is what “Cheap Thrill” is built on. It’s a sonic revolution, and it’s calling you to join in and rock out.

The album was recorded in a custom setup in the duo’s new Atlanta, Georgia home, where Brooklyn producer Van Goose, who spent a week down south, joined them, immersed in the project. Microphones were set up in and out of the house infrastructure, including heating shafts, closets, and different rooms, all intended to create an array of sonic chambers and an ambient live record.

The striking cover art for “Cheap Thrill” is the fruit of a collaboration with internationally acclaimed Mexican artist Claudio Limon. Like their music, Hank & Cupcakes’ cover image comes across at first as pure energetic art, but Shir explains that there’s more to it than meets the eye: “The album cover is deliberately gender-blurry and set in a religious-looking environment. The idea came to us while working on the record when many ‘religious freedom’ bills discriminating against the LGBT community and bills curbing women’s reproductive rights were (and still are) brought up constantly. We strongly object to this and wanted to comment on the absurdity and misuse of religion as a tool of discrimination and oppression and on the lack of equality we still see in our society.”

Hank & Cupcakes has been taking “Cheap Thrill” on the road this summer with a danceable live show accompanied by a huge stage design corresponding with the album art, touring all over the East Coast, Midwest, and South and stopping once again in NEPA for another memorable night. 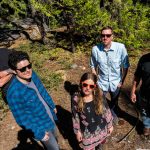 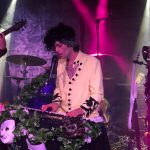