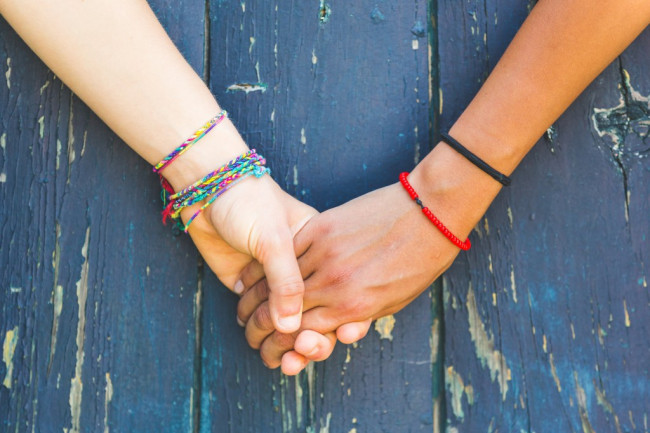 It was Monday, the Fourth of July, as the rain drizzled and fireworks exploded all around us. I took her hand and we walked out of the apartment building to see the big display Wilkes-Barre was putting on at Kirby Park. As we walked hand-in-hand, I couldn’t help the feeling of trepidation when I noticed people watching us go by. What were they thinking? What did this look like to them? How did they feel about seeing two out-and-open transgender lesbians walking through the neighborhood?

I realized that I’ve entered into some new kind of dangerous territory. Where people used to stare at me, trying to figure out if I was a woman or a man, now they look at me for a different reason – they’re looking at us. Being in a mixed-race, homosexual relationship, suddenly, we find ourselves in an intersection where several different kind of prejudices have emerged to affect our lives. For her, racism might not be anything new, but for me… well, I have concerns that worsen every time I turn on the news. And, again, there’s that whole “lesbian thing.” Never let it be said that I choose the easy path; I just follow my heart.

Looking on and seeing two women together like this, I understand that this may appear unusual, unconventional, or even wrong to some. And yet, when we hold each other in our arms, to me, it feels like the most natural thing in the world. Walking along, completely unfazed, I squeezed her hand tighter, as if to say, “This is my girlfriend, and I am hers. We love each other, and we don’t care who knows it.”

The fireworks were beautiful that evening.

For the first time in my life, I have a real, adult relationship. I have someone I can trust and rely on. And, in turn, I make her world a brighter place, filled with laugher, happiness, and hope. It took a long time to get here, and I wouldn’t trade it for anything. This is what the American family is today, and she is family to me. Yet, the prevailing attitude of bigotry lingers on, a whole year since marriage equality.

I can’t help but note the massive hypocrisy of organizations such as the Family Research Council which, according to the Southern Poverty Law Center, “bills itself as ‘the leading voice for the family in our nation’s halls of power,’ but its real specialty is defaming gays and lesbians.” And that about sums it up.

Organizations such as the FRC stand in the way of progress and refuse to define a family as anything but a cisgender/heterosexual unit of a man, a woman, and a child. Sometimes, they even refuse to acknowledge single mothers or fathers who are balancing a job while raising children as a family. These organizations wave a flag of “family values” as they make zero effort to understand or even account for the fact that “family values” encompass much more than a man/woman/child trio. The fact that millions of Americans are involved in the act of loving and raising a family with honor, dignity, love, and respect despite the FRC’s rigid definition of the term makes the FRC look like outdated fools, contending for a lost cause. It makes no sense, whatsoever, to refuse to acknowledge this image of family.

A few weeks ago, I was invited to a picnic, and I had the opportunity to meet with families raising transgender children. Each one of them were beautiful, shining examples of a strong, healthy family unit. To my mind’s eye, I saw no difference between them and any other children. They functioned and behaved just as any other child, complete with the usual childhood anxieties, sibling rivalries, and doting parents who just want what’s best for their kids. It was such a validating experience to see one so young and free, allowed to be who they are. It made me remember what life was like for me at that age. To be so young and so cognizant of your identity… what must the world seem like to them? Will they grow up struggling to understand why so many of us are so quick to fit ourselves into tiny boxes with restrictive labels? I can’t wait to see what the future holds for them. But whatever it holds, I know they will always have a family.

Meanwhile, in another space, I see same-sex couples raising their children, and I have known children who are now adults who had same-sex parents. I can’t, for the life of me, see how any of this is unusual or out of the ordinary. This is what family is.

All of these thoughts and more came to a head as I watched a repeat episode of “Blackish” where Raven-Symoné played a lesbian character alongside her partner. My mind exploded as I realized, “This is actually on TV! This is prime-time viewing fare on a channel owned by Disney! How can this be?”

It’s because this is America, and this is the American family, as seen on TV. For better or worse, television has the power to influence and shape the way people interpret the world around them. This vision of a loving same-sex couple will shape the way billions of Americans view LGBT families and same-sex couples as we move into the future. From shows like “Modern Family” to “Glee,” and to whatever comes next – including shows that will feature, and even star, transgender actors and actresses – millions of LGBT people who are hiding in the dark, wishing to see something of themselves in the public media, will now know that they are not alone.

I find it so baffling that people oppose the idea of having LGBT characters on TV, citing that their visibility on prime-time television will somehow influence children to “become” gay or transgender, as if growing up on “wholesome” shows such as “The Cosby Show,” “Family Ties,” “Home Improvement,” “Full House,” “Family Matters,” and even “The Brady Bunch” in anyway influenced me to NOT be a gay, transgender woman. Also, note the irony of “The Brady Bunch,” seen as one of the most cookie-cutter, saccharine, ideal families on TV, starred Robert Reed, who was himself a closeted homosexual, as the ideal patriarch. It really makes you wonder how much damage has been done to families who had no representation and no support for so long.

Like life, family is what you make it. Love binds beyond blood, beyond gender, and beyond sexuality. The feelings I have for my girlfriend are real. We may be a mixed-race, transgender, same-sex couple, but we are family, as seen on TV, filmed in front a live studio audience, and in stereo where available – living our truth. 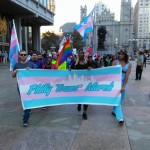 LIVING YOUR TRUTH: Make yourself heard, and not just on election day – the 2015 Philly Trans* March
BUT I DIGRESS: As a metalhead, I just don’t get hipsters, the nonexistent generation 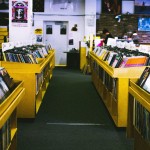