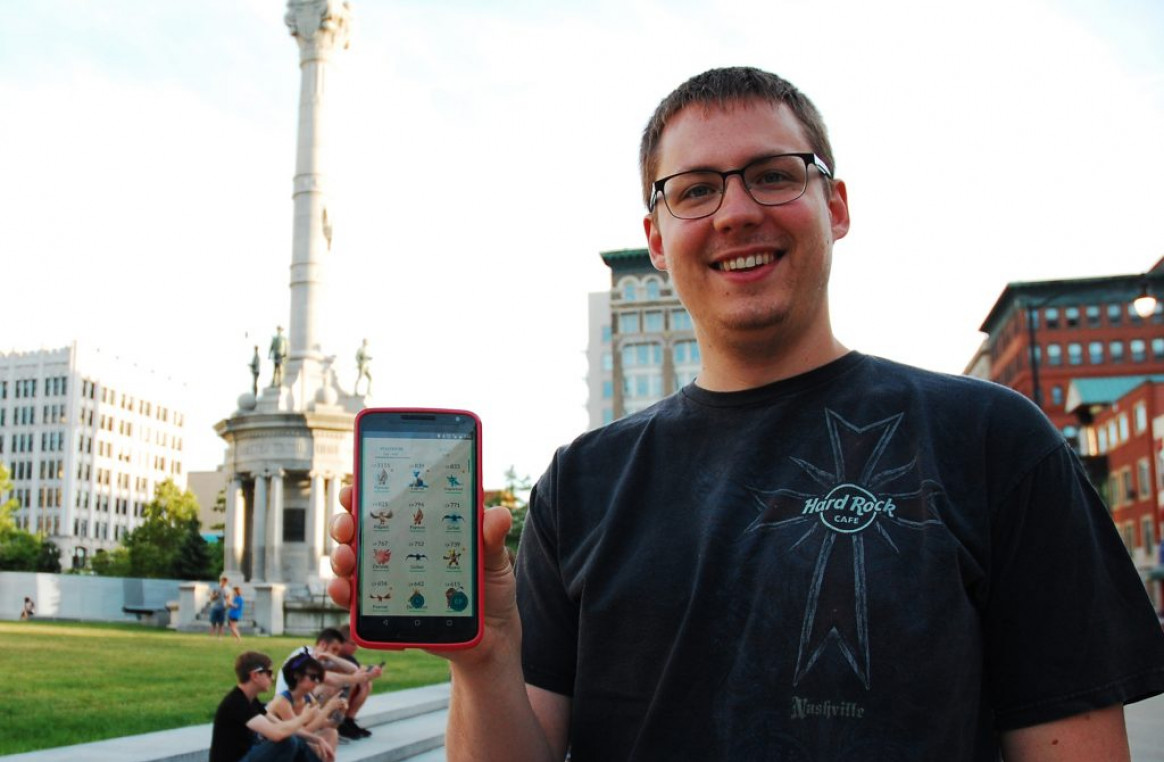 Call it the fever dream of my 14-year-old self come to life, but the augmented reality experience provided by the new Niantic/Pokémon Company mobile app, “Pokémon Go,” is slowly and steadily taking over my life.

I mean, I took a walk yesterday! Two of them, actually. Let that sink in for a moment. Do you know how long it’s been since I just took an aimless walk or opted to pick up a takeout order from a local pizza joint without getting into my car?

Without getting too far down the rabbit hole of how this app is affecting me personally, here’s the rundown.

“Pokémon Go” is, as mentioned, an augmented reality mobile phone app that subliminally encourages would-be Pokémon trainers to wander the real world in the hopes of discovering some of the greatest pocket monsters ever. The maps are based off the streets where you are, making starting the game a familiar-yet-wonderful experience. Elements are triggered based on your real-life proximity to key locations or wild Pokémon spots.

So far, the Pokedex – an electronic encyclopedia of Pokémon, for you Slowpokes just discovering this magical world – are limited to the original 150 from the Kanto region from “Pokémon Red” and “Pokémon Blue,” first released in the states in September 1998. If you’re old enough to remember the struggle of choosing between Bulbasaur, Charmander, and Squirtle, you’re in for a real treat. Capturing them adds another fun element thanks to the continued augmented reality push. 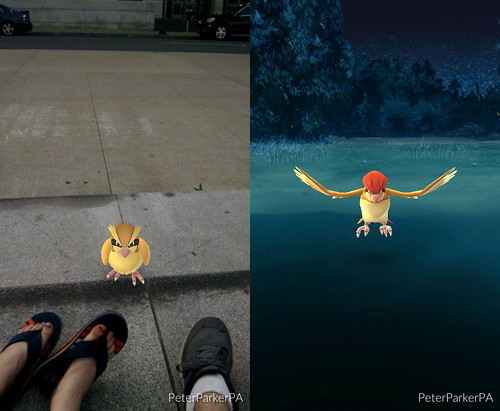 The map is littered with seemingly random clumps of fluttering leaves that are meant to mark the location of a wild Pokémon as they spawn. Walk – yes, physically get up and walk – near the location on the map and your phone will vibrate when a Pokémon appears. Tap on the creature and begin swiping Pokéballs towards it in an effort to capture it and turn it into your own Pokémon pet or mercenary.

The game’s AR camera puts the Pokémon right in front of you, wherever you are, either on the street or in your kitchen, often with hilarious results. I, for one, captured my first Pokémon off my wife’s foot while she watched “Game of Thrones” reruns.

Catching multiples of the same Pokémon provides you with the “stardust” and creature-specific candy needed to make them stronger or evolve them in an effort to catch them all. Multiples can also be “transferred” back to the Pokémon professor you meet at the beginning of the game for extra candy.

Scattered across the map at locations you may or may not expect are PokéStops and Pokémon Gyms. Both seem to be centered around free public attractions like parks and historical markers, but users might be surprised to find themselves at the altar of the Helix Fossil, as many appear to be situated at churches. That could be a byproduct of Scranton’s widespread religious roots, but reports from other gaming outlets seem to mimic this trainer’s findings. No worries for the nonbelievers, though, as you don’t have to go inside to interact with the locations. 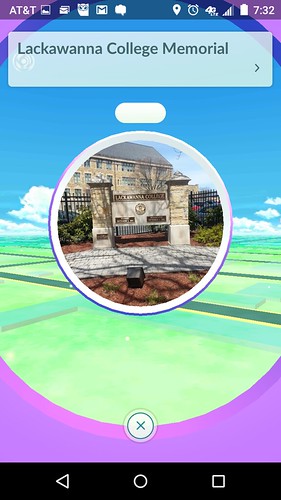 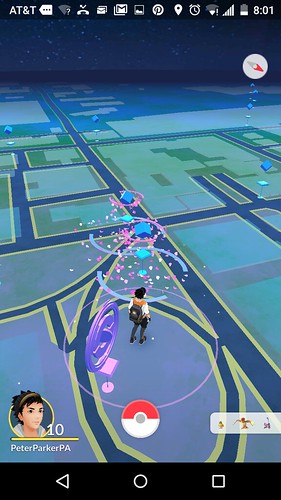 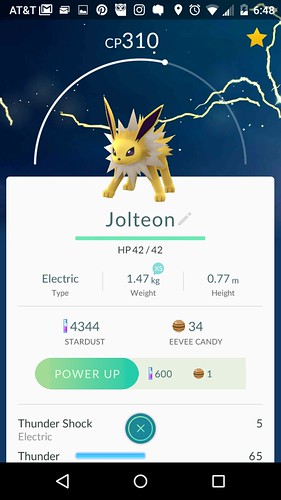 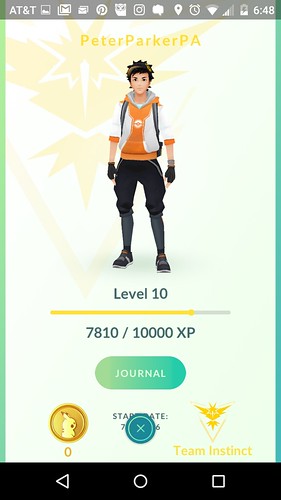 PokéStops are check-in points of sorts that allow users to tap on markers for important buildings. For example, head to Scranton’s Courthouse Square and tap the marker at the William J. Nealon Federal Building. Swipe the Google Maps-driven photo to spin it and you’ll receive Pokéballs, potions, Pokémon eggs, and more. PokéStops regenerate after about five minutes.

Gyms, meanwhile, are the app’s territorial claim to fame. Once players reach level five, they’re encouraged to join one of three teams – the yellow Team Instinct that carries a Zapdos insignia, the blue Team Mystic with its Articuno sigil, and Team Valor’s red marker for house Moltres. Old school trainers will recognize them as the original three legendary bird Pokémon.

Pokémon Gyms are the only real battle elements introduced at this point, and they can carry various levels of difficulty. However, I’ve been beaten too often by Pokémon stationed around the city to offer any true insight into capturing a gym for your team of choice.

Appearing almost as fast as a Rattata in tall grass, a “Pokémon Go – Scranton” community popped up on Facebook. The group is full of folks more excited than a Bug Catcher to share tips, brag about their finds, or claim allegiance to their selected trainer team.

But the polite experience isn’t limited to the digital world.

Wandering the familiar streets of West Scranton on Friday night, I encountered an Eevee at the corner of Jackson Street and Main Avenue. After capturing it, I crossed in front of Manley’s Corner Store to find two young men with their phones held high.

“Grabbing that Eevee?” I asked in passing.

It was a welcome exchange with a complete stranger, one that hardly happens for any reason anymore. 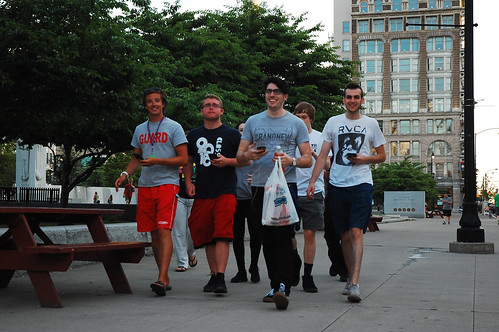 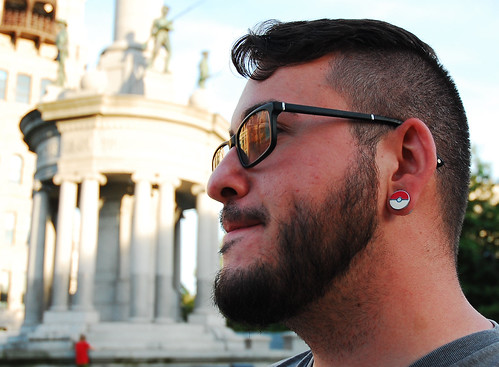 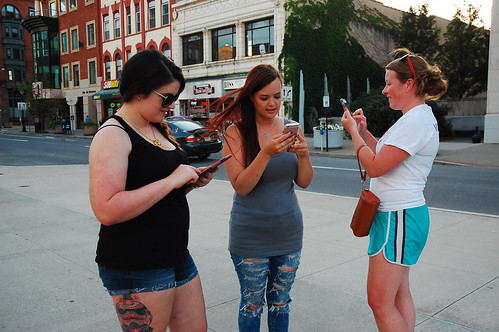 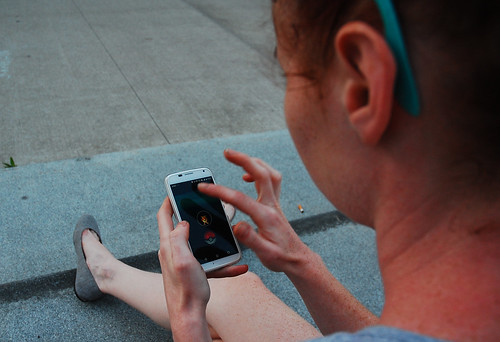 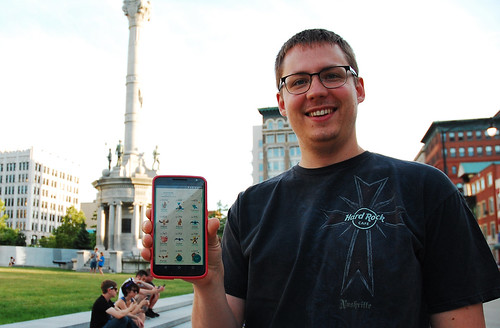 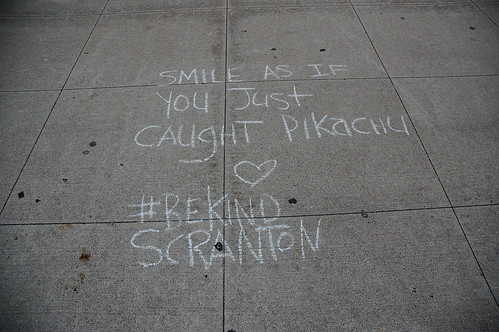 Likewise, after dropping off and picking up my wife from her job at a downtown hotel, I saw groups of aspiring trainers huddled around downtown landmarks, laughing and high-fiving with every new creature captured.

At a time when our country may have never been more politically or socially divided, it’s a welcome change to have our battles be between red, yellow, and blue and not black and white or across a thin blue line. Even the Wilkes-Barre Township Police Department joined in on the fun in a recent Facebook post.

It’s also humorous to think that a mobile app has accomplished in less than a week what chambers of commerce and fitness activists have attempted to do for decades: getting sedentary citizens off their butts to discover the world around them. We’re on the cusp of developing the most physically fit group of well-rounded nerds society has ever seen, people.

Along with those interactions, I’ve personally been working on an ever-expanding map of PokéStops and Gyms thanks to Google Maps and my Drive account. Folks from the Facebook group have been quick to offer their findings, helping to fill in a lot of the map very quickly. If you’re wondering what may be close to you as you start playing, be sure to check out the map and submit new locations as you explore the region.

“Pokémon Go” isn’t without its pitfalls. The first few days of its launch this week were plagued with obnoxious server crashes.

The game’s reliance on a constant GPS signal is a total battery killer. You’ll be lucky to walk around for a half-hour without losing up to 50 percent of your phone’s charge. Some have even reported losing battery life while plugged in. I wouldn’t be surprised to see the most dedicated trainers strapped with one of those backpacks lined with solar panels pretty soon.

Additionally, the game’s AR camera is as demanding as it is novel. It is a tad less fun to catch Pokémon in a computer-generated environment, but it’s not enough to make me stop playing. Turning off the AR camera saves quite a bit of battery life.

The game also features a battery saver function in the app settings, but I tend to lose my GPS signal whenever it’s triggered, so use that at your own risk.

The geek shall inherit the Earth

Just as the Marvel Cinematic Universe has made it acceptable to be a comic book nerd, “Pokémon Go” may be just the thing Pikachu fans have needed to reverse a nasty, nerdy stigma.

The last few days have been exciting, and I’m personally anxious to see what kinds of expansions the game may have in store.

Until then, if you see me out wandering the streets of Scranton, don’t be confused. I’m not taking your picture or even out exercising on purpose. I just want to be the very best, like no one ever was.