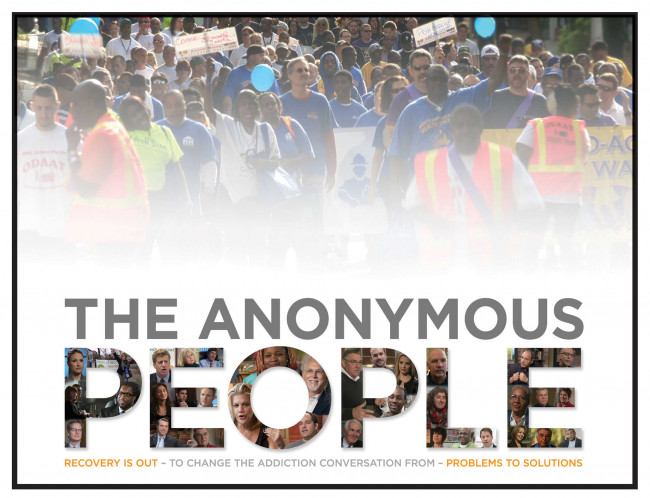 Lackawanna County, Community Care, and the Northeast Behavioral Health Care Consortium will host a free public screening of “The Anonymous People,” a feature documentary film about the over 23 million Americans living in long-term recovery from alcohol and other drug addiction, on Thursday, Sept. 8 on Courthouse Square (200 N. Washington Ave., Scranton).

22 million Americans currently suffer from addiction, but only one in 10 receive treatment each year. Untreated addiction costs America over $350 billion annually.

Deeply entrenched social stigma have kept recovery voices silent and faces hidden for decades. The vacuum has been filled with sensational mass media depictions of people with addiction that perpetuate a lurid fascination with the dysfunctional side of what is a preventable and treatable health condition. Just like women with breast cancer or people with HIV/AIDS, a grassroots social justice movement is emerging. Courageous addiction recovery advocates have come out of the shadows and are organizing to end discrimination and move toward recovery-based solutions.

The moving story of “The Anonymous People” is told through the faces and voices of citizens, leaders, volunteers, corporate executives, public figures, and celebrities who are laying it all on the line to save the lives of others just like them. This passionate new public recovery movement aims to transform public opinion, engage communities and elected officials, and finally shift problematic policy toward lasting solutions.

“The Anonymous People” is an independent film written, directed, and produced by Greg Williams, owner of 4th Dimension Productions. Williams has been in long-term recovery from addiction to alcohol and other drugs since age 17. He is a health policy advocate and award-winning documentary filmmaker who specializes in the creation of compelling and purposeful content. At age 31, “The Anonymous People” was his first independent feature-length film, which is bringing lasting solutions to the screen for one of America’s top health problems.

After a large grassroots theatrical release in 2013 and 2014, the film is continuing to show in communities around the world. “The Anonymous People” has already received widespread critical acclaim and a variety of industry awards.

According to an article published by the Juvenile Justice Information Exchange in 2014, Williams attended a halfway house in Scranton, which led him to a recovery support group and a job shoveling mud for $7 an hour to build a Staples. He credits this adolescent treatment for his recovery.

“That house really set me on the path of chasing my recovery almost as hard as I chased my addiction,” Williams said. “And, you know, not many young people are lucky enough to have those kind of opportunities.”

“I found a usefulness for my story,” Williams said. “I figured out how I could help other young people.”

This led him to making the film, 10 years into his recovery.

“If we put our faces and voices out there we’ll have more halfway houses than prisons, we’ll have more recovery programs and we’ll intervene earlier and have more school based stuff,” he continued.