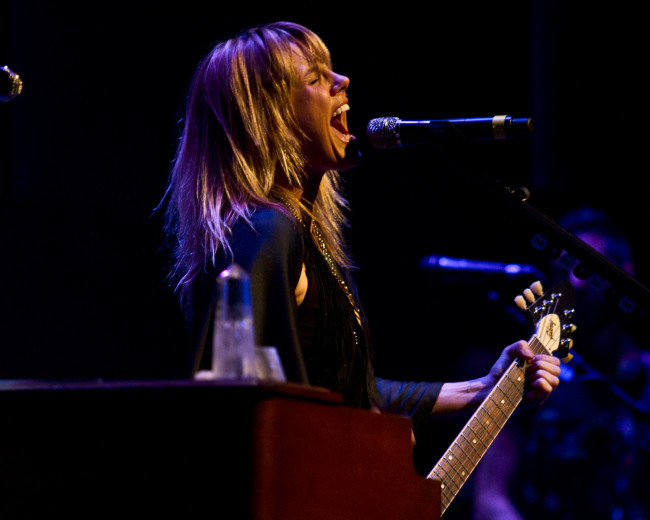 Coming to the stage as the intro to Prince’s “Let’s Go Crazy” blared from the speakers, Grace Potter was a nonstop whirlwind of energy throughout her 100-minute performance at the F.M. Kirby Center on Friday, July 29.

“Wilkes-Barre! So good to see you tonight,” the 33-year-old singer-songwriter from Vermont shouted before beginning her opening number, “Hot to the Touch,” from her debut solo album “Midnight.”

The somewhat smallish crowd – it didn’t help that Breaking Benjamin and Disturbed were playing The Pavilion at Montage Mountain in Scranton on the same evening – nearly matched Potter in the energy department, standing and dancing throughout the show.

“Good lord, it’s beautiful here,” she said as she told the crowd that she took a ride around the area earlier in the day. 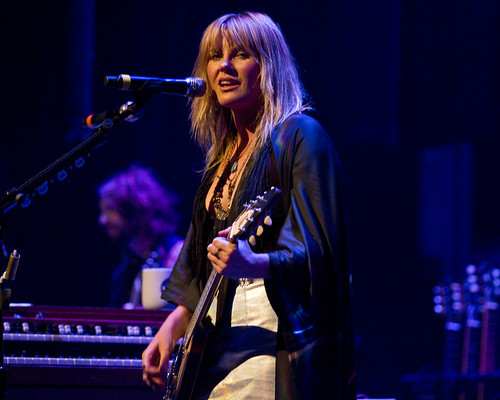 Potter, who has fronted the roots-rock band the Nocturnals since 2002, strapped on her signature Flying V guitar for “Ah Mary” from the Nocturnals’ 2007 album “This Is Somewhere.”

Potter was ably backed by a stellar cast of musicians she has dubbed “the Magical Midnight Roadshow,” including fellow Nocturnal Benny Yurco on guitar, T’Ben Alleman and Eliza Hardy Jones (who also opened the show) on keyboards, Daiki Herano and Matt Musty on drums, and Tim Deaux on bass.

She played an acoustic guitar for “Empty Heart,” one of the standout tracks from her solo album, then rocked with “Timekeeper” and “Loneliest Soul,” a pair of tunes from the Nocturnals’ most recent record, 2012’s “The Lion the Beast the Beat,” the latter tune morphing into Ray Charles’ “Hit the Road Jack” and back.

Two more Nocturnals songs followed – “Nothing But the Water” from the 2005 independently released album of the same name, and “Turntable” from the 2012 album. The main set came to a close with “Delirious” from the solo album. 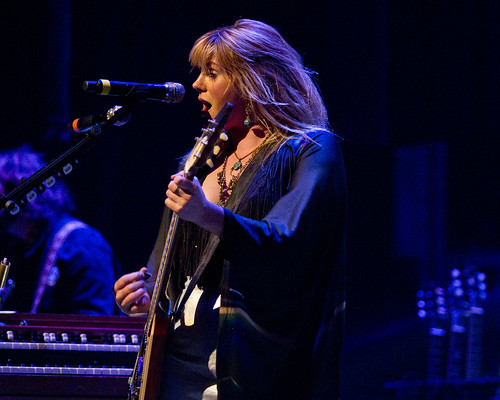 For the encore, Potter again played acoustic guitar for a snippet of Prince’s “When Doves Cry,” which segued nicely into the Nocturnals’ hit “Stars.” “The Lion the Beast the Beat,” the title-track of the Nocturnals’ 2012 album, followed.

“I love you Wilkes-Barre; you are awesome!” she shouted as the band began Potter’s most famous tune, “Paris (Ooh La La)” from the 2010 album “Grace Potter and the Nocturnals.”

After the whole band gathered around the drum kits and became a wickedly good percussion section, the final song morphed into an “I love Wilkes-Barre!” chant to the tune of “I Want Candy.”

Hardy Jones, a singer/songwriter from Philadelphia, pulled double duty as the evening’s opening act with tunes from her debut album “Because Become.”

A classically trained pianist who has played with Buried Beds, Nightlands, and Strand of Oaks, Hardy Jones scored with “Echo,” “Couldn’t Leave You,” “Trouble,” and the title track of her album as she alternately played keyboards and electric guitar.