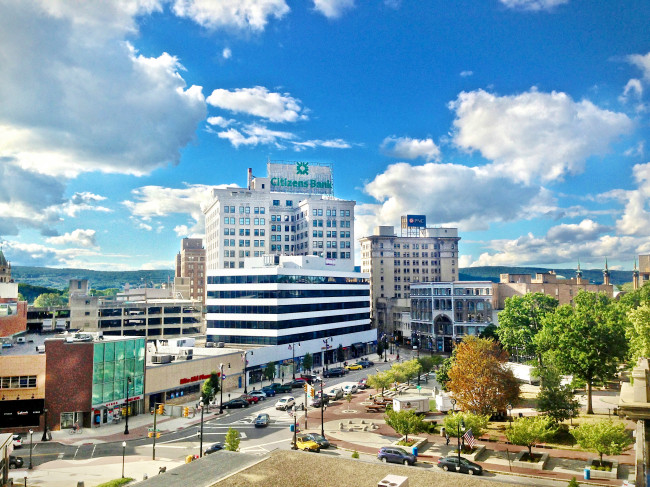 Last night, I did something that I have only dreamed about my entire life. I stood up, as myself, and faced the establishment. I made my voice heard. I made a difference. And it felt wonderful!

On Aug. 11, Wilkes-Barre City Council met for a regular session where they would vote on a proposal brought by Councilwoman Beth Gilbert to amend the city’s ordinances. One chapter in particular, entitled “Human Relations,” was to be repealed and replaced with protections for the LGBT community and many others. In fact, it is even more inclusive than the state and county ordinances that are currently in place.

This has been the culmination of almost a year’s worth of organizing and planning, beginning in October of 2015, when I met with Tony Brooks. At the time, he was running for city council and loved my idea. He then introduced me to Beth Gilbert, who was also running, and promised me that, if they should win the election, I would be able to count on at least two out of the three votes we need for this ordinance to pass. I didn’t know it at the time, but Mr. Brooks was more than just an ally; as a homosexual man, he was also a member of the very community I was working for.

When the elections were over and the votes were counted, Wilkes-Barre had a new mayor and several new council members – among them were Gilbert and Brooks. The time to put our plan into motion had come. In the months that followed, I would work with Councilwoman Gilbert as she kept me informed of what was happening with the ordinance and the status of its progress. When I finally received word that it was ready for introduction, I couldn’t believe it. In just a few weeks, we were going to have our chance to make a real difference in this city. But, first, we had to make sure the waters were just right before jumping in.

The problem is, you’re never really sure what’s going to happen. Even with a “sure thing,” you have unpredictable factors that come into play. Would the other council members like the idea? Would we be able to count on a third vote? Would it be possible for the mayor to veto its passage? What about protesters and counter-movements? What if we showed up and encountered fierce opposition? I started to worry, as I knew the history of previous efforts to do this, especially after we recently witnessed the Pennsylvania Fairness Act being shot down in June, and then a similar ordinance being turned down by Luzerne County. Even with this ordinance, Thursday evening was only the first reading. Even if council votes for it, there is a second reading in September that must take place. In other words, we’re not out of the woods yet.

When I first met Councilman Brooks, he also introduced me to his mother, Emily Novakowski. Emily is a remarkable woman in her own right. When we spoke, she told me how proud she was of her son, and she was just as proud of her role in starting the Northeast Pennsylvania chapter of PFLAG (Parents, Families and Friends of Lesbians and Gays). I found in her a powerful inspiration, and when I learned that she had also tried to pass an ordinance such as this one in 1994, suddenly, it had much more weight.

For more than two decades, the LGBT community of Wilkes-Barre has lingered in a legal limbo, unprotected and unsupported. This had become more than just a “good idea;” I found myself standing on the shoulders of giants, poised to write the final chapter of an epic story, a legacy.

As my girlfriend and I entered the council chamber, my senses were on full alert. It wasn’t just the heat and humidity making me sweat; it was the anxiety of what was about to happen. I immediately scanned the packed room for faces I could recognize and was pleased to be met with many who were wearing rainbow ribbon stickers to show their support. But there were also many faces I didn’t recognize. I had to wonder what I was getting myself into. Who were these people I was about to address? I mean, I hardly suspected the Westboro Baptist Church to show up holding signs, but the relative quiet troubled me. I hoped the quiet was a good omen.

If you’ve never been to a council meeting, they’re usually pretty stuffy affairs. There are a number of rules and rituals to be followed to ensure that proceedings go in an orderly fashion. Generally speaking, however, it’s pretty interesting to see what actually goes on. Following the Pledge of Allegiance and roll call, once the meeting had commenced and the usual pleasantries were over, it was time to begin calling up speakers who had registered to have their five minutes heard. The first speaker was a friend, an ally who pleaded with the council to pass the ordinance. Then I was called. I approached the microphone and announced who I was, where I lived, and what I was. As often as I’ve spoken in public and put myself out there in the public eye, this was the first time I really felt myself nervous about what I was saying and doing, but I did it anyway. It needed to be done.

Well, as far as I can tell, people liked it. The room erupted in applause – I hadn’t expected that – and several people turned to tell me it was a good speech. I don’t say this to brag; I mention it because I like to think that I’m not an idiot, and that when I speak for my community, I do it well. This was validation. I felt I had done my best. I felt as though whatever comes next, at least I got to have my say. After a few more speakers, it was time for open commentary on pending legislation – the time that anyone who wished to speak their mind could do so.

As I braced for the worst, speaker after speaker spoke out in support of the amendment to the ordinance. Out of all of them, only one speaker was opposed to the idea… and his only concern was that council should take more time to make their decision. Unfortunately, it seemed that this speech was unaware of scientific facts regarding genetic sex and gender and relied on speculation and supposition to form an argument. In other words, it didn’t have teeth, and no one seemed to regard it anyway. It appeared to me that things could not have gone smoother. In fact, when the time came to vote, I had almost missed it as the council voted 5-0 in support of the amendment – a unanimous decision. The proposal won a second hearing and a chance to vote it into the books. I could hardly believe it!

The thing to keep in mind, however, is that we aren’t done yet. We have a month to go before a second vote, and this will be the one that counts. Can we expect council to be in such solidarity again, or will the opposition use this time to regroup, come back stronger, and stand in the way of progress once more? It’s up to us to decide. As an activist and advocate, these are the moments I work and live for. My hope is that we can pass this ordinance and not have to wait for another generation to try again. One day, I hope very soon, everyone will be free to live their truth. Until then, we take it one city, one town, one village at a time. Equality can be a reality, even in these troubling political times!