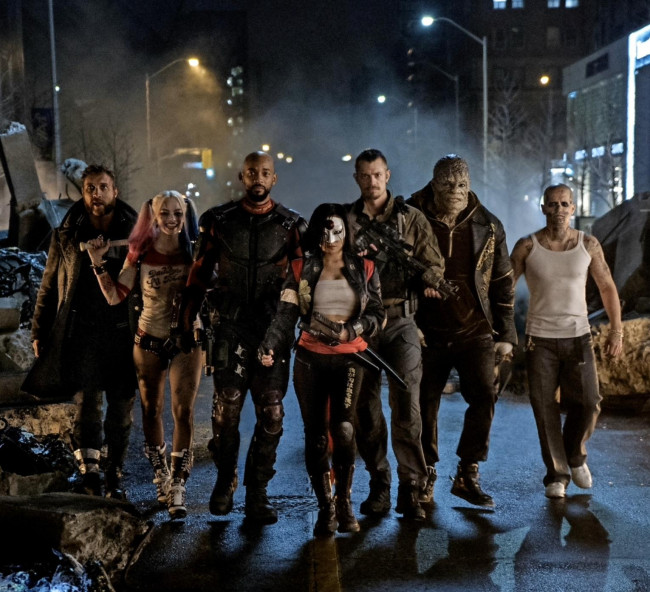 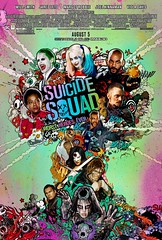 I don’t know about you, but to me, it feels like it has been years since the first leaked photos of the “Suicide Squad” movie set debuted online. It feels like forever since we first laid eyes on the new, tattooed version of the Joker. All of the hype, all of the build-up, and all of the anticipation have finally come to fiendish fruition.

This movie has everything going for it. It’s a cool concept to start out, it features beloved villains from the DC Universe, and it has a solid director behind the scenes. It is also the first live action appearance of Harley Quinn, one of comic’s most beloved villains.

Most importantly, even after two, in my opinion, simply bad films based in this new DC Cinematic Universe in “Man of Steel” and “Batman v Superman: Dawn of Justice,” DC still had the strong support of their fans.

Many saw this as everything “Batman v Superman” wasn’t. The success of this movie would be the spark that DC needed to get on its feet and start really building up this universe into something that could eventually challenge Marvel for its throne as pop culture juggernauts.

Sadly, however, “Suicide Squad” won’t be the film to do that. In fact, it may have done more harm than good, just like its legion of main cast villains.

The origin of the group is right out of the comic books. Badass government higher-up Amanda Waller, played by Viola Davis, assembles a team of jailed supervillains to deal with issues off the books. If they fail, the villains die. If they succeed, they get reduced sentences and get to wait out their next deployment. Each villain is outfitted with an implanted bomb that kills them if they are not compliant.

This iteration of the legitimately star-studded team features Will Smith as Deadshot, Margot Robbie as Harley Quinn, Jai Courtney as Captain Boomerang, and Adewale Akinnuoye-Agbaje as Killer Croc, all led by Special Forces expert Rick Flag, played by Joel Kinnaman, with Katana, a heroic volunteer member played by Karen Fukuhara, by his side.

While these villains are the main focus and the driving force of the film, some shine much, much brighter than others. As I’m sure everyone who saw the trailer guessed, Robbie and Smith take the leading roles here. The two spend the most time on screen, share the closest bond as characters, and have the best onscreen chemistry. I suspect the two working together previously as love interests in “Focus” may have contributed more to that dynamic than anything else.

Croc is criminally underused here, in my opinion. He only has about six lines throughout the movie and never feels like the brutal cannibal he appears to be; most of his time on screen is spent mugging at the camera. Even Captain Boomerang had more to do, which was a pleasant surprise. I ended up liking him a lot considering his relatively small role and limited screen time.

Quinn was, unfortunately, a mixed bag. At times, her dialogue was snappy and funny. Most of the time, however, she felt like the typical manic pixie dream girl character we’ve seen in films like “Sucker Punch.” She acts like one of those edgy teen girls who shop at Hot Topic for every part of their wardrobe or a cheerleader pretending to be a goth kid for Halloween.

Smith is, undoubtedly, the highlight of the film. Smith as an actor is just so charismatic. When he’s on, he can light up any screen in any role. Not only does Smith carry the majority of the load here, but he manages to do so while being a complete badass.

Unfortunately, Smith is one of few who manages to stand out in a positive way.

One of biggest issues with the film is the lack of a legitimate villain. Enchantress, played by Cara Delevingne, is just so lackluster. You don’t understand her motivations or even what her actual plan is throughout the entire film. Instead of actually doing anything herself, she turns people into zombie-like creatures that act as fodder for the main characters to mow down.

This is compounded by the fact that Delevingne’s acting is just piss poor; plain and simple, she sucks. She’s stiff and wooden in her movements, and her delivery of dialogue is awful. I don’t know if it was a lack of direction or what, but she is dreadful in damn near every scene she’s in.

And I know all of you are waiting on the big reveal here. The final verdict on Jared Leto’s Clown Prince of Crime is in, and it seems to be a resounding “meh.”

Leto is simply not a factor in this film. He’s on screen for approximately 10 minutes total and fails to make a substantial impression during the limited time he had.

Leto’s look has been a problem since the very first time we saw him. The silly tattoos pissed a lot of people off, including me, but I’ll admit that they did not bother me during the film itself. When Leto was moving around on screen, the tattoos were less of a factor than in still images.

Where biggest issues come in is in Leto’s mannerisms. He feels less like an intimidating force to be dealt with than a juggalo with some dental implants. He didn’t embody the character the way someone playing the Joker should, the way someone like Heath Ledger did. I know it’s somewhat unfair to compare the two, but I feel it helps to illustrate the point.

Ledger’s Joker was a force of chaos, a bubbling pool of anger and violence. Leto pulls from a different place. His interaction with every character is almost sexual, the way he gyrates around and talks in an almost breathless manner. He feels manic in almost a bad way, like someone trying too hard to be manic. He stands out as Jared Leto trying to act like the Joker instead of transforming into and embodying the character like Ledger did.

Now, this particular version of the Joker didn’t suit me personally, but I could see it working for others. I’m not going to sit here and tell you that Leto was bad, because he wasn’t; he just wasn’t the Joker the same way others have been before.

All in all, the biggest problem with “Suicide Squad” is DC itself. This movie feels like it was taken out of the hands of director David Ayer and chopped up to all hell. Between the reshoots to make it more like the goofy trailer, the inclusion of very limited tastes of both Batman and the Joker and, the biggest sin of them all, not committing to this being a violent, bloody, R-rated action comedy is a typical studio choice. I would have loved to see Croc rip out a soldier’s throat or for Deadshot to splatter someone’s brains all over the wall behind them.

Marvel has their grip so tight on the comic book movie genre that the only way for DC to catch up is to diversify themselves. DC was always the grittier, more violent of the comic universes. Play to your strength and take the reins off of the directors. Separate yourself by being the universe that takes no bullshit and isn’t afraid to let loose with balls-to-the wall violence. Stop following Marvel’s blueprint.

In the end, “Suicide Squad” feels like a paint-by-numbers comic book movie. It did nothing particularly badly, but it failed to leave any real impression on me. It was just sort of middle of the road, taking no real risks and doing nothing groundbreaking.

Sadly, this isn’t going to be the savior of the DC Cinematic Universe like many thought it would be, but it may very well be a contributing factor to its downfall despite its opening financial success.