One of the main goals of the Electric City Music Conference is to highlight all the incredible musicians who live and perform in Northeastern Pennsylvania, but there are also 11 diverse out-of-town acts playing this year that are just as worthy of your attention. Our local music scene is connected to many others, particularly in the tri-state area, and this weekend will bring them all just a little bit closer together.

ECMC co-founder Joe Caviston highlighted these bands for NEPA Scene and explained why he booked them at various venues across the area on Friday, Sept. 16 and Saturday, Sept. 17. Let’s make them feel right at home, and be sure to check out our complete guide for the full conference schedule and details. 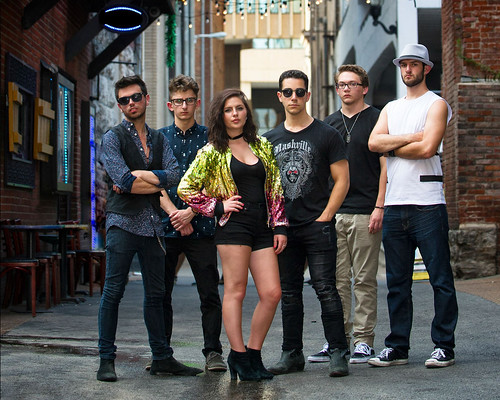 About: In just a few short years, Taylor Tote has made quite a splash on the New Jersey music scene. The 21-year-old Jersey Shore native was named by NJ.com as one of the “25 must-hear local bands” for her “big voice, old soul” style and the Asbury Park Press listed her in “The 9 Jersey Shore Bands You Need to Hear.”

Joe says: “I heard Taylor perform at an open mic during the Millennium Music Conference. Well, actually my wife heard her and brought it to my attention. This girl can sing, and she has a killer band behind her.” 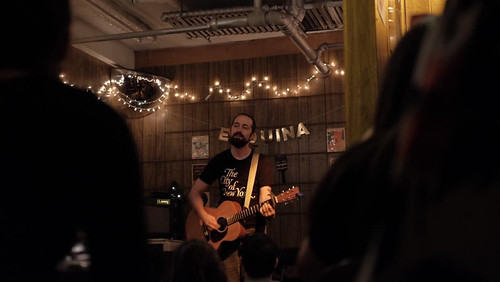 About: A man can only offer his own perspective on the world, but in earnestly sharing one’s own perspective, a person can create something that resonates in the ears, minds, and hearts of others. That is what Matt Wheeler’s music is about.

Joe says: “Matt submitted through Sonicbids, but I know who he is. Living in Harrisburg, I spend a bunch of time in the Lancaster area, so when I saw his name, I was very excited. The first time I heard him, I knew he was perfect for The Bog.” 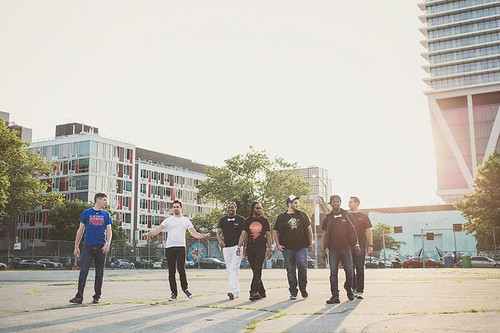 About: Black Tie Brass is a horn-driven jazz/funk band from NYC. They combine the presence of a New Orleans brass band with the sound of a funk band.

Joe says: “Black Tie Brass was another submission from Sonicbids. I love what they’re doing by combining big band jazz and funk. Anyone who likes the bands that the Backyard Ale House brings in on Parade Day is going to love these guys!” 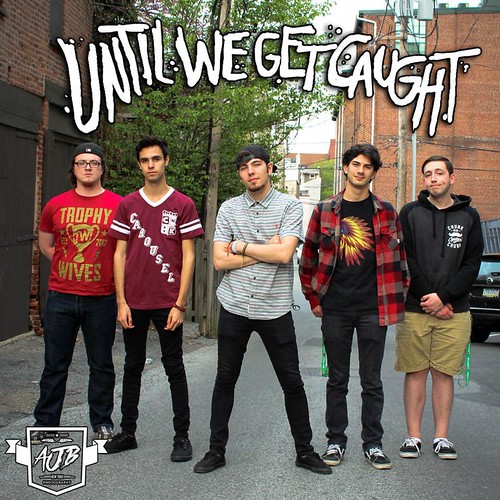 About: Until We Get Caught describes themselves as semi-sweet pop punk.

Joe says: “We had a band drop out last minute and the boys in Until We Get Caught hopped right on board. We’re stoked to have them, and I see big things in their future. They recently signed with Word Is Bond Management.” 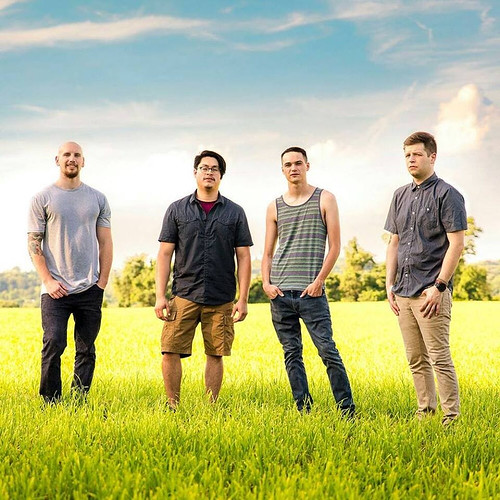 About: Poeta draws inspiration for their elegant rock sound from groups such as Saosin, Coheed and Cambria, My Chemical Romance, and City and Colour. Vocalist/guitarist Kevin Torres has an impressive range and brings strength and power to the band’s songs. Backed by Anthony Dentino on guitar, Sean Shewan on bass, and George Powell taking percussion duties, Poeta is a band that blurs the lines between genres.

Joe says: “This band is about to blow up. Their first tour is killing it, and they’re making fans up and down the East Coast. They’re signed to Word Is Bond Management and it seems like that company is getting a band signed every week.” 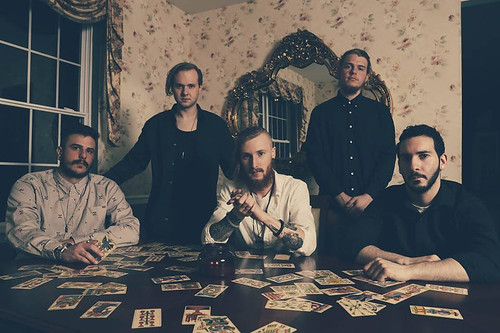 About: This progressive metalcore band from New Jersey recently signed a management deal with Word Is Bond Management.

Joe says: “Upon first listen, I knew we needed to have Inventure play our event. Even if you’re not a metalhead, you’ll like this band. They’re going to be playing a room full of hip-hop acts at the New Penny, but I know a bunch of those hip-hop bands cross over with the local metal community often, so this should be a cool experiment!” 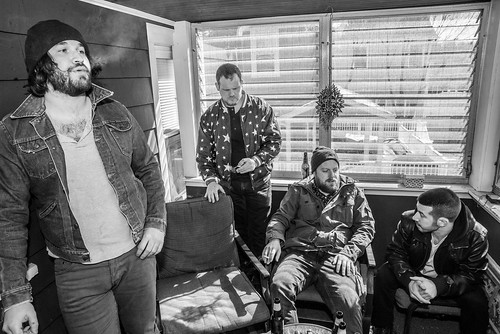 About: Powerful rock and roll music with danceable grooves and soulful lyrics. Recently opened for Refused and the Deftones and played the Fuzz 92.1 battle of the bands for Fuzz Fest.

Joe says: “I met Deaf Rhino at the Millennium Music Conference in Harrisburg two years ago. I didn’t get to see their set, but I listened to their CD and was impressed by their professionalism, so we booked them for the conference last year. They blew my mind live. I’m excited they’re back again this year and I hope they come back every year.” 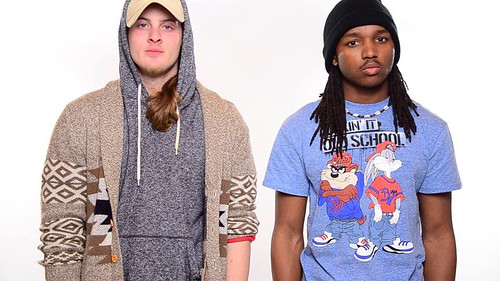 About: Charlottesville, Virginia alternative hip-hop duo Zac Mac and Dominick Gordo go by the name EquallyOpposite. They formed early 2013 and have since released their first mix tape, “Hometown Fengshui.” Zac Mac and Gordo’s rapping styles differ from each other, yet also may complement each other in an equal way. There range in music varies, but somehow still stays in a bubble of hip-hop.

Joe says: “Probably one of the bands that I’m most excited about at this year’s conference. They’re different – different in a really good way. I’m excited to see their set, and I’m excited for Scranton to check these guys out. I’m hoping every kid from the University of Scranton is on hand for their set at Kildare’s.” 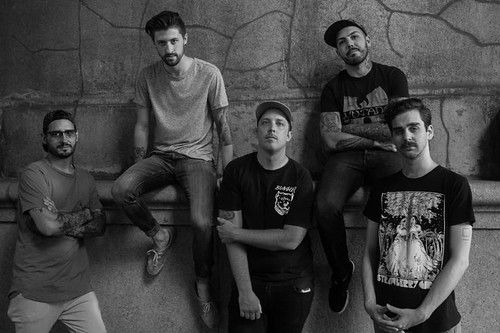 Joe says: “Full disclosure, I’ve known members of Grail for years. I toured with their old band, Driver Side Impact, back in the day. But these guys aren’t a pop punk band anymore. They’re doing hardcore serious and they’re doing it right.” 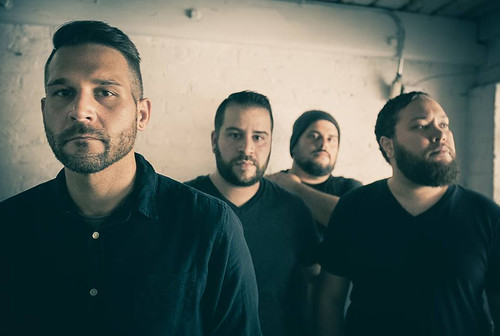 About: Red Hymns features members of Drive-Thru Records’ A Day at the Fair and Big Wig.

Joe says: “I’ve yet to see Red Hymns live, but the band is full of seasoned musicians. A Day at the Fair is one of my favorite bands ever, so I’m just excited to have booked this band. Fan girl city.” 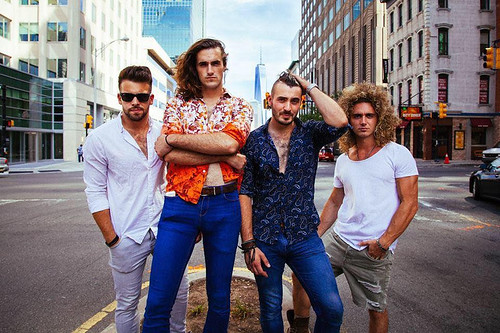 About: Wild Planes had their first debut show at Irving Plaza in New York City and, in only five months, the band has played numerous festivals in the Northeast and is now set to play with CeeLo Green in Stamford, Connecticut.

Joe says: “I could listen to Wild Planes all day. The band is incredible. Their sound is right on top of what is hot right now. They’re a perfect fit for Firefly or Coachella, but until they get there, we’re glad they’re with us!”