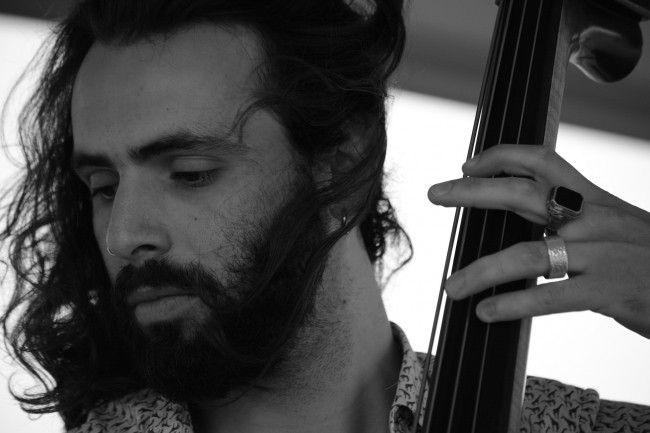 Some days, I sit down and write these columns and I have a really solid idea, like last week. Sometimes, I have no ideas, like the week before. Well, this week, I sat down and realized I had about seven ideas… all at once.

Before I knew it, I have written about 1,000 words on the habits of white tailed deer, opening a diner, Buddhists, elephants, the philosophy behind tree farms, and how all that applied to a musician’s career. But, as it has happened to me many times before, there came a time when I had to just admit that what I was doing wasn’t making any damn sense.

And that, for any writer, is a sad walk of shame to the top of the page.

Creative ideas come to you in a flash, and you sort them out with intuition. Unfortunately, what intuition tells you to do with your piles of ideas can be confusing as hell.

Intuition is a bitch. I can feel it in my chest when something I am working on isn’t right. I ignore it for a while, but it comes back. In my experience, when you find yourself talking yourself into the notion that something is right… it is probably wrong. Add the aforementioned feeling in the chest and you are an idiot if you keep going down the same road.

As Quincy Jones once said, “If it don’t feel right, it ain’t right.”

The problem is that intuition sometimes tells you to do something that completely defies conventional wisdom. Sometimes that involves starting over. And, if you have had any sort of success in life at anything, that can be very risky, unwelcome advice.

We all want to hang on to what worked in the past, especially if we have invested a lot of time and money into something. And it pisses us off when what used to work doesn’t work anymore.

I believe it is called a cliché. Nobody likes those.

To quote Tom Robbins in “Still Life with Woodpecker:”

“Have you risked disapproval? Have you ever risked economic security? Have you ever risked a belief? I see nothing particularly courageous about risking one’s life. So you lose it, you go to your hero’s heaven and everything is milk and honey ’til the end of time. Right? You get your reward and suffer no earthly consequences. That’s not courage. Real courage is risking something that might force you to rethink your thoughts and suffer change and stretch consciousness. Real courage is risking one’s clichés.”

Bravo, Tom. OK, maybe I can salvage something from my 1,000 words this morning. Here’s the restaurant analogy I had that is similar to how the music business works…

There is this guy, Joe, who makes great burgers. I mean, these things are awesome. Friends flock to his parties just to get a taste of one. Eventually, his friends say, “Joe, dude, you should open a diner. You have a goldmine here. People would come from miles around for your food. I would fill your place with my friends alone!”

Joe says, “You know what? You are right. I have always wanted to own a restaurant. I am going to go for it.” So Joe hooks up with a couple buddies and finds a spot to put his diner. He opens the door and, sure enough, people are waiting outside. For the first time, the general public gets to taste his amazing burgers.

It takes a while, but word spreads. Joe’s Diner is busy. Breakfast, lunch, and dinner. Joe is in a lot of debt, but he’s making a few bucks now. He’s overworked, but things are moving in the right direction. He has systems in place that are working, so he sticks with them.

Then, one day, while a table of his regulars are sitting around at lunchtime, one of them says, “You know, Joe seems a little burned out, don’t you think? Not as friendly as he was. And the burger I got yesterday was a little overcooked, not like it used to be. Plus, we have been coming here for years. You guys want to try somewhere else tomorrow?”

Another guys says, “My wife and I are having a baby in a few months, so my days of hanging out with you assholes are numbered anyway. I’m up for a change.”

Then a third guy says, “I’d be up for a place that is a little quieter so we can talk. The noise here is starting to get on my nerves.”

So everyone agrees to leave. Good reasons all around, but that doesn’t help our boy Joe. You can almost hear him singing the Joe Walsh line, “Everybody’s so different, I haven’t changed.”

Slowly, several of the other tables of regular patrons follow suit. The ones that remain are not enough for Joe to keep the things going. He downsizes at first but, slowly, things fall into disrepair. The neon sign out front reads “E A oe’s.” Eventually, he closes the diner.

That should be the end of the story right? Well, no, it isn’t. Joe’s friends all disperse and eat lunch somewhere else… for years. Then, sooner or later, they start reminiscing. They say, “Joe’s Diner was a great place. Man, I wish that spot was still around!”

A bunch of people start hounding Joe on social media. They tell him he should start cooking again. Joe sees the demand and rents a spot at the county fair. So, once a year, all the old friends get together and eat burgers and talk about the old days.

So that, my friends, is a pretty accurate analogy of many a musician’s career.

Not a particularly sad tale, right? Not at all. Joe made a lot of people happy. Good guy, Joe.

But… he became a slave to his own patterns. He became a cliché. He rode the same merry-go-round every day. Eventually, people got off, which is normal. He needed to change it up, expand what he was doing into other avenues – catering, private events, or whatever. But he got so busy doing what he had always done that he didn’t have the time. He burned out running in the same circle and resisting change. So that was it.

OK, I am dangerously close to diving back into the conversation about deer and elephants, but I will resist. I don’t speak intuition very well. I need to take more classes.

So, the moral of the story is: Trust your gut. But if your gut is talking to you like it just downed a bottle of Crown Royal, then come back tomorrow after he has slept it off.

Screw this. Time for a sandwich.

See you all next week.