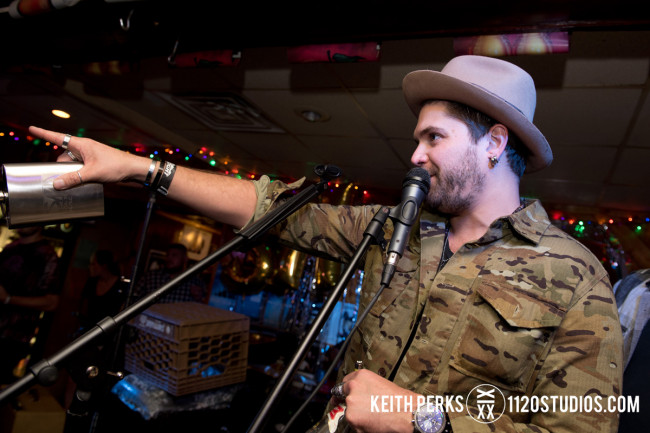 Last night, I went to the Steamtown Music Awards at The V-Spot in Scranton. It was a great night of catching up with friends and fellow Northeastern Pennsylvania players, writers, and producers.

As I got up this morning, I found myself thinking about an event that happened to me 20 years ago. I was at a charity auction in Austin, Texas. To be honest, I can’t remember the cause, but I do remember being there. At one point, I was standing backstage with a whole group of presenters. There was Jimmy Vaughn, Tommy Shannon, and Chris Layton (of Stevie Ray Vaughn’s Double Trouble), Charlie Sexton, Eric Johnson, and several others.

I remember thinking what a great musical legacy Austin has. There are so many others you could name, Willie Nelson being one of them. There is a statue of Stevie Ray in town. The last time I was there, Jimmy Vaughn’s picture was on the cover of the travel brochure.

That place loves its musicians.

Then I thought back to last night. Standing in the corner by the pool table were a bunch of friends of mine: Aaron Fink, Nick Coyle, Jon Nova, Tom Flannery, Tony Halchak, Ed Randazzo, Dustin Drevitch, and Eddie Appnel. I am forgetting several, I know; there were hundreds there. But I thought about how this group of guys has about six record deals between them, who knows how many national tours, a few gold and platinum albums a few plays, soundtracks, movie scores, Independent Music Awards, and a shit-ton of albums. They have been on MTV, VH1, several of the late-night shows, and played to arenas full of people all across the land.

Also, there was a Lifetime Achievement Award presented to the late, great George Wesley, who entertained anyone who crossed his path for five decades!

I’m not saying that our crew was on the level with that group in Austin, but… pretty impressive for a bunch of drinking buddies, right?

Yeah, but what will they be doing tonight? Many of them will drive off in all directions to a variety of clubs, set up in front of a bunch of jerseys hung in homage to local heroes who played in the NFL and MLB for a few years, and play a gig.

And it makes me wonder, why is that jersey on the wall, yet no one seems to think these guys are something this area should be proud of?

I was an athlete, too; I put myself through school being one, so I am not dissing the accomplishments of our successful athletes from the area. But I believe the musicians deserve a place at that round table as well.

And, if you are a person in charge of such things, I think a thriving local music community is good business.

So thanks to Joe Caviston and Ken Norton and everyone else involved with the Steamtown Music Awards. Northeastern Pennsylvania is quite a ways from the status of Austin, Texas, but last night was a step in the right direction.

When I was starting out over two decades ago, I didn’t know anyone locally who had ever made a record, let alone had a record deal (or any other of my friends’ accomplishments). Now I can stand in an NEPA bar with my pals and hear stories about these things for days.

When our band, The Badlees, were signed to A&M Records in the mid ‘90s, we had a band house in the town of Selinsgrove. Most of the guys in Breaking Benjamin also hailed from there. Singer Ben Burnley used to tell me that he walked by our place after school a lot while we were practicing. The guitarist, Aaron Fink, knew how to play my songs better than me (still does). The drummer, Jeremy Hummel, had a band that played with us a few times. One of the earlier formations of the group opened for us at a local high school.

Now, you can read all sorts of stories on the Internet about guys who come from nowhere and do great things with their music, but it all seems a lot more possible when they live on the street where you ride your bike.

I think that sort of thing is cool. Don’t you? It feeds on itself, in a good way.

So it was nice to see people getting recognized…

When I went out this morning, I heard Panacea’s “We the Broken” blasting from a car that drove by. That record was done in my basement.

When my girls were small, I bought them this princess castle clock radio. It was their first alarm clock. I dialed in a radio station and I set it up for them to get up for school. The first time it went off, it was playing a song of mine – one of my tunes, blasting away out of that little pink castle. I smiled as they whacked the snooze button. I love that memory.

Once again, I think these kinds of things are cool. We should be proud of our music community. They are a big part of the fabric of this place and should be treated as such. There are a lot great people in the area doing great things with musical events. I hope this trend continues to grow.

When Paul Smith and I opened our recording studio years ago, we used to say, “We don’t care about the money but, when this is all done, we want one of those blue signs along the road.”

You know, the historical markers that say “Sullivan’s March” or “Battle of Wyoming.” You see those signs and your brain automatically says, “At some point in time, some shit went down right here.”

That’s all I want for my musical life and career. Some shit went down and I was there.

Thanks for the great night, fellas.