Country rock band Girls Guns and Glory returns to the F.M. Kirby Center in Wilkes-Barre with up-and-coming singer/songwriter Kelsey Waldon on Friday, Dec. 2 at 8 p.m. as part of the Live from the Chandelier Lobby Series, presented by Convenient Food Marts.

Girls Guns and Glory’s love for early rock ‘n’ roll, true country, raw blues, and pretty much any kind of authentic American music branded them quickly as anomalous — and electrifying. Since that time, they’ve barnstormed far beyond their Boston hometown, playing honky-tonks, beer joints and, more recently, concert venues throughout the U.S.

They’ve amassed a loyal legion of fans along the way. The media have noticed too, including Rolling Stone, which heralds them as a “modern-day Buddy Holly plus Dwight Yoakam divided by the Mavericks.”

This milestone year, Girls Guns and Glory recorded for the first time on its own label. The group has channeled all it’s experienced into its most personal and, paradoxically, hardest-rocking release to date. Their new album, “Love and Protest,” will be released on Nov. 4.

“That title sums up this album and it sums me up very well too,” singer, guitarist, and songwriter Ward Hayden says. “We’ve done 10 years of touring, living, learning and growing, maturing and developing a broader world view, a view outside of the small town where I grew up.”

Kelsey Waldon is a Kentucky singer/songwriter who hails from Monkey’s Eyebrow in rural Ballard County, where her family put down roots several generations ago. Even so, Waldon’s musical tastes reach well beyond those borders, as evidenced on her new release, “I’ve Got a Way.”

From classic crooners like Merle Haggard and Loretta Lynn, to bluegrass greats like Ralph Stanley and Ricky Skaggs, to iconic songwriters like Vern Gosdin and Guy Clark, she wears her influences on her sleeve… and proudly so.

Waldon released her debut album in 2014, “The Goldmine.” The set was met with open arms from both critics and lovers of the kind of country music that she makes — the kind born in bars and raised in honky-tonks, the kind leaning on pedal steel and driven by Telecaster. 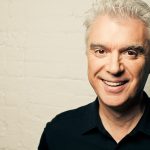