Like last week’s Mago Tago IPA review, I traveled down to Tired Hands in Ardmore near Philadelphia for today’s MBR, but this time, I’ll be comparing two different versions of the same beer.

This is Only Void, an imperial stout conditioned in stainless steel, versus Only Void brewed with single-origin Awake Minds Ethiopian coffee!

The Void is the philosophical concept of nothingness manifested. The notion of the Void is relevant to several realms of metaphysics. The Void is also prevalent in numerous facets of psychology, notably logotherapy.

The manifestation of nothingness is closely associated with the contemplation of emptiness, and with human attempts to identify and personify it. As such, the concept of the Void, and ideas similar to it, have a significant and historically evolving presence in artistic and creative expression, as well as in academic, scientific, and philosophical debate surrounding the nature of the human condition.

In this sense, knowledge or experience of the Void could be said to actually be unknowing, given its inherent ineffability. In Western mystical traditions, it was often argued that the transcendent “Ground of Being” could therefore be approached through aphairesis, a form of negation. 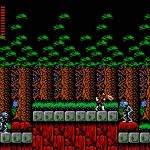 TURN TO CHANNEL 3: ‘Simon’s Quest’ is an NES ‘Castlevania’ misstep, but not a horrible curse 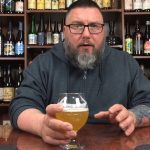