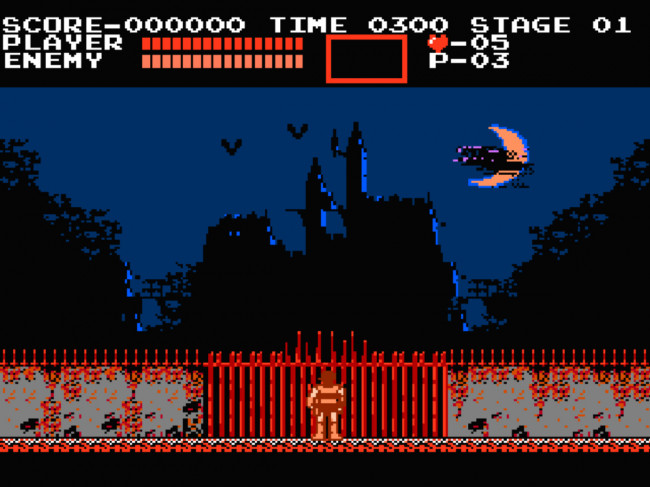 I just wanted to take a second here and thank editor Rich Howells and NEPA Scene for allowing me to do this for two years now. Turn to Channel 3 has been a column I have done for over five years now, but only in the last two did I truly feel at home where I’ve produced it. Thank you all for reading, and here’s to more glorious years together!

We end this month of our “October Gaming Spooktacular” with a title that, for many of us, was our introduction to this dark and mysterious genre of gaming, and one that needs little introduction for those devoted collectors of the NES library.

Today, we take the frightening and perilous journey back to the first Belmont adventure in “Castlevania” on the original Nintendo Entertainment System!

With countless remixes and renditions of this soundtrack, to merely consider it one of the more iconic soundtracks on the NES would be an understatement for sure. With songs like “Vampire Killer,” “Wicked Child,” “Walking Edge,” and “Heart of Fire,” there are few soundtracks in the 8-bit era of gaming as well-balanced and thought out from start to finish as what is presented here in “Castlevania.”

Each crack of the Belmont whip, each smash of holy water, sounds just as epic and adventurous as it did all those years ago. The Castlevania soundtrack isn’t about abundance and variety as much as just how well each part works together in creating moods and environments unlike anything else you’ll find on the NES.

“Castlevania,” graphically speaking, isn’t necessarily a masterpiece, especially by today’s standards, but the environments presented here are dark, mysterious, moody places that help set the tone for what you’re about to experience. They all have their own distinct aura about them, as do the enemies and bosses you encounter. Some of the levels even appear quite vast by NES standards, which further the sense of fun and adventure as you make your way to Dracula.

Let’s get this out of the way right now – “Castlevania” games, especially the early entries, are what we, as gamers like to call, deceptively difficult. They lure you in with this idea that you know what you’re doing and you have everything well in hand before the intensity and difficulty are increased in such a way that, in retrospect, this was another NES game that may have taught us to curse at an early age, but we loved it and were glad to have grown up with it.

“Castlevania” was the gaming equivalent of that one friend who tells you like it is and isn’t concerned with hurting your precious feelings or crushing your ego. With platform jumps that were merciless at times, enemies that would respawn until you held up your own cross and garlic, and bosses that both summoned tributes to monsters of tales gone by as well as tested your patience, “Castlevania” is a blast to play if you want a good challenge.

For so many of us, before games that truly gave us nightmares, “Castlevania” was our first romp through a game that was both challenging and fun, while introducing us to a much more darker side of gaming for the time. Yes, stripping down all the bells, whistles, and classic horror movie tributes, “Castlevania” is an action platformer, but it is what that core is wrapped up in that makes this such a unique and endearing game all these years later, as well as making it one of the most sought-after titles in the NES library.

If you haven’t played Castlevania in a while, you owe it to yourself to revisit those days of great NES games that shaped what we remember about the console and that period of time. It’s no wonder that Nintendo has included it as one of the 30 pre-loaded games in the new NES Classic Edition, due for release on Nov. 11.

That does it for me this month. Next time, as per tradition, we look at some games I am personally thankful for during the month of November!

Until then, be on the lookout for Dracula this Halloween and, parents, enjoy that free candy as you game on!