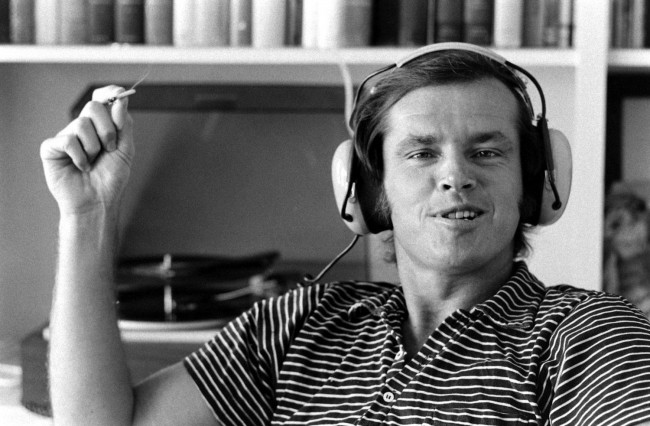 If your friends don’t turn you on to new music, no matter how old you are, then they ain’t yer friends!

This is also bullshit, but I’m having fun knowing that some of y’all have twice now flown into a rage because of it. I’m a rascal like that. Or a dick… whatever, same thing.

Anyway, seriously, if you hear a new band or song that blows your mind, what’s the first thing you do? You play it for somebody else, right?

It seems like a small thing because we do it so often and in an almost reflexive kind of way. Because it’s such an ingrained, natural part of the life of an audiophile, the magnitude of the act goes almost unnoticed, especially by the person sharing their new discovery.

Consider how many songs remind you of specific people, some because of shared experiences where the music had been playing, like milestone concerts you attended together or parties where you both scored (drugs or with broads; both are equally memorable).

Some simply because of the times you lived in – kids, teen, young adults, reckless 20-somethings (reckless 40-somethings if you have the right friends). And, of course, stuff your friends turned you on to.

An example that stands out for me is my friend, mentor, and monster bass player Nolan Ayres (currently playing in the Phyllis Hopkins Electric Trio).

When I was a kid, I met Nolan through his little brother, one of my then/now best friends in the world (I’m a lucky dude – most of my friends I’ve had my entire life), Mr. Buzz Buzzyrd Ayres.

Buzz and I loved music, starting with Billy Joel and The Knack and all manner of killer late ‘70s, early ‘80s rock like Chilliwack’s “My Girl,” Atlanta Rhythm Section’s “I’m Not Gonna Let it Bother Me Tonight,” Robbie Patton’s “Don’t Give It Up,” or Donnie Iris’ “Ah! Leah!”

A bunch of those we heard on the bus ride home from school, or at the now long-gone Western Auto Store in Mayfield (known as Tokyo Joe’s because of the crappy “made in Japan” stuff sold there in the 1950s and ‘60s) when we were buying CO2 cartridges, pellets, BBs, and Wrist Rocket slingshots.

We liked to shoot stuff, you see.

Anyway, as I spent more and more time at the Ayres compound…

(and if I may, I’d like to take this opportunity to apologize to Mrs. Ayres for eating thousands of dollars of the family’s food; never, ever, ever going home; and setting fire to the bathroom that one time when we were burning army men in the tub. Even though Buzz did it. But I totally helped. You are a saint, ma’am.)

…I’d hear more and more of Nolan’s music. Eventually, when he went digital, he gave me the vast majority of his LP collection, all of which I still play regularly and was the basis, combined with my existing collection at the time, for my current, large record collection.

But the first album he just flat out gave me was Black Sabbath’s “Vol. 4.”

As he handed it to me, he related that he’d listened to it on a loop whilst writing a term paper and, afterwards, he “thought I was gonna need psychotherapy.” He never had to listen to it again.

It was cool-looking record, a yellow highlighted negative of Ozzy, arms high, giving double peace signs on a black background with only the title in large letters beside him. Inside the gatefold… remember those? Something those poor mp3 Kool-Aid-chuggin’ middle-aged Gen-Xers will never see again. Fucking sellouts. We had the real Lollapalooza, we had Nirvana, we had videos on MTV, and you threw away all that beautiful sound quality for the über compressed hiss of portable convenience, you bastards.

I’d heard of Sabbath, and I knew “Iron Man,” for sure. Maybe I’d heard “Paranoid,” but “Sweet Leaf” (and my personal understanding of its meaning) was about a year or so in the future. In essence, I had totally virgin Sabbath ears, and “Vol. 4” was about to pop my aural cherry but good.

I got back to my house and had a few hours to myself before the parental units returned from whatever it is that grown-ups do all day. I’ve never even tried to find out what that is because they’re all a bunch of miserable pricks because of it and I ain’t havin’ none of it.

So this brief window of solitude, which eventually would be any time of day I wanted when I discovered playing hooky and my note forgery prowess a few months later, afforded me just enough time to partake in my new ear candy twice. The first listen is always the base, primitive pass, when you listen with a completely blank canvas in your head. The second is when you focus on the nuances of the specific sounds that made your big toe shoot up in your boot and holler.

I put the needle on the platter and…

JEEZIS FUCKIN’ CHRIST! WHAT IS HAPPENING TO MY BRAIN?!

The first note, the very first goddamn note of “Wheels of Confusion/The Straightener” hit my cerebral cortex like a sledgehammer wrapped in black burgundy velvet. The music was so heavy, tuned so low, and Ozzy’s voice, a full octave or more above everything else, I had found the answer!

Something I’d been suppressing deep, deep within my psyche suddenly shook loose and whispered, “Fuck everything up to this moment. You’re free.”

Sounds dramatic, right? Sounds like I’m playin’ it up for effect, right? You can’t even begin to relate to that sort of emotional response to a dumb record, right?

If so, you’ve read quite enough. You’ll gain nothing more by continuing to read further. Your short-sleeved Oxford cloth shirt and 100 percent rayon tie beckon you, infidel.

Now, as for the rest of you, you know exactly what I’m talkin’ about!

Maybe it was the Jefferson Airplane or Tommy Dorsey, or the Dead Kennedys or Mercyful Fate. It could have been Duran Duran or Korn, Ian & Sylvia or Buffy Sainte-Marie. Maybe John Prine or Christopher Parkening, but something got you!

And I’ll lay odds that a fair percentage of you never would have (or would have taken ages to have) found it on your own.

A few months ago, I turned Ill Phil Newcomb (another of my core group of hetero life-mates) on to Uncle Acid and the Deadbeats. Just this past week, I introduced him to The Sword. He, in turn, exposed me to all of the Rammstein that I hadn’t heard (which was everything except “Du Hast”) and the simply awesome joy of Ghost.

I was annoyed when we saw Sabbath a few months ago that I hadn’t turned he and Sandy (Phil’s wife and the only single female member of our crew who was tough enough to stick around until today. She’s also the biggest Judas Priest fan in existence, and you can ask the band; they point her out every tour because she never misses a show!) on to Rival Sons before. Had I known they were opening ahead of time, I would have loved to have been the guy who introduced them.

My friend, former music store coworker, and kickass Berkley-trained guitar wizard Mark Gillis (currently teaching at the Scranton Music Academy) took me to see Frank Marino, whom I’d only known peripherally as the guitarist in Mahogany Rush, a band I knew of, but had never heard. The show changed my attitude towards playing to such an extent that I have learned more about playing in the four years since than the entire previous three decades of playing.

That song is still, by far and away, my all-time favorite Dylan song. No other has that exact same emotional sensibility. The pedal steel, the heavy echo on Dylan’s voice, the fact that he actually sings the goddamn song, but mostly because my dad took a few minutes to turn me on to it. It meant enough to him that he had a need to share it. And I meant enough to him that he picked me to share it with.

These things, these moments that we, as audiophiles, seem, on the surface, to take for granted all leave an indelible mark on us all.

These gifts, these treasures shared between deeply connected individuals, create a deeper bond than anyone who doesn’t have friends to share music with can ever know.

The music given to us by those we care for shapes our tastes, our outlook, our dreams, and our character. When someone says to you, “You’ve just got to listen to this,” they are offering you a slice of their soul, and it becomes a part, in turn, of who you are. It’s blood brothers, on 10. There is nothing more sacred between music fans than the act of sharing a discovery.

So the next time you’re listening to something you simply adore and it brings you back to the day where somebody said, “You’ve got to listen to this,” give thanks to them because they’ve helped build you just a little bigger, just a little better, just a little more than you were the day before.