After announcing a show at 7 p.m. last month, the Sands Bethlehem Event Center has added an 11 p.m. performance from the Chippendales on Friday, Feb. 17, 2017 as part of their nationwide “Best. Night. Ever. Tour.”

Named one of the Top 10 shows and the “Best Male Revue” by the Las Vegas Review Journal and dubbed “the most-wanted men in Vegas” by ET’s “The Insider,” Chippendales’ captures just the right balance of sex appeal and tasteful teasing, creating the perfect environment for the “Ultimate Girls Night Out.”

This high-energy, fully choreographed, 75-minute production features some of the most physically elite men in the world who playfully dance and sing their way into the hearts of birthday girls, bachelorettes, and girlfriends who just want to have fun. An annual winner of the Las Vegas Review Journal’s prestigious “Best of Las Vegas Award,” the acclaimed production has also received five stars from Las Vegas Weekly and was named one of the “Top 10 Girl Getaways” by MSNBC.

The Chippendales, who have established themselves as icons of American pop culture, have performed in over 20 countries and have been featured on national television shows, including the Emmy Award-winning CBS series “The Amazing Race,” “The Ellen DeGeneres Show” (where TV legend Betty White received a special surprise performance), and “The Real Housewives of Beverly Hills” (giving Lisa Vanderpump and Taylor Armstrong a night they will never forget). Other television highlights include ABC’s “The View,” Bravo’s “Watch What Happens Live,” “The Wendy Williams Show,” CBS’ “The Talk,” “The Oprah Winfrey Show,” and “Entertainment Tonight,” among others.

Chippendales is one of the world’s most recognized brand names and the premier provider of entertainment for women with a flagship production at the Rio All-Suite Hotel & Casino in Las Vegas, a Miami cast at Mansion Nightclub on South Beach, and a U.S. and international touring troupe.

The company licenses its intellectual property for select consumer products ranging from apparel and accessories to slot machines and video games and operates chippendales.com, an online lifestyle and entertainment destination for women. Chippendales was established in 1979 and has headquarters in New York with offices in Las Vegas, London, and Miami. 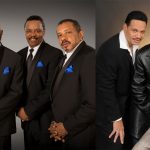 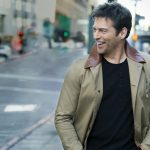