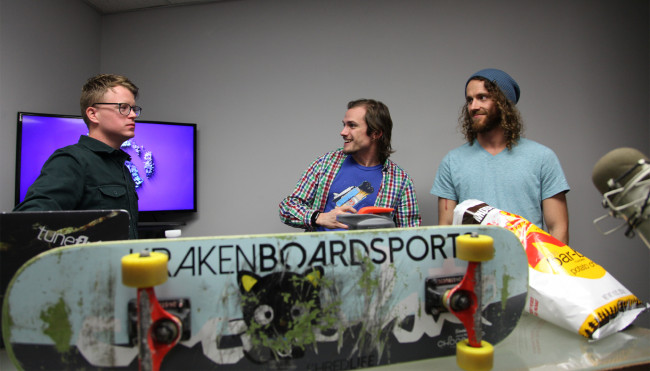 The streets of downtown Wilkes-Barre are quiet and subdued on Nov. 3, but on the eighth floor of the Luzerne Bank Building on Public Square, the energy in the Coal Creative office is as electric as the bright marquee lights of the F.M. Kirby Center next door.

The recently renovated office space serves as a hub for innovative marketing ideas, fueled on this Thursday night by stacks of pizza, a true hallmark of any Northeastern Pennsylvania business. Friends and crew members grab slices as they prepare to stream live on Facebook. 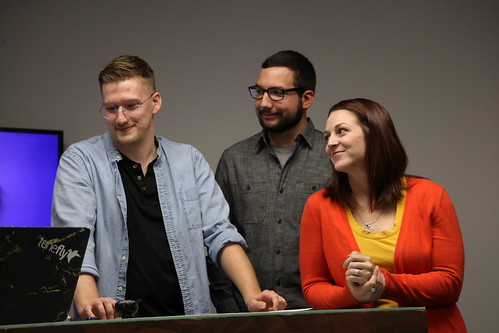 While anyone can go live from their phone through the Facebook app, this setup is much more professional and elaborate in what they’ve dubbed the DIY Studio. In fact, they may be the first business in the area to go live on Facebook with an HD multi-camera setup, intro videos, commercial breaks, and other features only found locally in big budget TV studios. It’s appropriate, then, that these young entrepreneurs are utilizing this to promote other young business owners in a three-part Entrepreneurship Series, the first launching with Tunefly.

The 20-something trio behind Tunefly, a new music social media app developed right here in NEPA, is laughing and joking as the cameras, one on a tripod and one in hand, zoom in and get ready to roll. Just a few feet away, Scranton acoustic duo Skip Monday is on standby as the musical guest, ready to open the show with a soothing love song as only they can deliver.

“It was really fun, to have that excitement knowing it was being broadcasted live. Also, it was a little nerve-racking but, overall, it was a unique experience we really enjoyed,” drummer Nathan Montella said afterward. 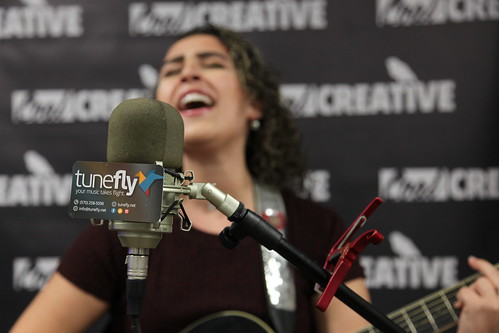 Host Josh Alberola is prepared with questions and takes some from viewers as they come in, even allowing them to demonstrate how to use the app on screen as Coal Creative founder Gerard Durling pulls the strings behind the scenes and keeps everything running smoothly from the adjacent room.

“The folks at Coal Creative did an incredible job putting the show together. What amazed me was how truly focused on our success they were. I felt like they put our interests first. Afterwards, we went to Bart & Urby’s in Wilkes-Barre and I was amazed to see that the show had 1,600 views already, within an hour,” Tunefly co-creator Samuel O’Connell said.

“The live aspect added a little bit of electricity to the show. As someone with a background in film, I often rely on the ‘Let’s do it again’ aspect of videography. So, personally, it was an intense, but thrilling experience.”

The show was a success for everyone all around, currently racking up over 2,000 views of the hour and 15 minute broadcast.

“It definitely was our biggest [online promotion] yet as far as getting our name out there goes. We still are gaining new users and getting inquiries from the folks who viewed it. It also gave me confidence in our team that we truly know our app and community,” O’Connell added.

By the next episode on Nov. 10, the minor kinks have been worked out and, unwilling to rest on their laurels, Coal Creative takes advantage of the current “mannequin challenge” trend and boldly decides to open the show with everyone in the room standing frozen in place as the camera moves around them and musical guest Fiddy Shades plays an original song on acoustic guitar. It all comes together moments before going live, but that fits with the risk-taking nature of the second episode’s guests.

Kraken Boardsports founders Mike Grobinski and Dan Lykens are extreme sports enthusiasts with the minds of skilled engineers, building a mechanical winch that can pull snowboarders and wakeboarders across unusual terrain, like a backyard picnic table, as demonstrated in one of their videos. Grobinski points to their latest model, the Kraken Stealth, as a massive scar on his arm peeks out from under his t-shirt.

“I broke myself off real bad. I landed upside down. When I hit the ground, my arm exploded. I was down for the count. I couldn’t do anything for at least eight weeks, and right at that time, I got an internship, so I decided to build the winch and see what happened. I probably wouldn’t have started a company if it hadn’t been for that,” he noted with a smile. 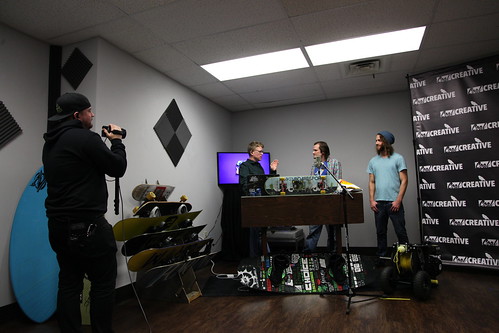 With more pizza and Middleswarth chips sitting next to various battle-worn boards and equipment strewn about the set, the pair have a great time just being themselves and speaking passionately about their unusual business and the long hours they’ve spent to make their dreams a reality.

“We love ranting and just having fun, so it’s always a good time,” Lykens said with a laugh.

“We got a nice outlet that we got to tell our story on, and that’s worth a lot.” 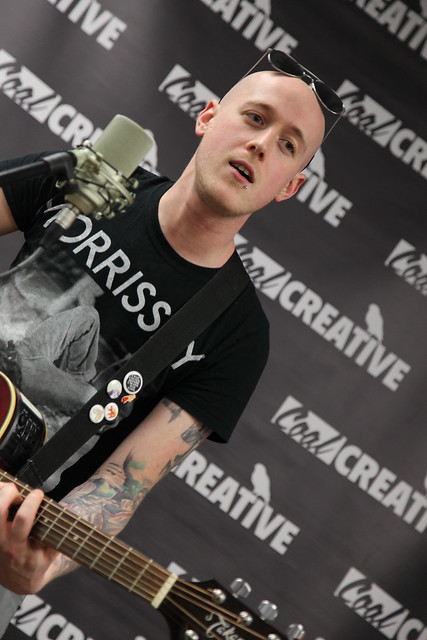 Making the huge announcement on air that Kraken would be opening a new skate park in the Twin Stacks Center in Dallas, where they will debut a new invention that will “completely change skateboarding,” Grobinski said knowing the Coal Creative crew beforehand put them at ease despite the pressure of being live, and he enjoyed taking questions from the audience, which again exceeded 2,000 views.

“We got people interested in what we’re doing, based on the questions. Who knows if they were asking if they were interested or because they wanted Reel Big Fish tickets [that were given away during the show]? I don’t know,” he joked.

“Regardless, people at least showed interest in it, so hopefully we’ll have some orders off of our site. That’d be great.”

Alberola is finally able to take a breather after the hour-long show, looking relieved but already excited to do it again on Nov. 17 at 7 p.m. with The Game Chateau, a new board game café in Wilkes-Barre.

“It’s hard not to be nervous, but the energy of it makes it all make sense in the moment. It kind of calms down when you’re staying in the moment with it. We work hard all week together and we have so many things going on right now, but we stop everything and then just start doing this, coming together and making it all happen. No one will ever see or know [everything going on behind the scenes], but for me, it’s such a cool feeling,” the host said.

“I think these guys [at Kraken] speak for themselves. It speaks about the area, too. It’s so easy to find talented people just by letting them be themselves, telling their story. It’s interesting, but no one is looking here. They’re just looking elsewhere, outside NEPA. These guys are trying to get this pretty awesome product off the ground right here. That’s crazy.” 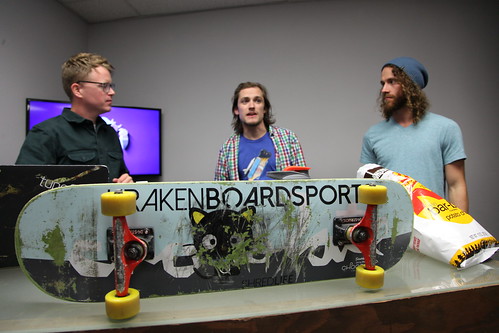