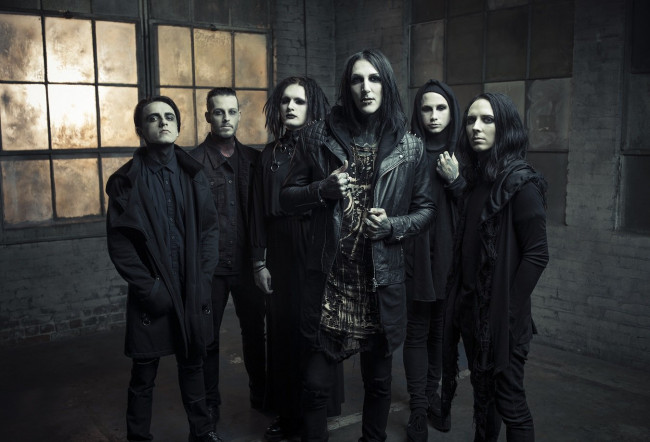 Scranton metal band Motionless In White has always been big on fan interaction, writing songs about and using lyrics inspired by fans and even hosting personal creative workshops during the 2016 Warped Tour, but their latest announcement takes this to another level, letting anyone design their next album cover in a contest open to the public.

Singer Chris Motionless put out a call to artists yesterday on the band’s social media pages (appropriately on Halloween) to design the cover art for “Graveyard Shift,” their upcoming album on Roadrunner Records set to be released in the winter of 2017. Entries will be reviewed privately by the band, and the winner will receive $2,000 in cash and a round-trip ticket to attend a private listening with the band. The artist will receive full credit for their work, and Motionless in White will also be showcasing 24+ designs to promote the new record throughout the duration of the contest; those featured will be awarded $150 per design.

Motionless explained where the title “Graveyard Shift” came from and how their recent tourmates, Korn, gave them the idea for the contest in a new video:

“You do not have to have a graveyard in the artwork. It does not have to be anything specific based on what the title is. It can really be anything. We’re open to all forms of visual art. We just want to see what comes to your mind.”

“Motionless In White are looking for album cover designs that capture the inspiration of the title ‘Graveyard Shift,’ as well as coincide with the bands aesthetic and sound. Whether it be in the form of photography, illustrations, paintings, or any of the many other forms of art, we are welcome to submissions of all types. Please utilize the Motionless in White Logo found in the Support Files with every submission.”

It should be interesting to see what these “creatures” (as MIW calls their fans) come up with, and maybe an artist from their own hometown will win the grand prize. After all, the band’s first single from the record, “570,” is a tribute to where they came from, so it would be appropriate for a Scranton native to be on the same creative wavelength.