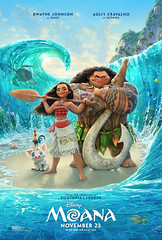 They hit what many would consider the peak of its glory with 2013’s cultural phenomenon “Frozen.”

“Moana,” however, takes what the studio got right with “Frozen” and built on its foundations with its follow-up effort.

I’m going to say this right off the top, just to get it out of the way – I really, really enjoyed this movie.

The stylized designs, the culturally-rich characters, and the lush, green landscapes all catch the eye and captivate viewers.

Every scene has splashes of rich, vibrant color, like a painting of the ocean brought to life. For those who appreciate quality animation, this is eye candy.

Among the colorful landscapes are characters to match.

The titular Moana, the next village chief of the Polynesian-inspired island culture, has always been drawn to the sea.

Ever since she was a toddler, which is adorably showcased in the film’s opening minutes, she has wondered about what lies beyond the horizon, along the crashing waves beyond the island’s peaceful reef.

When her grandmother’s self-described “crazy lady stories” come true, Moana sets sail onto the sea in search of Maui, a legendary exiled demigod, to save her island.

These two characters take center stage, along with a practically brain-dead chicken sidekick (voiced by Alan Tudyk, for some reason? I guess those “Firefly” checks stopped coming in so frequently) for the crux of the story here.

Newcomer Auli’i Cravalho puts in a good shift as Moana. She brings an accent and flavor to the character that I don’t feel an actress who isn’t Polynesian can bring to the table. She does a fantastic job with the musical numbers as well.

Dwayne Johnson continues his rise to the top of the world playing Maui.

He plays a character that’s cocky and boastful, but has the skill to back it up. His transition throughout the film from egomaniac to relatable character is excellently portrayed, despite talk-singing his way through his musical number.

And since we’re on the subject of musical numbers, man, does this movie have some good ones.

Lin-Manuel Miranda, creator of celebrated Broadway hit “Hamilton,” wrote some of the songs, and it shows.

As with “Frozen,” there’s a stand-out track that separates itself from the others in “Shiny,” a ballad clearly inspired by the late, great David Bowie.

The glam-rock tribute, sung by one of my favorites, Jemaine Clement of Flight of the Conchords, is stuck in my head as a write this review. I’ve been catching myself humming it on and off all day.

Most of the songs in here are entertaining and catchy, but “Shiny” takes the cake for me.

As a whole package, “Moana” is a great film. It’s fun, catchy, and you can feel the care and detail in every frame.

“Moana” may not have the same overwhelming hype as “Frozen,” but I believe it’s a more complete package overall. 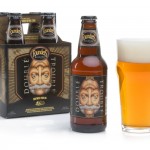 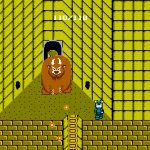 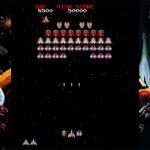