Over the summer, we were given our first listen to “Bad Catholics,” a new song by The Menzingers, in the very city that inspired it when the punk band returned to their hometown of Scranton for a show in the parking lot of The Vault Tap & Kitchen. Months later, they ended up shooting the music video for that song in that same lot that has debuted online today.

Directed by Kevin Haus, who also directed music videos for Lewis & Clarke and Nothing, the video is a fun and lighthearted take on the church picnics that the band members grew up with in West Scranton, the adults chatting and gambling while the kids get away with more than they should until singer/guitarist Tom May throws some mashed potatoes, starting a massive food fight with everyone in attendance.

As NEPA Scene wrote about the song in a review of the June 18 show at The Vault:

“[“Bad Catholics”] hit home, quite literally, by taking aim at the hypocrites that often gather for the ever-popular church picnics in Scranton. Sarcastic, poetic, and painfully accurate, this catchy barnburner fit right in with so many of their other songs that fit the same description. Its message and emotions are universal, but there’s something about seeing The Menzingers in the town that shaped them, making references that even their devoted following in their current backyard of Philadelphia wouldn’t understand, that makes the Electric City truly electric.”

While originally meant for a possible split EP, the track looks like it will appear on The Menzingers’ new album, “After the Party,” which will be released on Feb. 3 via Epitaph Records and can be pre-ordered now on Kings Road Merch, where it can be purchased on green or black vinyl or on CD bundled with t-shirts, hoodies, pins, pennants, and even their own coffee blend.

With the release of the “Bad Catholics” music video, The Menzingers also announced a national tour with Jeff Rosenstock and Rozwell Kid, which stops at Irving Plaza in New York City on March 30 and The Fillmore in Philadelphia on March 31, though the latter date will not include Rosenstock. Tickets for these shows go on sale this Friday, Nov. 18 at 10 a.m. VIP bundles can be purchased here.

Read a full review of the band’s aforementioned summer concert with exclusive photos here and watch videos of the new songs that debuted at that show, “Bad Catholics” and “Thick as Thieves,” here. 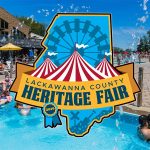 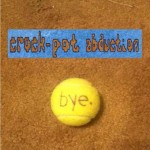