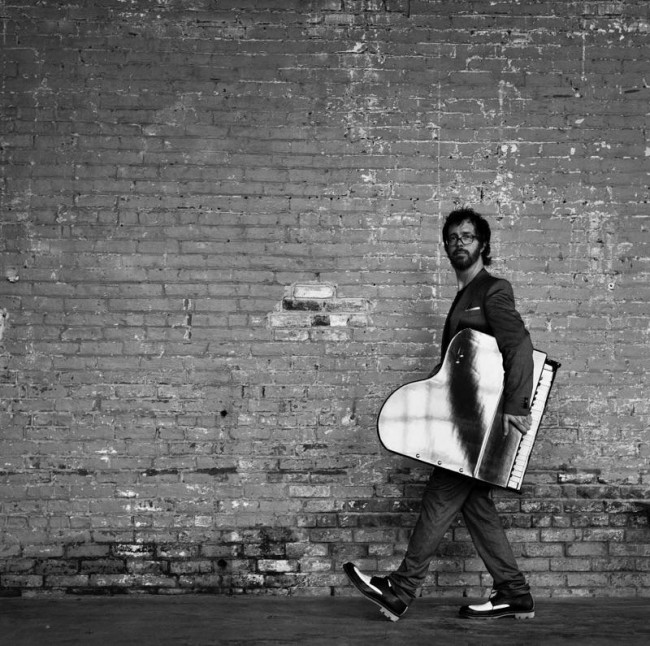 North Carolina-born singer/songwriter Ben Folds is leaving his Five home and going solo for the “Ben Folds and a Piano” tour, which comes to the Sherman Theater in Stroudsburg on Tuesday, April 18, 2017 at 8 p.m.

Tickets, which are $39.50, $44.50, and $49.50, plus fees, go on sale this Friday, Dec. 16 at 10 a.m. and will be available through the Sherman Theater box office (524 Main St., Stroudsburg), online at shermantheater.com and ticketmaster.com, and all Ticketmaster outlets. VIP boxes and sky boxes are available for this show and include eight tickets (VIP box) or 12 tickets (sky box), a fruit and cheese platter, and waitstaff. To purchase box seats, call the theater at 570-420-2808.

Ben Folds is widely regarded as one of the major music influencers of our generation.

He’s spent over a decade sharing the stage with some of the world’s greatest symphony orchestras – from Sydney, Australia to the Kennedy Center – performing his pop hits and his critically acclaimed concerto for piano and orchestra.

For five seasons, he was a judge on the popular NBC series “The Sing Off,” which catapulted the art of a cappella into the national spotlight and helped launch the careers of numerous a cappella groups.

Throughout his career, Folds has created an enormous body of genre-bending musical art that includes pop albums as the frontman for Ben Folds Five, multiple solo rock albums, as well as unique collaborative records with artists from Sara Bareilles and Regina Spektor to Weird Al and William Shatner. His most recent album, “So There,” is a blend of pop and classical original works, in part recorded with the revered classical sextet yMusic that soared to No. 1 on both the Billboard classical and classical crossover charts.

Throughout 2017, Folds will continue to pound pianos with cross country solo touring reminiscent of his earliest solo tour, where he defied skeptics by delivering a high-energy rock performance using the intimacy of just a piano. His tour schedule will also include a series of orchestral performances where he will showcase his piano concerto and pop hits.

In addition to his self-described love of performing and making music “for humans,” Folds is also an avid photographer and is a member of the distinguished Sony Artisans of Imagery.

Folds is also an advocate for music education and music therapy as a member of Artist Committee of the Americans for the Arts, and he serves as a member of the Board of Directors of the Nashville Symphony.