Comedians end 2016 prison tour with free show to first 100 patrons at The Leonard in Scranton Dec. 17 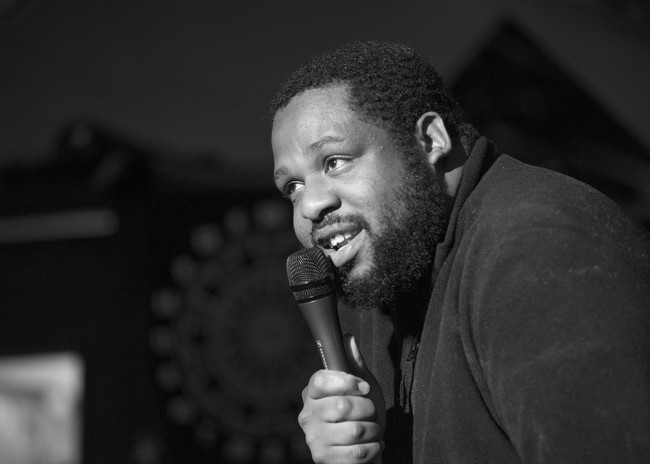 Five comedians, including three from Scranton, have performed for over 4,000 inmates on 19 shows at 14 prisons and are ending their prison tour with one last stop at The Leonard Theater in downtown Scranton on Saturday, Dec. 17 at 9:30 p.m., presented by Laugh Out Lepka’s Comedy.

The show, which features Scranton comedians Will Robbins, Kevin Lepka, and John Walton along with Ty Raney and Rey Gibbs, is free to the first 100 seats ordered in advance “as a big thank you to all our fans and the community for their continued support of live arts and laughter,” Lepka said.

Tickets can be reserved now via Eventbrite. After the first 100 seats are gone, tickets are $10 online or at the door (335 Adams Ave., Scranton).

Will “Half & Half” Robbins, author of the books “Ice” and “The Big Payback,” has performed with Kevin Hart and Tracy Morgan and will be hosting the show.

Ty Raney, a Stress Factory and Carolines on Broadway regular, and Rey Gibbs, winner of multiple comedy contests, hail from New Jersey and will bring their killer humor to the stage.

Kevin Lepka, who organized the tour and owns Laugh Out Lepka’s Comedy, has performed with Artie Lange and legendary MTV VJ Ed Lover. He is a rising star in the New York/New Jersey urban comedy scene.

John Walton will be dominating the stage as the show’s headliner. He has performed with Gilbert Gottfried, worked in Las Vegas, and won NEPA Comedy Idol and Season 2 of NEPA Scene’s Got Talent, beating 11 musical acts as the only comedian in the finals.

Less than two weeks later, comedian, actor, radio/podcast host, and author Artie Lange will perform stand-up with the Reverend Bob Levy at The Leonard on Friday, Dec. 30, another event organized by Lepka. Get the full details here.

Listen to Walton talk about his comedy career and winning NEPA Scene’s Got Talent in Episode 41 of the NEPA Scene Podcast: