We know that Christmas is over, but now that we’ve all opened our gifts, it’s time to drink some! This one is courtesy of my friend David.

We’re hitting that Kringle sweet spot on today’s MBR with a holiday-centric West Cost brew from Block 15 in Oregon. Bring us some Figgy Pudding! 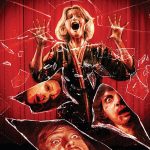