Babyface’s award-winning, multi-faceted pop/urban career includes the consecutive multi-platinum landmark albums “Tender Lover,” “For the Cool in You” (including signature hits “Never Keeping Secrets” and “When Can I See You”), and “The Day” (”Every Time I Close My Eyes”). As co-founder with L.A. Reid of LaFace Records in 1989, Babyface nurtured the careers of such megastars as TLC, OutKast, Usher, and Toni Braxton.

An 11-time Grammy Award winner, Babyface most recently released “Return of the Tender Lover” in December of 2015, his first solo album in seven years. This latest project introduces a freer, less structured Babyface putting his stamp on a contemporary sound he describes as “unapologetic R&B.” This album follows up the critical and commercial response to his and Toni Braxton’s 2014 Grammy-winning album “Love, Marriage & Divorce.”

“This is a left turn for me, not a traditional Babyface record,” Edmonds explains. “After the reaction to my project with Toni, I was ready to go deeper into doing whatever I wanted to do instead of trying to make today’s R&B. My songs have always been more structured rather than grooves to a melody. The latter is something I picked up while on the road with Charlie Wilson and Frankie Beverly. I saw and studied how their feel-good onstage is about getting people to feel the music right with you. That’s the kind of groove I wanted to bring to this process.”

Paralleling those achievements is Babyface’s extensive songwriting and production credits from the ‘90s forward. He has produced and written/co-written hits for everyone from Whitney Houston, Eric Clapton, and Michael Jackson to Boyz II Men, Mariah Carey, Pink, and Beyoncé, among countless others. That hit list boasts such smashes as Madonna’s “Take a Bow,” Clapton’s “Change the World,” and Boyz II Men’s “I’ll Make Love to You.” His most recent productions include collaborations with Bruno Mars, Kat Graham, Johnny Mathis, music for an Adam Sandler film and BET’s “The New Edition Story,” Barbra Streisand, Celine Dion, Ledisi, Colbie Caillat, Jennifer Hudson, Ariana Grande, After 7, and Toni Braxton.

The prolific music man counts more than 200 Top 10 R&B and over 50 Top 10 pop hits (including 16 No. 1s). In turn, those stats have generated cumulative single and album sales of more than 500 million units worldwide. He has won numerous awards and honors, including the Soul Train Music Awards, BMI Awards, NAACP Image Awards, American Music Awards, BET Walk of Fame Award, and receiving a star on the Hollywood Walk of Fame in 2013.

Babyface is a passionate philanthropist active in supporting Carousel of Hope, which benefits the Children’s Diabetes Foundation, the Barbara Davis Center for Childhood Diabetes, and Larry Ruvo’s “Keep Memory Alive.” He has also lent his support to FasterCures, VH-1 Save the Music, United Negro College Fund, Boarder Babies, The Little Blue House (in Washington, D.C.), the David Foster Foundation, and the Mike Milken Prostate Cancer Foundation.

At this point in his career, Babyface has just one thing on his mind: feeling good. “That’s ultimately what any musician or songwriter does,” Edmonds declares. “We try to to make people feel good.” 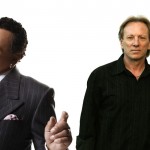