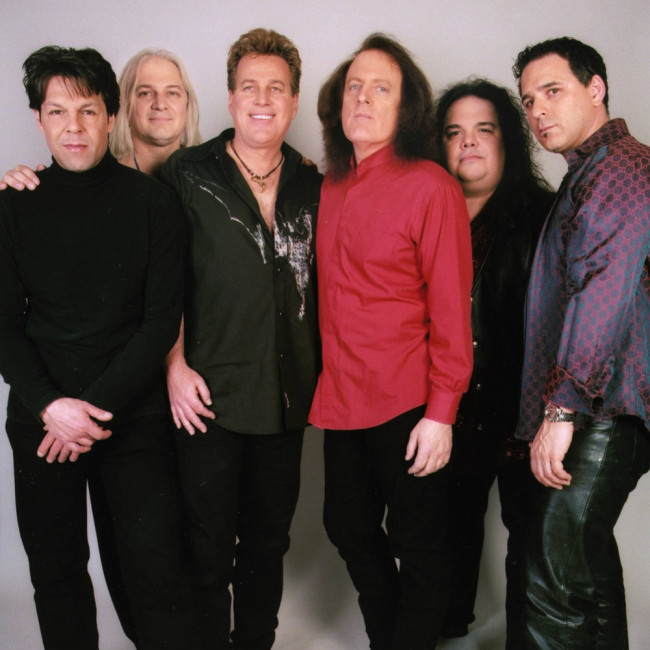 Tommy James and the Shondells, the bestselling rock band behind “Hanky Panky,” “Mony Mony,” “I Think We’re Alone Now,” “Crimson and Clover,” “Crystal Blue Persuasion,” and “Draggin’ the Line,” will perform at Penn’s Peak in Jim Thorpe on Friday, April 7, 2017 at 8 p.m.

Tickets, which are $33 for regular seating or $38 for premium seating, are on sale now and available at all Ticketmaster outlets, the Penn’s Peak box office (325 Maury Rd., Jim Thorpe), and Roadies Restaurant and Bar (325 Maury Rd., Jim Thorpe). Penn’s Peak box office and Roadies Restaurant ticket sales are walk-up only; no phone orders.

The music of Tommy James is heard continuously every day in every country in the world: on radio, television, or a film soundtrack. To date, he’s sold over 100 million records and has been awarded 23 gold singles, plus nine gold and platinum albums.

Born Thomas Jackson on April 29, 1947 in Dayton, Ohio, his family finally settled in Niles, Michigan, where he made his first stage appearance as a child model at age four. In 1959, he formed his first rock band, The Tornadoes, which developed a sizable regional following.

In 1964, a local DJ recorded four sides on them, including an obscure song written by Jeff Barry and Ellie Greenwich called “Hanky Panky.” The group changed their name to “The Shondells” and released it as a single. Although it was a local hit, it didn’t break nationally and was soon forgotten.

Amazingly, two years later, a copy of “Hanky Panky” was discovered in a record bin by a Pittsburgh nightclub DJ who played it at his weekend dances. The crowd response was so overwhelmingly positive that radio DJs started spinning it and an enterprising record distributor bootlegged it, selling 80,000 copies in 10 days. By May of 1966, “Hanky Panky” was the No. 1 record in Pittsburgh and James was a sensation.

A Pittsburgh promoter tracked James down at his home in Niles, told him of the success tale of “Hanky Panky,” and urged him to “come on down!” Unable to put the original group back together, James hired a hot Pittsburgh R&B bar band to become the Shondells. Two weeks later, he and this new group signed a record deal with Roulette Records in New York. The label, in turn, put their promotion team to work on “Hanky Panky” and made it the summer smash of ’66. Thus began one of the longest strings of nonstop hits in recording industry history.

The Shondells promptly followed “Hanky Panky” with two more million-selling singles – “Say I Am (What I Am)” and “It’s Only Love” – and the “Hanky Panky” album, which went gold just four weeks after its release.

With three hits under his belt, Tommy brought in producers Bo Gentry and Ritchie Cordell who, over the next two years, produced seven more back-to-back smash singles: “I Think We’re Alone Now,” “Mirage,” “I Like The Way,” “Gettin’ Together,” “Out of the Blue,” “Get Out Now,” and the party rock rave-up “Mony Mony.” The Gentry/Cordell/James team also produced three platinum albums.

James’ songs had become pop culture classics and have been covered by everyone from punk rockers (Joan Jett and the Blackhearts) to country icons (Dolly Parton). In 1987, Tiffany and Billy Idol’s versions of “I Think We’re Alone Now” and “Mony Mony,” respectively, battled for the top spot on the pop chart for a solid month, each eventually going No. 1. It was the first time in music history that two cover versions of songs by the same artist went No. 1 back-to-back.

The trends continue today with over 300 artists having recorded their rendition of a James tune (among them Prince, R.E.M, Tom Jones, Cher, and Concrete Blond) or performed his songs in concert (including Bruce Springsteen, Kelly Clarkson, Santana, and The Killers).

His music has also graced countless movies, television shows, and advertisements. Notable appearances on the big screen include spots in “Forrest Gump,” “Moneyball,” “The Italian Job,” “Cape Fear,” “We Are Marshall,” “Pirate Radio,” and “Austin Powers: The Spy Who Shagged Me.”

Small screen fans also caught “Draggin’ the Line” in “My Name Is Earl” and “Men of a Certain Age,” “Mony Mony” on “Boston Legal,” “Sweet Cherry Wine” in “Life on Mars,” and “I’m Alive” on “Criminal Minds.”

Not to be outdone, “Crystal Blue Persuasion” scored big time on the 2013 season finale of “Breaking Bad” and “The Simpsons’” “Breaking Bad” parody episode.

In 2008, James marked the start of his fifth decade as a recording artist with the release of the “I Love Christmas” album and a fan-pleasing, career-spanning retrospective “40 Years: The Complete Singles Collection” (1966-2006), which included all 48 of his singles.

His recent autobiography – “Me, the Mob, and the Music: One Helluva Ride with Tommy James and the Shondells” – became a bestseller for Simon & Schuster, garnered rave reviews from critics and industry insiders, and was chosen by Rolling Stone magazine as one of the 25 greatest rock ‘n’ roll memoirs of all time (No. 12).

This thrilling tale of James’ career and his tumultuous relationship with the “Godfather” of the music industry, Morris Levy, is in development as a major motion picture. The project is being helmed by Barbara De Fina, whose production credits include “Hugo,” “Casino,” “The Age of Innocence,” “The Grifters,” and “Goodfellas.”

Today, James’ career is still in high gear. With the signing of a new distribution deal with Allegro, his entire recorded catalog is now available around the world. Airplay on terrestrial, satellite, and Internet outlets is strong, a fact acknowledged by BMI this year when it presented James with five “Million Air” awards for 22 million plays of his songs.

On the road, he and his Shondells are still rockin’, performing their many timeless hits to sellout crowds across the country. When not on the road, James continues to craft new music geared toward film and television and develop new business opportunities for his company, Aura Entertainment Group. 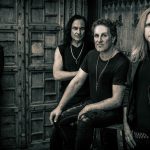 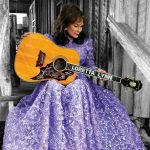