Hot on the heels of her latest studio album, “Reckless,” award-winning country superstar Martina McBride has extended her “Love Unleashed Tour” into 2017, partnering with CMT for the third annual “Next Women of Country” tour. McBride will be joined by special guest Lauren Alaina for these new dates, including a stop at the F.M. Kirby Center in Wilkes-Barre on Saturday, March 11 at 8 p.m. as part of the PNC Celebrity Series.

“I am so happy to announce that we are adding a second run of dates to the ‘Love Unleashed Tour.’ We have created an environment at the shows where fans can come together to share positive energy and a common love of music, and leave the concert feeling uplifted and stronger. We all know the power of music and positivity, and I truly believe that what the fans experience on this tour will have a huge ripple effect in their lives, their communities, and the world at large,” says McBride.

“I have always been such a fan of Martina,” shares Alaina. “She has had such an empowering career for all women aspiring to be entertainers. I have had the honor to meet her and she is so humble, kind, and encouraging. I am so impressed by her. I could not be more excited about touring with her and showing the world what we ladies are made of.”

For the first time, McBride is partnering with CMT’s “Next Women of Country” franchise, which is a multi-platform initiative that supports and showcases the rising generation of female superstars. CMT’s “Next Women of Country” continues to grow with confident, fun, and talented female singer/songwriters who are taking the country music world by storm.

McBride continues, “What makes the second leg of this tour even more special is that we are partnering with CMT in their movement to support women in country music. I have championed women in many ways through my music and charitable endeavors over the years, and this movement really speaks to me. Not only is it a perfect fit for the ‘Love Unleashed’ mission, it’s a perfect fit for me and what I truly believe, which is that when one of us succeeds, it’s a win for all of us, and when we, as women, support each other, we are so much stronger.”

Much like the fall leg of the tour, McBride will offer VIP experiences in select markets, which will include a meet and greet and Q&A session, exclusive autographed gift, premium tickets, and more. More details are available at martinamcbride.com.

In February 2016, she released the single “Reckless,” the title track from her new album, which is now available. “Reckless” (Nash Icon Records) marks her 13th studio album, featuring songs that are both a mix of classic country and a contemporary edge. Her unparalleled vocals and depth are what keep fans ready for more.

Multiple Grammy nominee Martina McBride has sold over 18 million albums to date, which includes 20 Top 10 singles and six No. 1 hits. She has earned more than 15 major music awards, including four wins for “Female Vocalist of the Year” from the Country Music Association and three Academy of Country Music for “Top Female Vocalist.” She has been awarded 14 gold records, nine platinum honors, three double platinum records, and two triple platinum awards. McBride was awarded the Covenant House Beacon of Hope Award and Music Business Association’s prestigious 2015 Harry Chapin Memorial Humanitarian Award for her philanthropic efforts on behalf of domestic violence.

Through her Team Music Is Love charity initiative, McBride partners with nonprofit causes to help many of the towns she’s performing in. She also invites fans to join her team in making the world a better place through the power of music. Since 2011, Team Music Is Love has been responsible for many successful fundraising and volunteer projects helping causes such as hunger relief, cancer research, combating domestic violence, and helping children in need. Recently, McBride released her first book, “Around the Table: Recipes and Inspiration for Gatherings Throughout the Year,” a full-color illustrated collection of her favorite recipes, hosting tips, practical menu planning advice, and themed décor inspiration.

Georgia native Lauren Alaina captured America’s hearts when she appeared on Season 10 of “American Idol.” She recently released a self-titled five-song EP, the highly-anticipated follow-up to her No. 1 debuting first album, “Wildflower.” Alaina co-wrote every track on the EP, including the ESPN exclusive promo track “History” and her latest empowering single, “Road Less Traveled,” playing on country radio now.

Alaina has been nominated for several Teen Choice and CMT Music Awards and has toured with superstars including Jason Aldean and Luke Bryan. She regularly appears on the Grand Ole Opry, is one of CMT’s “Next Women of Country,” and was on tour throughout 2016 with Alan Jackson for his “Still Keepin’ It Country Tour.” 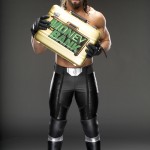