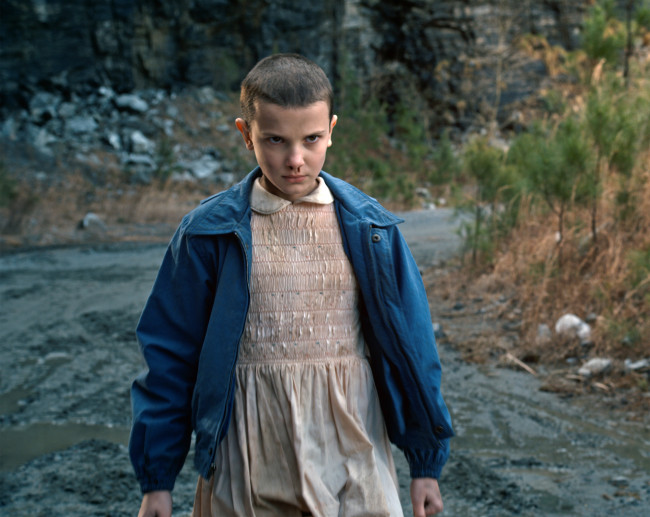 Millie Bobby Brown became an overnight star when the sci-fi/horror series “Stranger Things” was an instant hit upon its release on Netflix in July of 2016. Less than a year later, the 12-year-old English actress who shaved her head to play Eleven, a quiet and mysterious young girl given psychokinetic abilities through torturous government experiments, will be appearing at Wizard World Comic Con in Philadelphia on Saturday, June 3 and Sunday, June 4.

The annual pop culture convention runs for four days – Thursday, June 1 through Sunday, June 4 – at the Pennsylvania Convention Center (1101 Arch St., Philadelphia), and Brown will be meeting fans, taking pictures, signing autographs, participating in a Q&A panel, and presumably eating Eggo waffles during its two biggest days. While her autograph price isn’t listed yet, a photo-op with her will cost $60 while a VIP package, which includes four-day admission, a lithograph, autograph, photo-op, guateed seating at her panel, and more, runs $224.99. Be sure to bring a tissue so her nose doesn’t bleed on your limited edition poster.

Millie Bobby Brown can currently be seen in the Netflix hit series “Stranger Things,” in which she stars opposite Winona Ryder and David Harbour for the Duffer Brothers. Her star turn as Eleven has be earning her incredibly high praise, and she recently shot up to No. 1 on IMDB’s Star Meter. Previously, she was cast after an extensive search as a lead in the BBC/BBC America series “Intruders” opposite Oscar winner Mira Sorvino and John Simm. Before “Intruders,” Millie appeared in a recurring role on the ABC series “Once Upon a Time in Wonderland” as young Alice. Guest star roles include CBS’ “NCIS,” ABC’s “Modern Family,” and ABC’s “Grey’s Anatomy.”

Other confirmed celebrity guests at this year’s Wizard World Philly include Sean Gunn, best known for his roles in “Guardians of the Galaxy” and “Gilmore Girls;” Barry Bostwick, who starred as Brad Majors in the cult classic “The Rocky Horror Picture Show;” and Lou Ferrigno, the professional bodybuilder who transformed into the titular green monster in “The Incredible Hulk” TV series; with many more announcements to come over the next few months.

General admission tickets to the con, which range from $35 to $89.95, are on sale now at Front Gate Tickets.