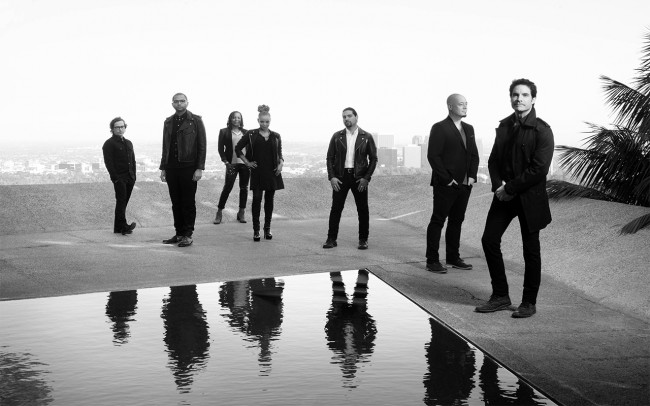 Three-time Grammy Award-winning pop/alternative rock band Train will be returning to Hersheypark Stadium on Saturday, June 17 at 7 p.m. on their “Play That Song Tour,” which features O.A.R. and pop songstress Natasha Bedingfield as special guests.

Fans will have a chance to witness the band perform tracks from the latest album, “A Girl, a Bottle, a Boat” – including their newest and current hit single “Play That Song,” which continues to ascend the charts – along with a number of their signature Billboard Hot 100 hits like “Hey, Soul Sister,” “Drops of Jupiter,” and “Drive By.”

“We can’t wait to pack our gear and visit all of your beautiful cities this summer with a few of our incredible friends, O.A.R.​ and Natasha Bedingfield​. Every summer, it gets a little more fun, and with the songs from “A Girl, a Bottle, a Boat,” I think 2017 will be the best show we’ve ever put on,” singer Pat Monahan said. “Hope you can make it out to the ‘Play That Song Tour.’ These songs are best heard live.”

Hailing from San Francisco, California, Train has an infectious sound that has delighted listeners all over the world. Forming in 1994 with Monahan on vocals, Jimmy Stafford on guitar, and Scott Underwood on drums, they were touring nationally by 1997, playing concerts with Barenaked Ladies, Counting Crows, Cracker, and Hootie & the Blowfish. They broke into the mainstream with their self-titled debut album in 1998 and Top 20 single “Meet Virginia.”

Train’s 2001 sophomore album, “Drops of Jupiter,” debuted in the Billboard Top 10 and sold over two million copies on the strength of its title track. Their third studio album, “My Private Nation,” came out in 2003 with the single “Calling All Angels” and was certified platinum in the U.S.

They veered more into adult contemporary on 2006’s “For Me, It’s You” and followed with the release of “Save Me, San Francisco” in 2009 with singles “If It’s Love,” “Marry Me,” and the RIAA 6x platinum-certified worldwide hit “Hey, Soul Sister,” reaching No. 3 on the Billboard 100 album chart. In April 2012, Train released their sixth studio album, “California 37,” which reached No. 5 with the hit song “Drive By.” In 2013, they headlined a tour through Canada and the U.S. with Gavin DeGraw, The Script, and Michael Franti & Spearhead.

The wristband policy will be in effect for this concert. Fans are permitted on the Hersheypark Entertainment Complex property beginning at 7 a.m. on Friday, Jan. 27. Two hours prior to the on-sale, fans will be directed in front of Giant Center box office, where they will be issued a numbered wristband. Wristbands are available for one hour, and at the conclusion of that hour, a selected fan will randomly choose a wristband that will determine the line order. Once the line is in place, fans arriving after the wristbands were issued will be escorted to the end of the numbered line. 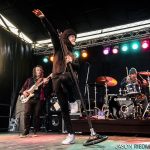