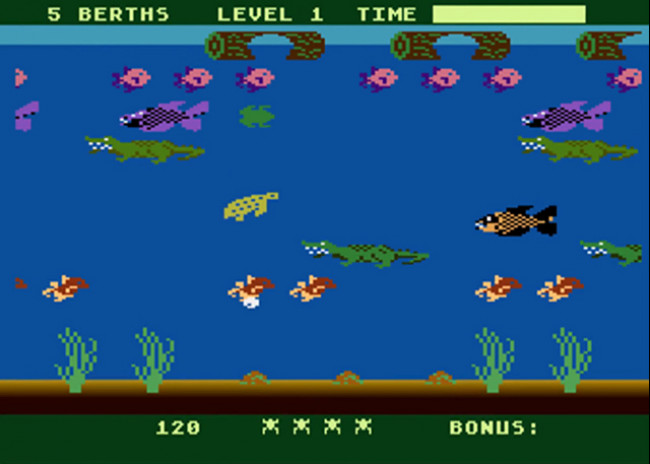 The history of video games is vast, so much so that there are games and consoles that often slip through the cracks, reserved to the memories and childhoods of a chosen few. Unless you’re someone who is around it on the daily, these blips on the radar of retro gaming can be overlooked, but all of them are important to the overall appreciation and education of what gaming is today.

This month, I will be looking at games from the failed Atari 5200, as well as the fledgling Atari 7800, a console whose timing had “too little too late” written all over it, yet still has some great games any hardcore retro collector should experience.

For those not in the know, Atari, born in the Silicon Valley of California in the 1970s, rocketed to stardom with the Atari 2600, or “the Atari” as many homes called it, bringing video games to the masses. Mattel’s Intellivision, Coleco’s Colecovision, the Magnavox Odyssey 2, and Milton Bradley’s Vectrex would all battle with Atari for a piece of the video game industry pie until the market collapsed, resurrected by Nintendo’s NES in 1985. Atari’s Atari 5200 console failed to interest gamers, mainly due to a lack of new games. Atari rehashed many of the classics and, along with one of the worst and most unreliable controllers in the history of gaming, was an abysmal failure in the eyes of many.

The 7800, which emerged from the shadows in 1986, was Atari’s effort at regaining their footing, but due to financial struggles and business upheaval within the walls of the company, never got the attention of gamers that the NES had fully engulfed.

There’s not much of a soundtrack to this game, which is pretty common for the time period, but there’s enough there to keep things interesting, even if it is kind of repetitious when you think about it. You have the little tunes at the beginning and end of each level, as well as the sound effects you’d expect to find of Frogger hopping and swimming his way to victory and, at times, falling victim to an enemy attack or a missed jump. While this isn’t much, I still feel that we were dealing with a bit more than the original “Frogger.”

What grabs me the most about this sequel are the bright, vibrant colors you don’t see in the original Frogger or even many other Atari games of the time. I also felt the enemies and even Frogger himself were far more detailed than on the original “Frogger” game. This is largely due to the fact that the Atari 800 (a computer/gaming console by Atari that was out around the same time) and this console port of it are pretty much identical, and hey, Atari was trying to show people that you could enjoy a game of this caliber on a console or one of their computers.

While the tried and true formula of “Frogger” can bore many modern gamers, those of us who grew up with the original game will feel right at home here. Though the levels change from time to time, far more than in the original game, is that really enough to keep gamers hooked? I’m on the fence on this, but I will say this – when stripping away the innovative levels here that take Frogger from the pond to the ocean, and then even up in the sky, all you truly have, perhaps, is a far better looking original “Frogger” game. How you feel about that is up to you.

“Frogger II: ThreeeDeep” is a pretty fun game, but only in small doses. This isn’t something that’s going to keep you busy and entertained for a long time, but it is definitely a hop in the right direction from the original game as far as graphics and level design is concerned.

There’s another thing you need to keep in mind if you’re on the fence about owning this one. While copies of this game on the Atari 2600 and Colecovision will have you paying around $15, the Atari 5200 version comes in at around $30; only the Commodore 64 version goes for a whopping $60! Do you really want to pay that kind of money for a “Frogger” game that has only changed in graphics and a few new levels? Whether or not you want to take that leap is your call.

Join me next time as we take a look at another Atari 5200 title – “Gremlins!”

Until then, bundle up, look both ways before crossing the street and, as always, game on!