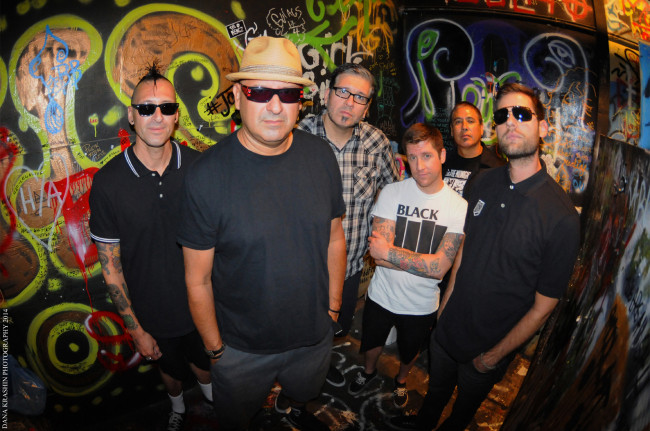 Voodoo Glow Skulls meshed hardcore punk, traditional ska, tough guitar riffs, and the Mexican music of their roots to create the prototype for the West Coast ska-core sound. Unflinchingly honest, their songs often used humor to comment on harsh political realities, from racial inequity to unrest overseas. Singing in both Spanish and English, Voodoo Glow Skulls’ bilingual musical tradition has been a hallmark of the band since they began in 1988.

Now they’ll be headlining a night of ska and punk music at the River Street Jazz Cafe in Plains on Saturday, March 25 with the Hub City Stompers, The Keystone Ska Exchange, Disposable, and The NonRefundables.

In their 28 years of existence, the Voodoo Glow Skulls have an impressive list of achievements. Nine albums, one million records sold, appearances in exotic locations like Brazil and Japan, as well as the creation of a record store, record label, recording studio, and a music venue, attests to the remarkable creativity and energy of the band.

The core of the group since the beginning has been the three Casillas brothers: Frank, Eddie, and Jorge. They dubbed their sound “California street music,” a perfect description of their high-octane mix of rock, punk, ska, and hardcore.

Voodoo Glow Skulls first performed out at backyard parties and later at Spanky’s Café in their hometown of Riverside, California, where they played shows with the Angry Samoans, The Mighty Mighty Bosstones, Firehose, Murphy’s Law, and The Dickies.

Their first recording was in 1989, a four-song demo on a four-track machine which they duplicated onto about 60 cassettes on a home stereo, then sold at shows.

In 1990, they put out their first 7-inch EP, “The Old of Tomorrow,” a parody title inspired by a straight edge band named Youth of Today, with the help of local band Public Humiliation and also booked their own DIY U.S. tour.

In 1991, the band added a horn section consisting of Joey Hernandez on saxophone, Joe McNally on trumpet, and Osh on trombone (who was replaced later by Brodie Johnson). The band’s second independent release came out in 1992 with the “Rasta Mis Huevos” 7-inch EP for Signal Sound Systems Records. This label also released a glow-in-the-dark 12-inch EP titled “We’re Coloring Fun” and the first release of “The Potty Training Years” on CD. The band continued to book their own DIY tours.

Voodoo Glow Skulls recorded their debut album “Who Is, This Is?” for Dr. Strange Records in 1993, selling 200,000 copies worldwide and gaining the attention from Brett Gurewitz, owner of Epitaph Records. The band then signed to Epitaph and released four albums that collectively sold over 750,000 copies worldwide.

They began to tour worldwide with their first European tour in 1996, followed by Japan, Australia, Mexico, and South America. Voodoo Glow Skulls soon began receiving positive reviews and the mainstream support of commercial radio and MTV, performing as headliners and supporting acts for The Offspring, No Doubt, Reverend Horton Heat, 311, and Green Day. Eventually, they earned a main stage spot on the 1998 Warped Tour.

The band has been on several of Epitaph’s “Punk-O-Rama” releases and has had music featured in video games, TV, and movies. The song “Shoot the Moon” from their “Firme” album was used in the Pauly Shore movie “Bio-Dome,” and the band’s version of “Used to Love Her” (originally written and recorded by Guns N’ Roses) was featured on the “Mr. & Mrs. Smith” soundtrack.

In 2001, Voodoo Glow Skulls parted ways with Epitaph Records and signed to Victory Records, releasing three albums on the Victory label. In 2005 and 2008, they were featured as one of the headlining bands on the “Ska Is Dead” tour, and they played the 10th annual Victoria Ska Fest with The Mighty Mighty Bosstones and The Slackers in 2009.

On Jan. 17, 2012, the band released its self-produced ninth album, “Break the Spell,” through Smelvis Records. They have toured the world since then, contributed a song to the Rancid tribute compilation “Hooligans United,” and are currently working on the follow-up to “Break the Spell.”

With a list of accomplishments that might make some bands ready to slow their pace, Voodoo Glow Skulls show no signs of slowing down. 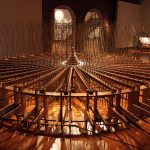