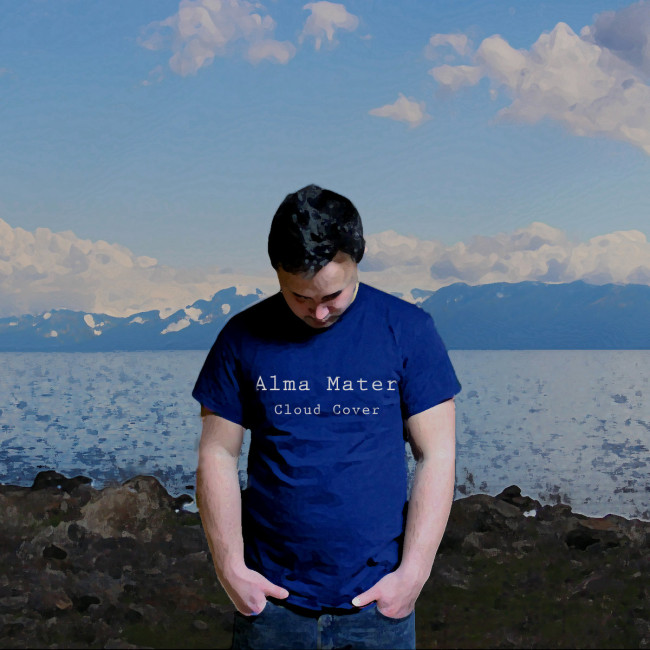 Last year, NEPA Scene premiered the debut music video of Alma Mater, and now the alternative rock band has checked back in with us after releasing their first EP, “Cloud Cover,” last week, a personal collection of songs by the Wilkes-Barre trio.

“Each song is most generally about personal experiences, so inspiration came from emotions felt in those situations. I find it really important for people to find a connection with music, so I hope people can relate to what we’ve written about and use it in their lives,” guitarist/vocalist Vinny Amarando told NEPA Scene.

“This EP as a whole is about just reflecting on life and trying to have the appropriate response on where you think you are in life. Our goal for people to find an idea or relate to an emotion that will help them out moving forward.”

Recorded at guitarist/backing vocalist Jon Higgins’ studio in Dallas, they started tracking in May of 2016 and finished the bulk of the recording in the first week of 2017. Overall, it took about nine months to complete, from the first time they hit record to when Joe Loftus mastered the EP at JL Studios in Olyphant. It is available now for free via Bandcamp, or you can name your own price to support the band.

“Personally, it was more fun than anything,” Higgins said of the whole production.

“I wasn’t originally a member of the band, so being able to pitch ideas to Vinny and [drummer/vocalist] Jerry [Maloney] as a producer was great because they were very accepting of outside ideas and were willing to try different takes even if it went against their original version. Ultimately, strong communication made the process very relaxed, and I think it benefited the songs tremendously. Things got even better when I was brought on board for guitar/vocals because we really started to click and write more uniformly. It’s a really neat experience being in a band that understands each other so well.”

“Cloud Cover,” named after the band’s original moniker that had to be changed after finding out that the rights to that name were already taken by another artist, comes together with a solitary image on its cover.

“The image depicts our friend, James Duffy, in this beautiful natural setting but looking down with his hands in his pockets, almost like he’s trying to find solace in that environment,” Maloney described.

“I think it really fits the theme of self-reflection and drawing influence from past experiences and present condition.”

As they begin to throw around ideas for their next set of songs and plan upcoming shows, it was recently announced that Alma Mater is among the first group of acts confirmed to play the 2017 Electric City Music Conference in Scranton.

“We would just like to thank anyone who has supported this band in any way since we started recording this album,” Maloney said.

“Our friends and families have been incredibly supportive throughout the entire process, and we’re happy we get to share this with them.”