MBR took a drive down to beautiful Bethlehem this week and visited Bonn Place Brewing for the first time. After a few beers, we grabbed a growler of Uncle Cray-Cray from this Belgian-looking brewery to see if it’s as crazy good as it sounds! 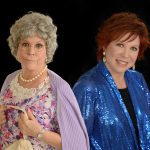 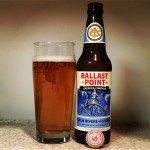 HOW TO PAIR BEER WITH EVERYTHING: Calm Before the Storm by Ballast Point Brewing Company