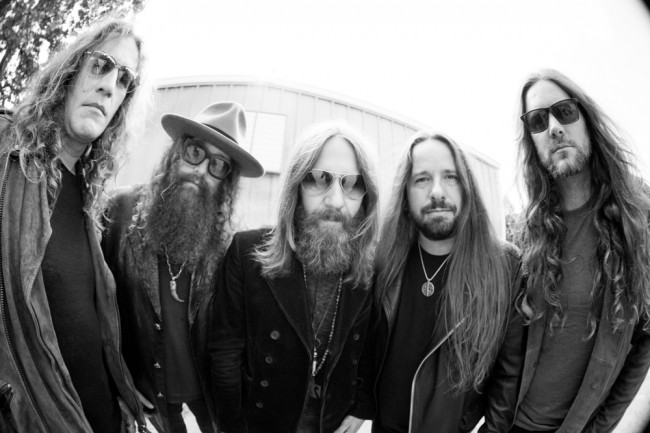 It was announced today that Southern rock quintet Blackberry Smoke will bring their “Like an Arrow” tour to the F.M. Kirby Center in Wilkes-Barre on Friday, June 23 at 8 p.m.

Regulars at the Peach Music Festival in Scranton, Blackberry Smoke has never been a band that stands still. Whether pursuing the dream by logging hundreds of thousands of miles on America’s highways and abroad or relentlessly exploring the many facets of its most unique art form, the Atlanta-based outfit is always on the move.

The songs on band’s sixth album, “Like an Arrow,” show just how far this authentic American rock band has come as the accomplished group of musicians tackles a diverse set of new ideas, sounds, and territories, long after most bands with half the success might have settled into a well-worn groove.

“We’re all like-minded in that we all want to explore,” singer and principal songwriter Charlie Starr said. “There’s just no way we could make the same record over and over again, though there are some fans who would like us to. That’s just way too formulaic. If The Beatles or Led Zeppelin did that, we wouldn’t love them as much.”

“Like An Arrow” continues the trend of sonic exploration established on the Blackberry Smoke’s previous two releases, 2012’s “The Whippoorwill” and 2015’s chart-topping “Holding All the Roses.”

“We just want the sound of the band to continue to grow and broaden. We’re not trying to make a hip-hop record,” Starr said with a laugh. “But there’s so many elements to what people call rock. There’s gospel and country and swing and blues. We’re just trying to write songs that include all those different types of elements. It keeps it interesting for musicians and songwriters. You think, ‘Well, I don’t have a straitjacket on, I haven’t painted myself into a corner, so I can try and just make the most of this art form.’”

That’s what Starr, Paul Jackson (guitar), Brandon Still (keyboards), Brit Turner (drums), and Richard Turner (bass) have been doing for 16 years now after forming in 2001. The quintet’s blue-collar work ethic, road-dog attitude – the band averages 250 shows a year – and willingness to jam all night long have left Blackberry Smoke with a grassroots fan base that continues to grow show by show.

“Holding All the Roses,” produced by Grammy Award winner Brendan O’Brien, debuted at No. 1 on the Billboard Country Albums chart and No. 7 on the Rock Albums chart, proof of the band’s universality. Praised by fellow artists as diverse as Dierks Bentley and ZZ Top’s Billy Gibbons, Blackberry Smoke now delivers an album that should invite even more fans under its revival tent.

Produced by the band with O’Brien’s engineer Billy Bowers handling the recording, “Like an Arrow” sounds and feels exactly how the band wanted it to.

“I think that it pleasantly surprised everybody involved,” Starr said. “Not that I think working with a producer is a bad thing because it’s a very good thing. But sometimes you just go with your gut, and my gut told me, ‘Let’s make this record.’ We stretched out on some songs, of course, and obviously the record is a bit more hi-fi than my homemade demos. But it really was going back to let’s get in a room and play the music.”

“Like an Arrow” has been well received by fans and critics alike, landing at No. 1 on the U.S. Billboard Country and Americana/Folk charts.

No strangers to the road, Blackberry Smoke have headlined tours across the United States, while also supporting artists such as Gov’t Mule, Zac Brown Band, Eric Church, ZZ Top, and Lynyrd Skynyrd. 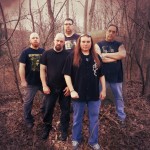