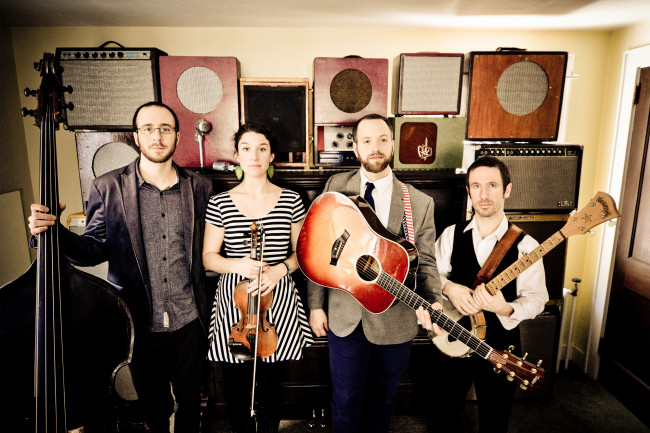 Before returning to Scranton for the Susquehanna Breakdown Music Festival again this year, New York Americana/folk rock band Driftwood will play at the River Street Jazz Cafe in Plains on Saturday, Feb. 25 with fellow Breakdown alum The Dishonest Fiddlers from Scranton.

When most people think of upstate New York, they either imagine bucolic landscapes or working class towns. As natives of Binghamton, the members of Driftwood hail from a working town, but play music rooted in the land, leaning alternately into folk, old-time, country, punk, and rock, depending on their personal moods and their songs’ needs.

“It’s sometimes tough to keep any sort of focus on style or sound when you have three different songwriters,” guitarist Dan Forsyth concedes, “but it also allows us to branch out and explore in ways other bands don’t. Also, I think it’s important, as a band, to ask ourselves ‘Is this a good next step?’ I think everyone is very excited to know that it is.” Describing the Driftwood sound, banjo player Joe Kollar offers, “I consider our sound to be more of an attitude and an approach, the result of all of our influences in a completely open musical forum where the only stipulation is to use bluegrass instruments and create it from the heart.”

That’s as close to being pinned down as Driftwood ever gets. Such has always been the case for artists blurring and blending genre lines in order to innovate. Yes, they wield old-time instruments, but they do so with a punk rock ethos. “I do not know much about punk music, but I do know that it gives me a feeling of tearing into something without inhibition,” violinist Claire Byrne says, adding, “Old-time music has the same feeling for me. The music was a release for people living extremely hard lives in harsh conditions. In this way, the two styles of music are very similar – it’s digging in and making a statement. It’s rocking out and feeling totally reborn through the song.”

Driftwood has been digging in and rocking out since their 2005 formation, playing an average of 150 shows a year, including the Susquehanna Breakdown and Peach Music Festival in Scranton. “In the beginning, we hit the road constantly with an all-or-nothing attitude,” Forsyth confides. “We were doing it with a lot of passion, but had no thoughts about long-term sustainability. Life outside of the band was minimal. One thing that I think we started to notice was, when you’re always in it, you have no perspective and you start to lose yourself in a weird way.”

As such, gigging and traveling that much can’t help but influence and inform the band, individually and collectively. In the past, they used the stage to work out arrangements of new songs. For their latest album, “City Lights,” they used the studio. “Keeping this kind of touring schedule, we have thought of recording albums as a sort of secondary thing and considered ourselves a ‘live’ band. We learn so much on the road and this kind of work has always felt productive,” Forsyth explains. “It wasn’t until this last album that we took some time off to learn more about being in the studio. We wanted to take our time and record on our own terms.”

According to Byrne, their own terms included “taking a step forward with the production and the arrangements.” Kollar tacks “learning” on, for good measure, while Forsyth adds “good songs and bigger arrangements, and sounds than we had not previously achieved.”

Even though they come from different directions, the three founding members – along with bassist Joey Arcuri – tend to end up at the same place. That unity, as well as the joy derived from playing together, can be heard throughout “City Lights.”

As further evidence of their compatibility, both Forsyth and Byrne tag “Skin and Bone” as the head of the album. It’s a Kollar composition that he says “came from a reflection I had of myself and life on the road, in general. It touches on trying to keep perspective, forging ahead, and embracing the future.” Clearly, that’s a state of mind they can all relate to.

The heart of the album, though, is a toss up with Forsyth choosing the romance of “Too Afraid,” Byrne picking the nostalgia of “The Waves,” and Kollar tapping the excitement of the title track. That disparity may be because, in their decade together, the musicians have all undergone monumental life changes. They have come into their own… together. Forsyth is now a husband and father; Byrne is now a recorded songwriter. “Generally speaking, there’s a maturity to us now,” Kollar explains. “We have a bit of experience doing what we do and the music reflects that point of view. The song subjects, our playing/singing abilities, our recording abilities, and our relationships have all matured.”

Forsyth picks up the thread, “We have all learned an unbelievable amount of patience and teamwork strategy. Our band is close; everyone knows a lot about each other. We travel in very tight quarters constantly and are always up on what’s happening in each others’ lives. I think this has really enabled us to express ourselves, individually and as a group, but also to understand each other and others in so many ways.”

Having joined Driftwood when she was 21, Byrne has spent her whole adult life in the band “learning to play and sing in a group, learning the art of performance and, of course, learning who I am and what my purpose(s) in life are. I think you can hear those changes from the first record to the last one.” Because “City Lights” marks her songwriting debut, she feels like her personal growth is on full display. “Rather than just listening to my harmonies and fiddle playing, you now have lyrics, as well. I think the songs I have on this record reflect a woman going through a great shift in her life, settling down a bit, and reflecting on the many different ways that affects me and my relationships with others.”

As the sole woman of the band, Byrne puts a clearly different spin on things. “Sometimes, instead of thinking about adding a feminine perspective, I actually spend time thinking about how to make myself fit in with the guys and, therefore, dumbing down my femininity a bit,” she says. “With my songwriting, though, there is no hiding it. I’m talking about things from a woman’s perspective that many other women will be able to relate to easier than they would if a man was writing and singing about the same topics.”

One topic the three songwriters all agree on is home. In their own ways, they each love and reflect their hard-scrabble hometown. “Growing up in the Chenango Bridge/Binghamton area, I never really thought about it being an economically depressed town. To me, it was a perfect balance of rivers, woods, campfires, street signs, factories, and city lights,” Kollar says, referencing the new album’s title. “Now, I know a little more about it being a post-industrial town, but still I see it as a diamond in the rough. I relate to the sort of underdog/uphill feel of the town.”

Byrne adds, “I think coming from a place such as Binghamton makes us very raw. We are a reflection of where we grew up. There isn’t really anything fancy about us – we aren’t the ‘hippest’ group out there, as far as fashion goes – but we are certainly very real. What you see is what you get.”

See photos of The Dishonest Fiddlers playing in downtown Scranton last summer here and learn more about the band in NEPA Scene’s You Should Be Listening To feature here. 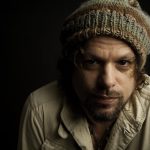