The two-day NEPA Metal Meltdown festival is returning for its fourth year, this time to a new venue but with the same independent, underground feel, on Friday, May 5 and Saturday, May 6, promising to “be bigger, better, and louder.”

After three years at Diane’s Deli & Internet Cafe in Pittston, this year’s gathering of local and underground heavy metal bands will be held at Ole Tyme Charley’s Restaurant & Pub (31 S. River St., Plains). The annual event by metal bands for metal bands and their fans was founded by Beyond Fallen vocalist Joe Karavis and guitarist Steve Jasuilewicz with the goal of producing “a weekend of uncompromising music” and “eliminating the middleman and the all-too-common pay-to-play tactics” while keeping “admission affordable, all without sacrificing quality or cutting corners in ways that would make the fans feel disappointed.”

“This is our fourth year, and we’re really excited to have a great mix of Metal Meltdown alumni returning and new bands playing the fest for the very first time. Again, we have some area favorites and out of area acts coming in,” Karavis told NEPA Scene.

“Steve has again knocked it out of the park with putting together the lineup of bands. This is the first year at a new venue – sadly, Diane’s has closed – but we’re looking forward to having a new venue that is in a great location that’s easy to get to from anywhere, has plenty of parking, and is a perfect fit that meets our needs for what we are doing staging this event. It’s going to be a great time – fan friendly, as always – and if you have never been to the fest, you’re in for a treat this year, as the lineup is stellar, with something for everyone!”

NEPA Scene will once again serve as the media sponsor for the third consecutive year, so stay tuned to nepascene.com for more coverage before, during, and after the 2017 NEPA Metal Meltdown.

Listen to Jasuilewicz talk about last year’s festival in Episode 54 of the NEPA Scene Podcast and read more about Beyond Fallen and stream some of their music in our You Should Be Listening To feature.

Friday, May 5 lineup, in no particular order:

Saturday, May 6 lineup, in no particular order: 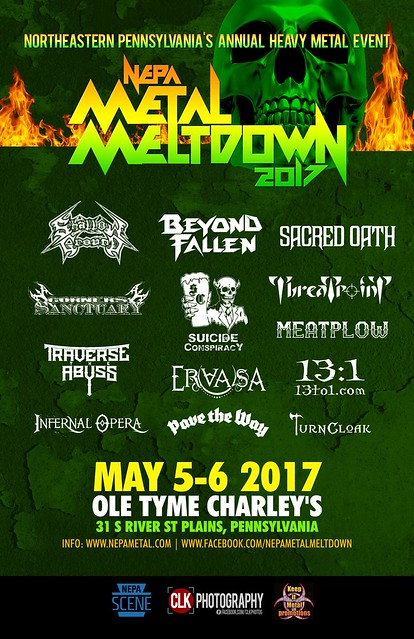 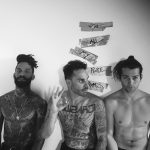 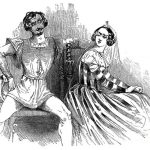