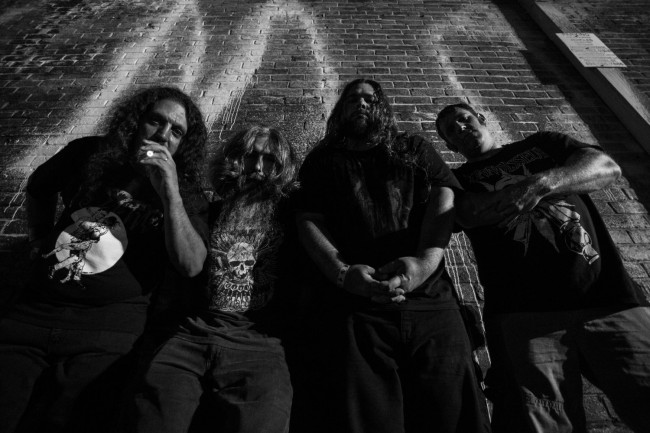 Some say it’s that small-town mentality that brews aggression and conflict. Some attribute a distinct generational gap between the era of new wave post-punk groups like Nervous Eaters, Mission of Burma, and The Modern Lovers and the emerging straight-edge hardcore scene, reflective of bands like Gang Green, The Groinoids, The F.U.’s, and the ever-seminal Jerry’s Kids. Boston’s gradual transition from punk into metal is often cited by DYS’s second self-titled album (released in 1984), as well as several later albums by SS Decontrol, among others, which exhibited heavy metal and thrash metal influences. It would only be a few years later that one formative band would make a groundbreaking entrance into what would become Boston’s doom metal scene.

Terry Savanstano was one of the leading proponents in bridging that gap. Beginning in Boston’s influential crust punk band Disrupt, Savanstano decided to shift directions, establishing Grief with distinctively heavier, slower rhythms in the vein of Black Sabbath and Saint Vitus. Forming in 1991, Grief released their first EP, entitled “Depression,” a year later. They followed this up with their first full-length album, “Dismal,” implementing an agonizingly somber tone into their work. After several more album releases and a variety of lineup changes, the band ultimately called it quits in the course of nearly a decade.

“The original band Grief broke up in 2000, and we got back together in 2005, and fell apart in 2008. I wasn’t really a part of it; I did do three shows in 2005. How did I get through it? Why did I do it? It’s just important to me to play this music. I know to the guys I’m with now, it’s important to them as well. Things happen. Sometimes people don’t get along and don’t play together. Sometimes they play together forever,” explained Savanstano.

Savanstano decided to reformulate the sludge/doom band under Grief’s 1994 release, “Come to Grief,” officially renaming the band under this title in 2014. Despite these changes, he made it clear that the direction and the overall message of the band remained the same. 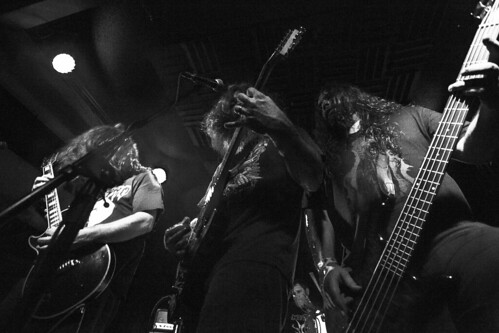 “As far as the lyrics and the message are concerned, it hasn’t changed. If anything, it’s a hell of a lot more relevant now than back in the ‘90s when I had first written a lot of the early lyrics for the original band. I mean, just look at what’s going on around you, you know? As far as the music that we’re doing with Come to Grief in the past year or so we’ve been together, it’s definitely more refined, in my opinion, more to the point – hopefully, a little more distinct.”

Come to Grief will be headlining a heavy night of doom and thrash metal with Black Tomb, Black Urn, Bloodeagle, Phallitosis, and Earthmouth at the Irish Wolf Pub in downtown Scranton on Friday, March 31 at 7 p.m., courtesy of Maximus Booking & Promotion.

Justin Christian, Come to Grief’s current bassist (formerly in Morgion and Keen of the Crow) detailed the initial inner workings of the band.

“For the short tenure that Come to Grief’s been going, the changes would be that the original concept was to play old Grief material that Terry had written, and so that was our first task to tackle, however long a set list we wanted to do with that,” Christian said.

“The other thing that changed was trying to evolve that and write completely new material, which is relevant in those songs, but also so we can branch out a little more and ultimately cultivate a mixture of old and new.”

Chuck Conlon, current drummer for the band and former Grief member, indicated, “In relevance, I grew up as a hardcore kid. Probably at 17 I heard Grief and Sleep. Lucky bastard at 19, I got to play in Grief.”

Similar to the overall direction of the Boston music scene, merging hardcore and later metal, many of the members within Come to Grief exhibited parallels in musical influences. Vocalist and guitarist Jonathan Hébert shared similar inclinations with the rest of the band.

“Since I was a kid, I’ve always been split down the middle between punk and metal regarding my influences, really. I would bounce back and forth between Sabbath, The Misfits, Sepultura, Dead Kennedys, Morbid Angel, The Exploited, Slayer, etc. All the staples,” Hébert listed.

In a widespread sense, the attitudes towards doom metal in America have changed considerably from its early days.

“That’s interesting for me because I’m a transplant from the West Coast, so growing up and playing in some of the early bands I was in, like Morgion and whatnot, the American doom scene was not really on the map yet and, anywhere you’d go, it was not entirely appreciated. It just hadn’t grown,” Christian noted.

“I’ve had the chance years later to watch the scenes in all the major cities blow up, and now they’re recognizing those forefather bands, which is awesome. Boston? Not too different than most places, I guess. Tons of bands. They like it dirty and heavy. I wouldn’t call it overly artsy.”

With positive critical reception of their most recent shows in the last year, Come to Grief has made great strides within a short time span.

“Basically, right now, we’ve got a four-song 12-inch EP coming out; it’s called ‘The Worst of Times.’ It’ll be on a label called Fuck Yoga out of Macedonia. We’d like to keep touring and playing as many shows as possible,” Savanstano said.

Additionally, a couple of split 7-inch records with a few different bands are in the works. After playing a number of shows across the United States in 2016, the band will be headed for Europe at the end of April, but not before stopping in New Hampshire, New York, and Pennsylvania.

Editor’s note: This article also appeared in Ruthless Zine No. 16.

Pre-sale tickets are available at the Irish Wolf Pub and R&M Music, Movies & More (1143 Capouse Ave., Rear, Scranton). For those out of town, message Chaddius Maximus on Facebook.

Jess Meoni is a local graphic designer, writer, and educator. She is the editor of Ruthless Zine, a monthly fanzine about rock 'n' roll and radicalism, and the organizer of the Scranton Zine Fest.