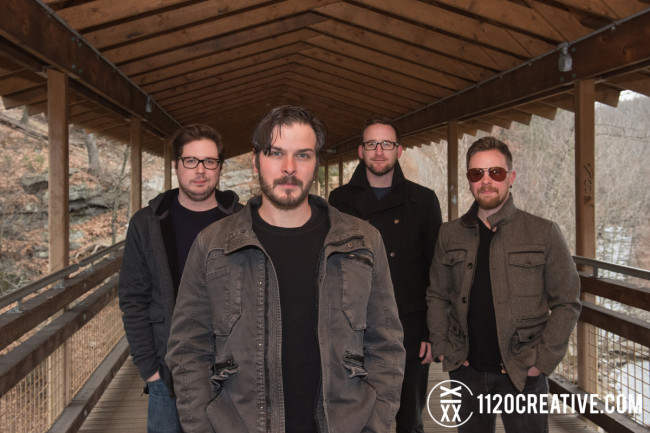 Sometimes, the worst feelings you can experience will lead to the creation of the best songs, as Scranton singer/songwriter Edward Cuozzo can attest.

“Sinking,” the new single by his alternative rock band University Drive, came at the tail end of the breakup of his last band, A Social State, with lyrics questioning his passion for music and where his life was going. It was a very different headspace than the one Cuozzo occupies today as University Drive solidifies their stellar lineup and signs with Canadian indie label Fightless Records to release their debut full-length album, “On/Off: Reset,” on Friday, March 31.

This elevating journey began last June when NEPA Scene premiered the band’s very first song, “Only in the Way,” before their first show in August. As University Drive premieres their lyric video for “Sinking” today (by Jen Fracas, who also made the new lyric video for “Pleasantville” by her own band, Eye on Attraction), we thought it was time to check back in with Cuozzo about rediscovering his love for what he does best and where he’s headed next.

NEPA SCENE: The last time we checked in with the band was after your first show. How has the band developed since then?

EDWARD CUOZZO: Well, initially the band was supposed to be a revolving door of my musician friends, coming in and out of the project to help whenever they were available. Somehow, I’m so lucky that I have a lot of wonderful friends and acquaintances who love to play music and were willing to help me. Previously, I had the wonderful opportunity to bring these songs to life with the talented likes of Billy Gerrity, Kristen Jordan, Doug Griffiths, and Matt Kester. We all had such a blast playing together as well. But the past two lineups just weren’t able to survive for too long due to everyone’s personal and professional endeavors. I have nothing but the utmost respect, love, and adoration for all those guys. It was just a time/life thing.

However, the current lineup of the band is Mike Flaherty (guitar/vocals), John Husosky (bass), Steven Martin (drums/vocals), and myself. Once we got this current lineup together, not only did things just musically click, but these guys were pretty much down for anything. Steve, Mike, and John have an insane work ethic, willingness to listen, and they’re pretty much all songwriters too… or at the very least have a huge understanding for the importance of musical arrangement.

This seems out of nowhere, but I have to give a shout out to an awesome friend/bass player Chris Gauhan. Chris filled in for John on bass for our Chicago/Detroit weekend trip with Westpoint back in November. He’s a great fucking dude, and he knows how to slap-a-da bass.

NS: Tell us about those shows you’ve had over the past few months.

EC: They’ve been great, man. It really feels like we get tighter and more comfortable with the songs with every show. It’s also nice to just be playing live consistently again. I love it. Love it!

NS: How did you end up choosing who would be in the band’s current lineup?

EC: Well, from the beginning, I always wanted John involved on bass – I always loved his style of playing, and for as far back as I remember, we always just hit it off real well. We had talked about making music together in some form or another in the future as well, so when the time came and I needed to start finding people, John was the first to jump on board, learn all the tunes and, right now, he’s the only member who has stuck around since the beginning. John is a monster bassist.

With our guitarist, Mike, I’ve always been a huge fan of what he does from afar. I would always catch Empire of the Sea last minute, and time and time again I’d be blown away by this guitar player jumping all over the place, creating these huge soundscapes. So when I needed a guitar player to come on the road with us for two dates, on a whim I reached out to Mike just to see what he would say – we weren’t really friends up to this point either – and without hesitation he said, “Absolutely.” I also never realized how good of a singer Mike was until we started practicing together; he really blew me away.

With Steve, it was sort of the same thing. I was actually introduced to him by Dave Spak [co-founder of Exploding in Sound Records]. I had sent Dave the initial recording of “Only in the Way” and asked for his feedback about the tune and mentioned I was looking for drummers. He immediately told me that I should get in touch with Steve. Oddly enough, Steve ended up doing live sound for University Drive’s first show at the AfA Gallery; that’s when we got to meet in person, and we hit it off almost immediately. When we needed a drummer for some gigs on the road, he jumped at the opportunity. He’s an awesome musician. Not only is he a monster drummer, but he’s a songwriter/producer/engineer and he can play just about every instrument. Plus, he sings like an angel.

NS: You wrote and recorded the band’s initial songs yourself. How has it been working on those same songs with a full band? Has it changed those songs at all?

EC: Yes and no. For the majority of the tunes, their live arrangements are pretty much identical to the recorded versions. But certain little changes are constantly happening in songs, things I would never have thought of on my own. The guys are really respectful of the material as is, and they’re super tasteful as far as the bits of character they add to each song. In short, the songs just sound better with these guys playing them.

NS: Have you worked on any new songs with the full band?

EC: Not many. We’ve been primarily focused on honing the live set and making it as strong as possible. However, we did jam on, like, I think three of my songs, and one random riff that just popped up at a practice. It was really fun, and I can’t wait to work together. I’ve been sending them new demos along the way of songs I’m currently working on for their feedback. I don’t know; it’s all been really fun and easygoing.

NS: Tell us about this particular song, “Sinking.” What is this song about?

EC: Well, I wrote “Sinking” around the same time I wrote the A Social State song “Dizzy.” It’s actually an old demo I recorded for A Social State that we ultimately ended up scrapping. “Sinking,” like “Dizzy,” was just a snapshot of where my head was at during that timeframe. I was starting to really doubt my ambitions and my motives. I was considering just giving up on music and in life all together. It wasn’t a good time for me.

“Sinking” was the first song I wrote where I was pretty bluntly addressing my dissatisfaction with everything and where I was taking a hard look inward. For example, the chorus lyric – “I’m sinking my teeth into something foreign to my eyes” – it was my way of saying, “I’m kind of at the end of my rope here, and I’m truly considering doing something else with my life… or doing nothing with it… I’m going to do it… I’m going to let go of all of this.” I know that might seem a bit overdramatic, but it’s where my head was at at the time.

NS: How does this version differ from the “Temperamental EP” version you released last year through Disposition Collective?

EC: It’s a different mix/master of the song, but nothing too different. It’s just nice to be able to give this song the proper push that I think it deserves. I always really loved this one.

NS: What are your plans for the new album?

EC: Our full-length record, “On/Off: Reset,” is available for digital preorders now, and the official digital release date is Friday, March 31. We will have some physical discs soon, too. I can’t say exactly when, but we will have them soon. Getting the actual music out there into the world is what’s most important to us at the moment. As for future recordings, we aren’t going to be making another LP anytime super soon, but I wouldn’t rule out EPs and splits. 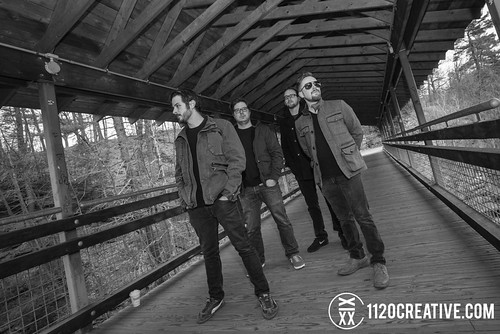 NS: How did you end up getting signed to Fightless Records?

EC: Whenever I make a recording, I send it literally everywhere. Every record I’ve ever made I’ve sent to just about every indie/major label you possibly could. I always end up getting way too invested in sending the record out, and I end up wasting a lot of time and energy waiting and hoping for a response. For this band, I decided I was not going to that. After the record was complete, I gave myself two weeks to send stuff out. If didn’t hear anything back, I would release it independently – no bullshit, no sitting around and waiting, no getting angry. I just wanted to keep making things happen.

Right when I stopped worrying so much about getting a reply, that’s when Fightless got back to me. They’ve been nothing but awesome. They’re essentially a new indie label based out of Ontario, Canada. Just a couple of dudes with some amazing resources, and a hell of a lot of ambition. They just seemed so excited about the music and so passionate about what they were doing – I felt like it would have been stupid to not seize the opportunity to work with them. So far, they’re absolutely killing it, and I’m so grateful that they wanted to work with University Drive.

NS: Many bands are hesitant to work with labels these days, but it seems they’ve been good to you so far.

EC: They’re fucking great. I’m in contact with them almost daily and they’re just really good, hardworking people. Their prime concern is to help us get to where we want to go. They’re very selfless, they’re easy to talk to, and have been a huge help and asset to us.

NS: What’s next for the band?

EC: We have a bunch of gigs coming up and I’m super excited for those. Yeah, I’m really excited and grateful to be playing live again.

EC: Yes! I have to give a big shout out and huge thank you to Disposition Collective Records. Those guys were super good to me and helped this project immensely for no reason outside of them just being good people. I urge everyone to support them and check out all the bands/artists involved with them.

I also want to thank all of my close friends, my family, and anyone who has been supporting what I do over the years. Your support has never gone unnoticed or underappreciated. I’m also so proud and thankful to be a part of the growing and ever-changing NEPA music scene. The amount of talent here never ceases to amaze me. I’m just very proud to be associated with our little scene.