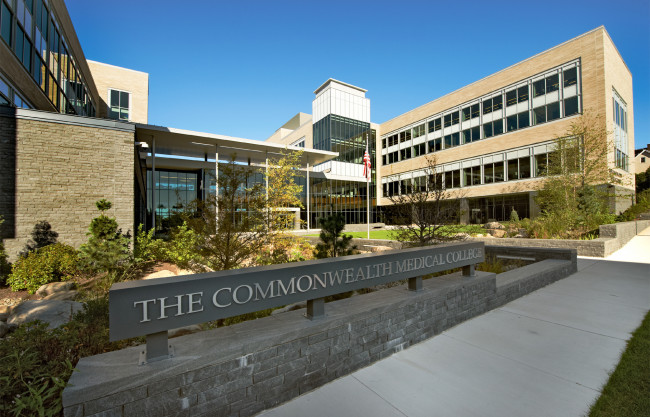 As we come up on the 2017 Transgender Awareness Conference, scheduled to take place on Monday, April 10 at the Geisinger Commonwealth School of Medicine (formerly the Commonwealth Medical College) in Scranton, I feel compelled to be there. In its fifth year, we see that the conference has undergone something of a name change, now called the Transgender Awareness Conference rather than the Trans Health Conference. Looking at the schedule of events, I can understand why, as the focus is on introducing medical students and staff at the college to the transgender community, equipping them with information on who we are and how to treat us. It’s about raising awareness.

I’ve attended the conference the last two years and even spoke on a panel last year. It’s a good source of information on trans healthcare and a great way to meet other transgender folks who are in attendance.

This year, however, I find myself torn and disappointed with the program and the speakers themselves.

The schedule of events begins with Dr. Jason Rafferty discussing “TransChildren and Family.” Following him, L. Elaine Dutton, LCSW, and Dane Menkin from the Mazzoni Center will discuss “Pediatric and Adolescent Comprehensive Transgender Services.” At 11 a.m., Alisa Bowman, author of “Raising the Transgender Child,” will provide a keynote speech before the conference breaks for lunch and then splits into multiple breakout sessions for the remainder of the day.

I don’t know exactly what the breakout sessions will consist of, but judging by the titles of the sessions and the audiences they are intended for, as indicated on the program, I’m pretty dissatisfied. It appears to me that very little of what’s offered will actually be for transgender people. Even worse is that very few of the speakers will be transgender themselves. This bothers me a great deal. How can you have a transgender awareness conference with mostly cisgender speakers? That seems very wrong to me.

Just to give you an idea of where I’m coming from, the last several weeks have been a glut of dire news for us, followed by so-called “experts” asserting their opinions on transgender identities by cisgender people – what bathrooms we can use, how our kids should be raised, the number of anti-trans, anti-LGBT bills being passed in different states, and the ever-present personal attacks and accusations that we are perverts, predators, deviants, and pedophiles. All this without a transgender person in sight to give their own take on the subjects, to allow us to defend ourselves.

Even the topic of whether or not transgender women are actually women, based on how they were “socialized,” got plenty of airtime by a prominent name in the feminist movement, Chimamanda Ngozi Adichie. And although very few of these outlets saw fit to give airtime to us to respond, the trans community has been responding – on blogs, Facebook, Twitter, YouTube, and beyond. The rebuttals I’ve read have been spot-on. They’ve been informative, heart-wrenching, and absolutely right. I feel there’s a lot of room for them to change peoples’ minds – if anyone would choose to listen. One rebuttal that struck a chord with me was Katelyn Burns’ Twitter essay on the topic of how trans women are socialized. Raquel Willis’ rebuttal to Adichie’s comments is equally amazing. This is what you get when you allow transgender persons to speak for themselves – you get to know them, the real them.

So, yes, I am quite over “cisplaining.” I’m done with cisgender opinions on who and what transgender people are while we sit on the sidelines with a lot to say and no way to say it, no matter how informed and sympathetic they may be… which brings us back to the subject of the Transgender Awareness Conference.

Again, I have nothing against the speakers personally. I know several of them, and they are experts on their chosen subjects, to be sure. But the lack of trans representation disturbs me. It leaves me feeling left out, as though the conversation will be about us, not with us. Further, to have panels that aren’t even for us? Try as I might to understand this concept, I just can’t.

I find that I do agree with one sentiment, however; giving the stage to speakers who have worked or cared for transgender people puts them in a unique position. Who better than Dr. James Anasti, who specializes in obstetrics, gynecology, and reproductive endocrinology, whose career spans decades of administering hormone therapy to transgender patients, to talk about hormone replacement therapy in transgender individuals? (Full disclosure: he is my current endocrinologist). This is one of the few panels aimed at a transgender audience, but including information that will be useful to cisgender people working in the medical field.

Then, take Alisa Bowman, who wrote “Raising the Transgender Child” and is, in fact, raising a transgender child. Certainly, she must be a fount of information on the subject. To this end, I’m happy and find my needs satisfied, despite this panel not being specifically for a transgender audience, although it’s quite possible that there could be a trans parent raising a trans child in the audience.

Another breakout session will discuss HIV and PrEP, an extremely important topic, to be sure. However, it does somewhat conflate being transgender with that of being a matter of sexuality, a criticism common of this type of informational session, as it paints us as being highly promiscuous, a common stereotype of transgender people that is also not true of most transgender people. (Believe me – I’ve heard from so many other trans individuals who encounter feelings of guilt and shame over their anatomy when the subject of sexuality comes up, not to mention abuse and rape, leading to more than one trans person admitting they feel too traumatized to consider sexual relations. For a lot of us, we’d simply rather abstain from sex until we are very, very sure that the person, or persons, we are interacting with are “safe.”)

Several other panels are, likewise, aimed at medical personnel, educators, and administrative personnel, owing to the fact that this conference will be taking place at a medical college, intended for students, staff, and practicing medical personnel. One of the only sessions specifically for transgender people will be on the topic of personal protection and confrontation avoidance, and even this session is somewhat problematic for seeming to address the fact that we are at increased risk of violence, but victim blames in the way it emphasizes that we are the ones who must change ourselves and our behaviors rather than squaring the fault on an overly aggressive society that rains violence upon us in devastating numbers. We shouldn’t have to carry tasers and cans of pepper spray just to feel safe walking down the street, but until we do more to teach men not to prey on women, not to rape and kill them – cis and trans alike – I don’t see the number of rapes and murders going down any time soon.

As for what I AM interested in at this conference, there is a session that will discuss the state of Title IX. I’m also interested in hearing from Jessica Rothchild from Equality Pennsylvania, who will discuss LGBT rights in Pennsylvania and the policy changes enacted for LGBT people. But that’s about it. Only a fraction of this conference feels like it will hold any kind of meaning for me as a trans person.

Unfortunately, attempts to reach out to conference organizers to get more clarification and input on my concerns did not yield sufficient results. I heard back from them, but I do not feel my concerns were properly addressed. Questions were unsatisfactorily answered. What is going on with the organization this year?

It appears to me that there is very little opportunity, at a conference about us, for us to tell our stories, to discuss how we would like to be treated, to talk about who we are, and that is almost unconscionable. Transgender persons must be the ones to speak, because who else will address the state of trans healthcare in this area? Who will talk about the fact that there are little to no healthcare options available for transgender people in Northeastern Pennsylvania? We have some excellent mental health/therapeutic resources, but nothing in the way of endocrinology/hormone replacement therapy expertise. Even primary care physicians have little information about our existence, and even less interest in learning. We must drive up to two hours away – to the Mazzoni Center in Philadelphia or to see endocrinologists in the Bethlehem/Allentown area – if we want to see a doctor who can treat us with hormone replacement therapy.

This conference will, at best, discuss issues on how to treat trans people, how to work with trans people, how to raise trans people, etc., but with very little coming from trans people themselves. This is about how cisgender people will handle us in their schools, their hospitals, their workplaces, and their bathrooms, as opposed to giving us a voice and an active role in reshaping the sociopolitical climate of this area. Who will tell the stories of discrimination in hospitals and doctor’s offices? Who will talk about nurses misgendering us, referring to us with the wrong titles, dismissing our concerns, and hurting us rather than healing us simply because they do not like who we are? Or the gatekeeping therapists who promise us letters of recommendation for gender marker changes, hormone therapy, and gender confirming surgeries, but never deliver unless we agree to an arbitrary battery of “gender identity tests” and practices long ago abandoned by legitimate therapists? Or those who deny our very existence altogether and, instead, attempt to “cure” us of being transgender through extremely harmful “conversion therapies?”

Do you think a cisgender person is going to properly convey what it’s like to be asked inappropriate questions about private parts, or relationships, or sexuality, or any of the other myriad ways a medical professional can invade and prod into subjects that are irrelevant and nonessential to our care, simply to fulfill their own morbid curiosity? Outside of a handful of cisgender people out there, do any of them know that these kinds of abuses of power go on every day?

How could they when they can’t even hear us speak?

There needs to be a transgender conference, and it absolutely needs to be in this area. But I don’t think this is it, at least not in the direction it’s going this year. So much of the discourse in our day-to-day lives is about us, completely without us. And that’s not something I want to give equal time to. I don’t know if I will be attending the Transgender Awareness Conference this year. I don’t know if any transgender person should… until major revisions are made to the programming and more focus is given to us to get the things and the information that we really need. It’s more important now than ever.