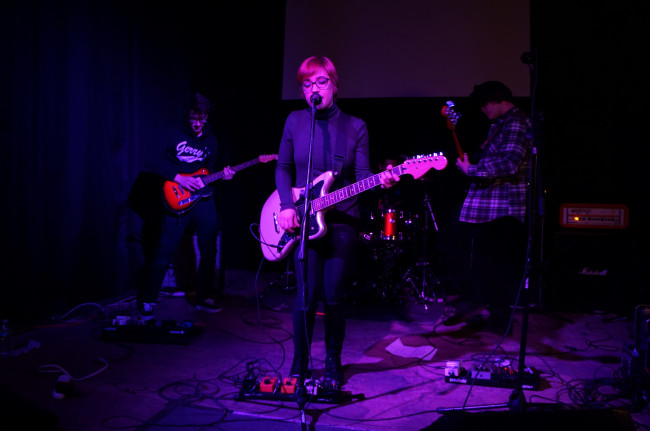 Here we are, in Donald Trump’s second month as president, with a new Muslim ban to replace the extremely unconstitutional one that came before it and a worse health care plan designed to replace the Affordable Care Act, titled – I kid you not – H.R. 1275 – World’s Greatest Healthcare Plan of 2017.

I mean, come on. Seriously? Seriously. That’s what they called it. You can’t make this stuff up…

And so, we find ourselves here… a world where people fully believe that poor folk don’t deserve health care. A day and age where the idea that “somebody else might get something” is so odious and loathsome that they will tear apart a working system to push their own in. And, I mean, I don’t want to make accusations, but I’m pretty sure a great deal of the motivation behind this movement had to do with the fact that the guy who put the existing system in there – you know, the man it was “named” after – just happened to have dark skin. So, there’s that.

Aside from mourning a future that might have been, we’re left fighting for every shred of dignity we have left. Part of that dignity comes from knowing that people have a place they can turn to when they become sick or pregnant. Or even if they just want to avoid becoming pregnant, or they want to avoid getting a sexually transmitted disease, such as AIDS. Assuming these are reasonable things to ask for — which, they are — for many people, Planned Parenthood is the only option available to them. For now, that is.

There has been, and continues to be, a push to defund Planned Parenthood. It was a campaign promise when Trump was running for president, and now he has the power to actually do it. However, Kaitlin Kishbaugh is not here for that.

Kishbaugh, seeing all the services that Planned Parenthood provides — far, far beyond abortions — decided that it was time she got involved. And she started by organizing a benefit show at The Other Side (attached to Bart & Urby’s) in Wilkes-Barre last Friday, March 3.

“I was so mad at what was going on that I texted my boyfriend and told him that I need to put a show together for Planned Parenthood,” Kishbaugh told me. Her boyfriend, Mike Melishky, who plays bass in the hardcore punk band Maniac, was all in.

“People have a misconception of Planned Parenthood, and I just want to show that it’s important. I’m just trying to make people realize that they help so many people.”

Along with Maniac, the other bands playing were Worn, Far Away Places, and Spur, providing a good mix of hardcore, punk rock, and dream punk.

To me, punk rock has always been about politics and liberalism. There’s a fair amount of silliness, to be sure, and a lot of it mostly just borders on people shouting angry, dirty words into a microphone, backed by distorted guitars and drums for several minutes, but the bands that really got to me were the ones that had something to say — something I agreed with and felt empowered by. From early punk to alternative and the “Riot Grrrl” movement in the ’90s, this has always been the soundtrack to my own personal revolution. And, for a lot folks like Kishbaugh, it’s the soundtrack they identify with as well.

“I’ve always loved music,” Kishbaugh said, telling me that, “I started going to shows when I was, like, 12 or 13. And that’s when I realized that music isn’t just stuff on the radio, that it’s actually really important. Being in the hardcore scene, I started to really form my own opinions on things. I think it’s made me a stronger person.”

Indeed, it’s hard for me to argue against that when I get it. I know exactly what she means.

Meanwhile, over at the merch table, I spied something that I could hardly believe I was seeing. I saw a shirt with the trans flag colors and the word SPUR on it. Immediately, I grabbed my girlfriend Andrea’s arm and shot her a look that says, “Do you see this? Am I seeing this?” And she affirmed. “Can this really mean what I think it means?” I wondered as I made my way to the merch table. I decided to find out.

When I got there, I talked to the drummer of Spur, Fabrizio Marra, and I asked about the shirt. Marra told me that two of the members are genderqueer, and I was immediately impressed. I couldn’t wait to see this band, and I couldn’t wait to meet them.

Spur are a “dream punk” band, as described on their Bandcamp page. Their music features swirling guitars, vocals just at the cusp of drowning in reverb, and other elements that stem from psychedelic music, but with enough of an aggressive edge (provided by the pounding drums and upbeat tempos) to keep it from verging too far towards soporific navel gazing. It seems a bit out of place with the hardcore/punk acts that are also playing this show, but it’s great.

As their set ended, I patiently waited to talk to them before waving down James Jaskolka, who plays bass and provides backing vocals.

“I just couldn’t wait to talk to you,” I tell James, who uses gender-neutral pronouns. Likewise, they seemed happy to see me.

“I saw you and your girlfriend, and I got so excited!” they told me. “I’m so glad to meet you! I’m glad you’re here!” Between the both of us, I don’t know who is more elated; we simply each cannot believe what is happening.

I’ve been going to local punk rock shows since the mid-’90s. I’ve been in the mosh pit at Sea-Seas in Moosic, and I fondly remember Cafe Metro, which was across the street from tonight’s venue, when it was open. I’ve seen hundreds of bands come and go at venues that have long since shut down. If you had told me that, someday, I’d be standing in the front row at a punk rock show as a fully-out transgender woman, with my transgender girlfriend, watching a band with transgender members, I would have never believed you. It just never seemed possible in a scene that seemed to thrive on toxic masculinity. As liberal as punk rock can be, I just never felt that the local scene was very LGBT friendly. And yet, there I was, standing with Andrea, watching a band with transgender musicians.

“What is my life, even?” I would write the following day on Facebook. And it is that exact sentiment that I share with James Jaskolka as we converse. I simply did not expect any of this.

When I met with lead singer and guitarist Toni Pennello, who told me that they also prefer gender neutral pronouns but that feminine pronouns are acceptable, I was still in mild shock. We talked about the history of the band, and how, over the past three years, Spur has gone from a side project to the main focus of its members. Centralized in Wilkes-Barre, they planned a CD release party the week prior at The Other Side, making this their local scene.

Before long, we turned back to the discussion at hand and the topic of Planned Parenthood, and what it means to reproductive health for women.

“Planned Parenthood is crazy important to so many people,” Toni told me. “It’s horribly discouraging to know that so many people are opposed to it.”

Toni said that they use Planned Parenthood and sympathize with the many people who rely on it as their primary source of health care, wondering what would happen if it were to suddenly no longer exist. “Luckily, there are a lot of people in the area who support Planned Parenthood and recognize that it’s for reproductive health and how important that is.”

All together, the show was a huge success. The turnout was higher than anyone could have expected, and even Kaitlin admitted that it surpassed her wildest dreams. In the end, $3,343 was donated to Planned Parenthood, and people had an awesome time doing it. Punk rock is not dead, giving a voice to another generation of marginalized people. The soundtrack of the revolution plays on.