All good things must come to an end, but that doesn’t mean those things can’t spring into new opportunities. After producing 62 episodes of the NEPA Scene Podcast at The Stude in TwentyFiveEight Studios in Scranton, schedules became too hectic and co-hosts moved out of the area, so now, almost eight months later, the podcast has finally found a new home with new co-hosts and a fresh format.

The podcast will now be presented as a live, multi-camera show that streams in high definition on NEPA Scene’s Facebook page on Wednesday nights at 7 p.m. Every episode, which will run about an hour long, is then converted into a free audio podcast on iTunes, SoundCloud, and Stitcher, while the video version will be available to watch on Facebook and YouTube. Viewers are encouraged to tune in and interact during the Facebook Live stream so that the hosts can address comments and answer questions as they come in.

In Episode 1, the new crew introduces ourselves and discusses what we do and why we do it. We talk about the interesting ways we met, how we became involved and invested in the arts and entertainment scene in Northeastern Pennsylvania, what NEPA Scene’s purpose and place is in all of it, the “Valley with a heart” versus the hard-boiled cynicism of the area, the impressive talent in NEPA and why people need to go out and support it, following your own passions, and what our future plans are for the show. We also respond to a few live viewers.

In The Last Word segment and in other parts of the show, we discuss the NEPA Scene Scene Stage Time open mic, the unintended consequences of streaming it live (like dealing with armchair critics), and the importance of open mics in helping people develop and grow as artists. 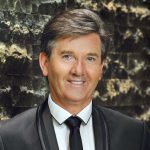 Scranton metal band Threatpoint gets their ‘Wish’ with heaviest album yet