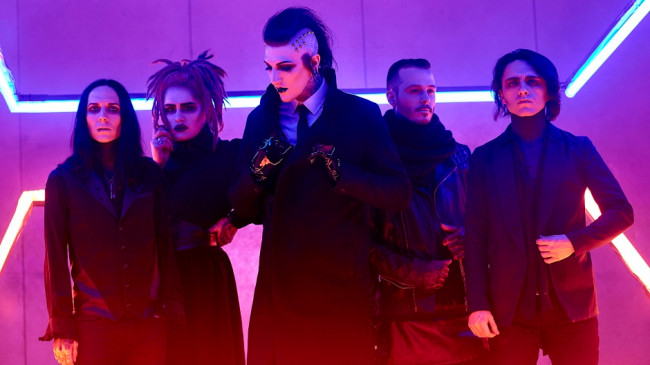 Scranton metal band Motionless In White is once again providing an official theme song for an NXT TakeOver event, this time in Orlando, Florida on Saturday, April 1.

Growing since its inception in 2012, NXT is a developmental division of the WWE. Motionless In White was the first-ever NXT Loud artist, providing theme songs for other specials like NXT TakeOver: Unstoppable in 2015. Along with songs by Crown the Empire, I Prevail, and Baroness, NXT TakeOver: Orlando will use MIW’s latest single, “Loud (Fuck It),” which debuted a little over a week ago with a brand new music video. The event will be streamed live on the subscription-based WWE Network.

Listening to the track again now, it definitely sounds like the perfect wrestler entrance theme or the background of a series of badass wrestling clips and highlights:

With the premiere of “Loud (Fuck It)” on March 2, the band also unveiled the creepy cover of “Graveyard Shift,” their upcoming Roadrunner Records debut, chosen from many fan entries in an artwork contest held late last year. The songs “570” and “Eternally Yours” from the record, due out May 5, have already been released, and the full tracklist reveals that Korn frontman Jonathan Davis performs guest vocals on the third track, “Necessary Evil.”

MIW will join Los Angeles alternative metal band In This Moment on their Half God, Half Devil Tour this spring, which stops at the Sherman Theater in Stroudsburg on Saturday, April 22. Then they’ll hit the road with fellow metal acts Avenged Sevenfold and Volbeat on The Stage World Tour, which comes to the Giant Center in Hershey on Tuesday, May 9, so there will be plenty of opportunities to see the band live in the area.

If you can’t catch either show, though, and you’re a wrestling fan, NXT and the WWE will likely be featuring their music for years to come.