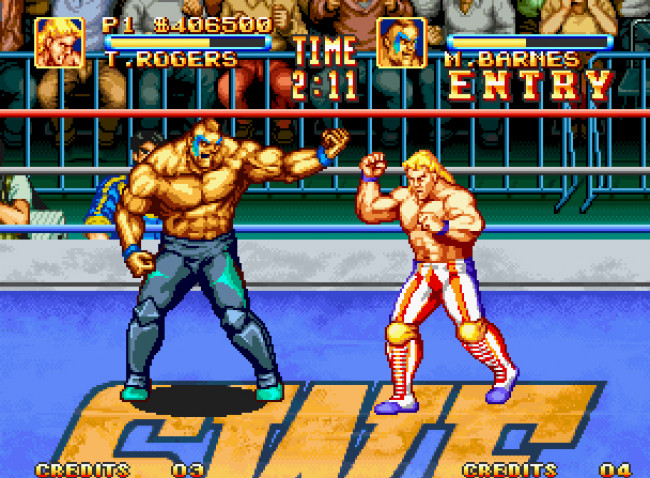 While the 1980s were largely considered the Golden Age of arcades, the 1990s created a flavor distinctly its own within those hallowed halls across the country, with games like “Mortal Kombat,” “NBA Jam,” and “Street Fighter II” taking center stage with other notables. More than ever, gamers wanted that arcade experience at home but, in the ‘90s, the only way to do so came at a steep expense in the form of the Neo Geo.

Due to the Neo Geo’s AES console costing $650 in 1990 (that’s $1,200 in 2017 when accounting for inflation!), many gamers did not get to experience this luxury console. So just what did this machine that was declared the most expensive home console of all time in 2013 bring to the table? That’s what this month is about, as we begin today’s Turn to Channel 3 with “3 Count Bout!”

“3 Count Bout” does sport a soundtrack that is decidedly different from many of its contemporaries in the realm of wrestling games of the time. The problem, obviously, is the repetitive nature in which these songs and sounds are used. There’s very little to convey a change in difficulty, environment, or even importance in what you’re doing, so it is easy – too easy – to become so bored with what you’re listening to that you turn the volume down or mute it all together, which is a shame because you should want to hear entrance songs and the action of the matches as you progress through.

But “3 Count Bout” gives you a soundtrack that’s far from special; thus, as a gamer, you may feel that you’re not engaging in anything special on the Neo Geo. The only thing that may help “3 Count Bout” stand apart in the audio department would be some solid ring announcing before each match.

Graphically, “3 Count Bout” possesses big sprites, a huge ring, and some bright, eye-catching colors to go along with the more gritty, hard-hitting moments in the game. The Neo Geo AES was about bringing the arcade experience home, and on eye candy alone, you do feel like you’re playing an arcade game, not just one on a typical home console. The problem, yet again, is the huge lack of variety, with a lackluster roster of characters that is neither vast nor detailed enough to have any one character truly stand out.

I also felt that there could have been more cut scenes or at least something at the end of each match that made you feel you actually accomplished something.

Don’t get me wrong, “3 Count Bout” is fun to play, albeit quite difficult with a steep learning curve to start. What appealed to me was the fact that, despite this being a wrestling game, it definitely played more like a straight-up fighting game, like “Street Fighter II” or perhaps “Saturday Night Slam Masters,” to be more applicable. While this is a difficult game to grasp at first, it doesn’t discourage novices who enjoy button mashing to varying results and, trust me, when I began playing this, I was definitely within that group. With some substantial time with the game, you begin to grasp the fundamentals and, in a way, actually kind of feel silly for believing you were playing some in-depth wrestling game.

There are enough options to keep most gamers busy for a bit, but don’t expect a high replay value with “3 Count Bout.” This is mainly a game for those of us who still believe fighting games and pro wrestling were kings in the ‘90s and want to desperately relive that feeling, nothing more.

Like the opinions of gamers on this title, “3 Count Bout’s” prices on eBay are all over the map, with some copies selling for as low as $18 to more complete copies towering over $100. The jury still seems to be out on this game, but I can tell you that my opinion is, if you’re looking to build a legit Neo Geo AES library, I would avoid “3 Count Bout” unless the price is right. This is a simple novelty game that is often overlooked among the library of titles on the console, and I think there is good reason. It isn’t the best wrestling game, nor is it the best fighting game on the console. It is average, as is my feeling of satisfaction after playing it.

Next time, we head to the mound for “Baseball Stars Professional!”

Until then, enjoy some better wrestling on TV or your home console of choice and game on! 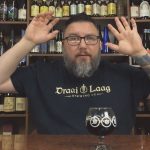