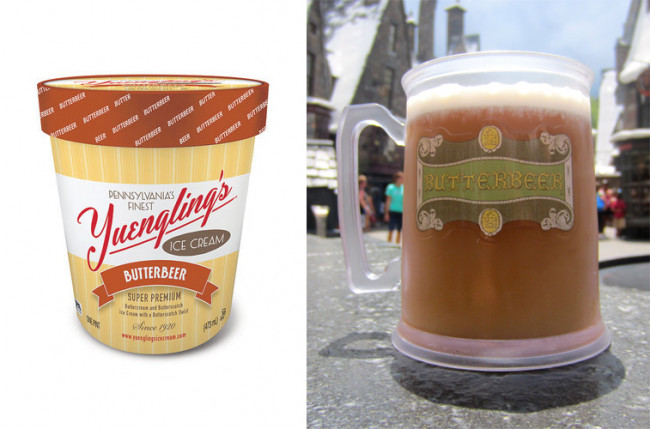 D.G. Yuengling & Son in Pottsville may be known nationwide for its craft beer, but now Yuengling’s Ice Cream will be famous in the Hogwarts School of Witchcraft and Wizardry and the Three Broom Sticks thanks to a new flavor it has debuted this week.

On Monday, March 20, Yuengling announced that Butterbeer will be added to its 18-flavor lineup. “Harry Potter” author J.K. Rowling once told Bon Appétit magazine that the fictional wizarding beverage she created tastes “a little bit like less-sickly butterscotch,” so Yuengling’s flavor is made from half buttercream ice cream, half butterscotch ice cream, and twisted with a butterscotch swirl. The result is “magical decadence that will transport you to another place and time,” according to the Yuengling website.

“We are always looking for ways to inspire our fans and spark creativity. Whether it’s our flavor names and descriptions or the recipes themselves, we’re in the business of having fun,” said David Yuengling, president of Yuengling’s Ice Cream. “We hope we made J.K. Rowling proud with this flavor.”

News of the new ice cream, which is made in Orwigsburg, Pennsylvania, a borough in Schuylkill County, has been picked up by major publications across the world and spread across Harry Potter fandom like Fiendfyre.

“My kids were big Harry Potter fans, and we wanted to do something unique,” David Yuengling told the Huffington Post.

Due to popular demand, the more traditional flavor of strawberry was also announced by Yuengling on Monday. Both flavors are currently available in pints, with quarts coming in the next few months. Gerrity’s, Wegman’s, Redner’s, Weis, Giant, Riccardo’s, Quinn’s, and other grocery stores in Northeastern Pennsylvania carry Yuengling’s Ice Cream, though there is no official word if and when Butterbeer will be found in those locations. A searchable list of stores can be found here.

Yuengling’s Ice Cream was founded during the Prohibition era and relauched in 2014 after a nearly 30-year absence from the market. While owned and operated by the Yuengling family, it is a separate company run by David Yuengling, a cousin of brewery president Dick Yuengling and a direct descendant of founder David Gottlob Jüngling, and has been since 1935.

Last week, D.G. Yuengling & Son was once again named No. 1 in the Brewers Association’s annual list of the Top 50 craft brewing companies based on beer sales volume, reaching new heights of popularity as Yuengling continues to expand its availability into new states. Maybe Yuengling’s Ice Cream can do the same, especially if they continue introducing flavors with a built-in fan base like Butterbeer. 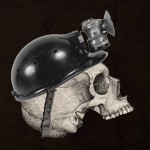