With multiple tracks hitting the Top 20 in the Billboard Hot 100 chart, including “Between Me and You” with Christina Milian, “I’m Real” and “Ain’t It Funny” with Jennifer Lopez, the Grammy-nominated No. 1 hit “Always on Time” with Ashanti, “Mesmerize” also with Ashanti, and “Wonderful” with R. Kelly and Ashanti, rapper and actor Ja Rule continues to shake up the hip-hop world.

He’ll perform at the Sherman Theater in Stroudsburg on Thursday, July 20 at 8 p.m.

Tickets, which are $35 in advance or $38 the day of the show, are on sale now and available through the Sherman Theater box office (524 Main St., Stroudsburg), online at shermantheater.com and ticketmaster.com, and all Ticketmaster outlets. VIP boxes and sky boxes are available for this show and include eight tickets (VIP box) or 12 tickets (sky box), a fruit and cheese platter, and waitstaff. To purchase box seats, call the theater at 570-420-2808.

Ja Rule’s long and successful career started in 1999 with “Venni Vetti Vecci,” which reached No. 3 on the Billboard Hot 200 list and sold more than 184,000 copies in the first few months on the market. Despite being a well-known veteran in the hip-hop world, Ja Rule still loves to tour. The artist does gigs at large concert halls as well as smaller but popular venues, such as the House of Blues in New Orleans. The rapper knows what it takes to keep his fans hopping and blends in music at these concerts from albums that date back all the way to his humble beginnings. The man’s deep base voice keeps the walls rattling at whatever venue he plays; fans always get the most out of his shows.

Ja Rule has been in the music industry long enough to put out plenty of studio albums, such as “Vecci,” “Pain Is Love” in 2001, and “R.U.L.E.” in 2004. The artist has also worked hard to get his particular sound out with an independent album, “The Mirror,” that was released in 2009. The artist’s most recent album, “Pain Is Love 2,” was released in 2012 as a follow-up to the original “Pain Is Love.” It was the first studio album he had released in eight years, signaling a full-scale comeback. In 2013, he continued that comeback with a tour that crisscrossed the country, staging concerts on both coasts. 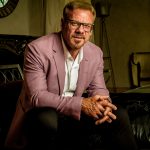