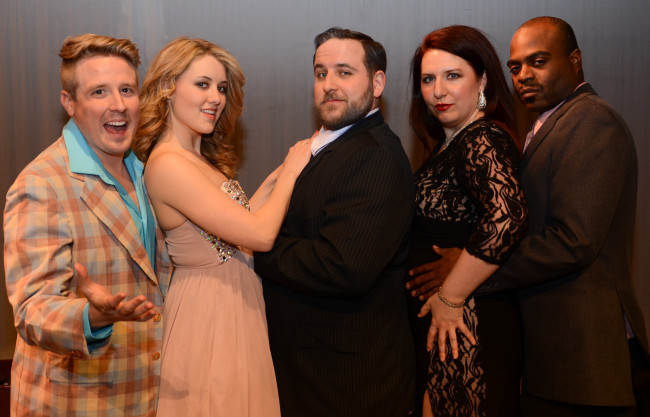 A casino, a bodyguard, a con artist or two, and some wealthy young women. Love, lies, and even a few laughs.

Little Theatre of Wilkes-Barre presents the comedic musical “Dirty Rotten Scoundrels” beginning Friday, April 21 at 8 p.m. and running through Sunday, April 30. The show is directed by Katie Lane and choreographed by Michael Marone, with musical direction by Todd Christopher.

According to Dane Bower, who plays con artist Lawrence Jameson, the show involves an older conman (Lawrence Jameson) who takes on the challenge of mentoring a younger con, Freddy Benson (played by Ian Owens). At first, the two work together but soon realize the area isn’t big enough for both of them.

Toussaint said she sees similarities and differences between her and her character.

“I am like her in that I am easily overtaken with awe in even the smallest of wonders and in that I suffer from wanderlust,” she explained, adding that people will have to come and see the show to learn how the two differ. 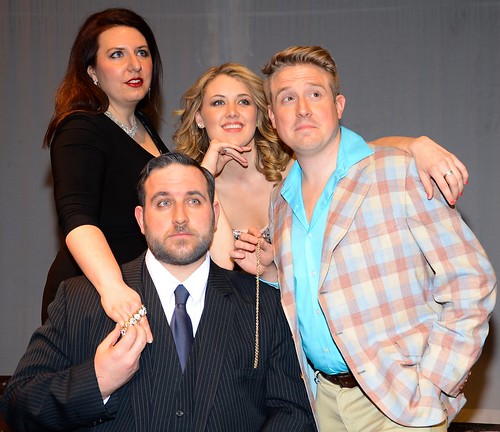 The production has been exciting to work on, she continued.

“I love many facets of this show, from the exotic and luscious setting to the strong, distinct personalities of each of the characters, to the subtle innuendos and quick, but hilarious remarks that come and go so rapidly that you do yourself an injustice if you blink,” she described.

Director Katie Lane says that, in addition to the fast-paced plotline, the show also has an outstanding, jazzy score.

“People should come see the show because it’s a super enjoyable, lighthearted show that’s easy to get lost in,” Lane said. “[And] there’s a great twist at the end.”

Bower added that the musical does an excellent job of maintaining the plotline of the 1988 film (which was directed by Frank Oz and starred Steve Martin and Michael Caine), but also advances the story through music.